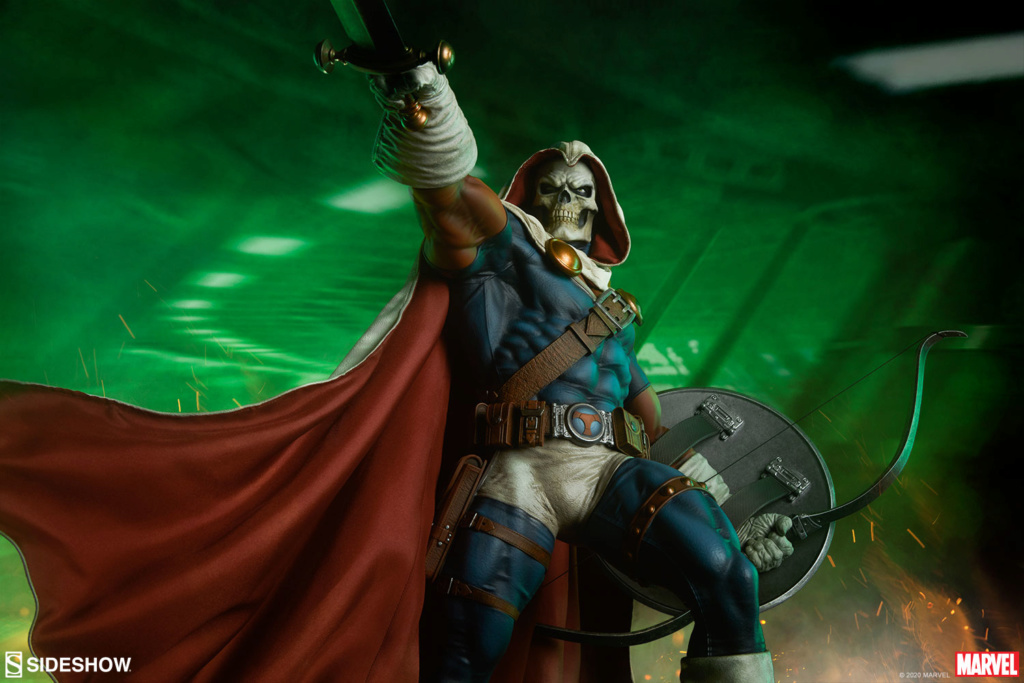 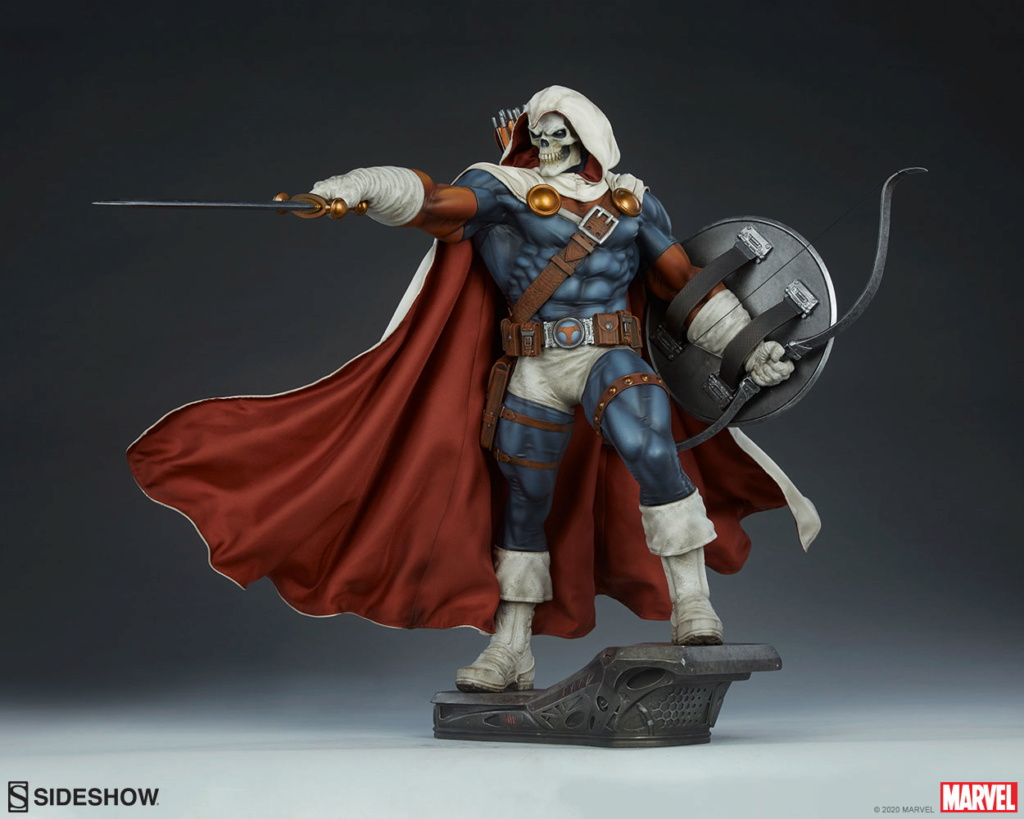 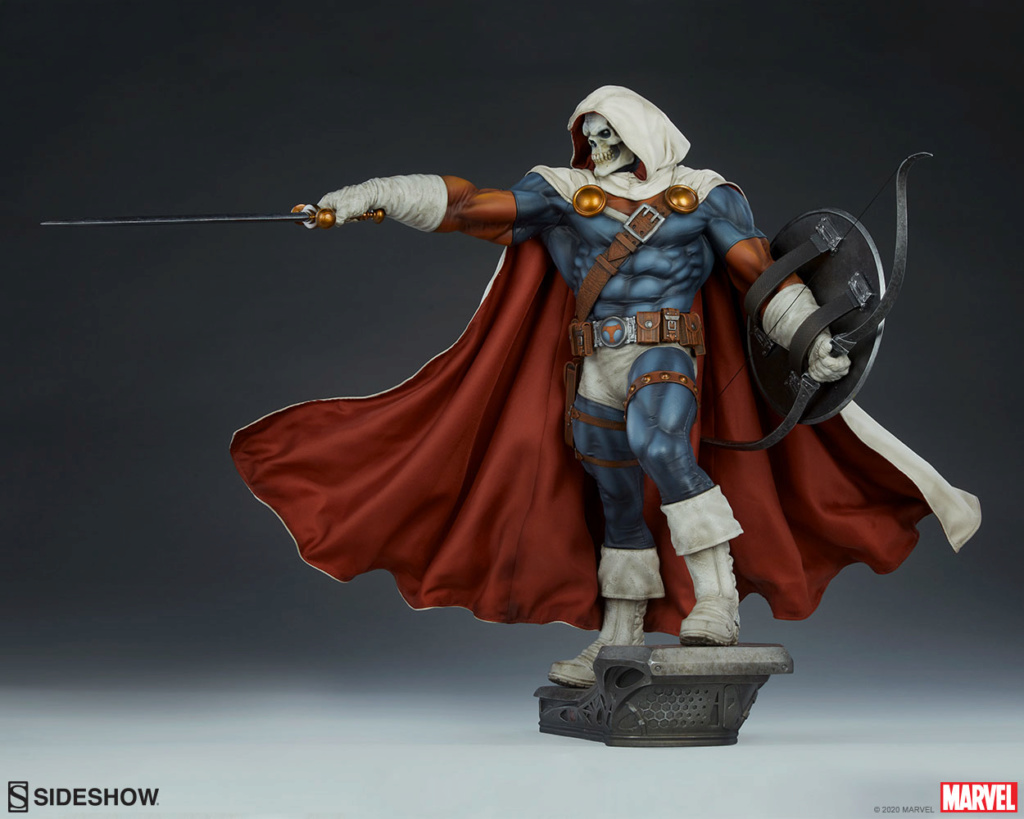 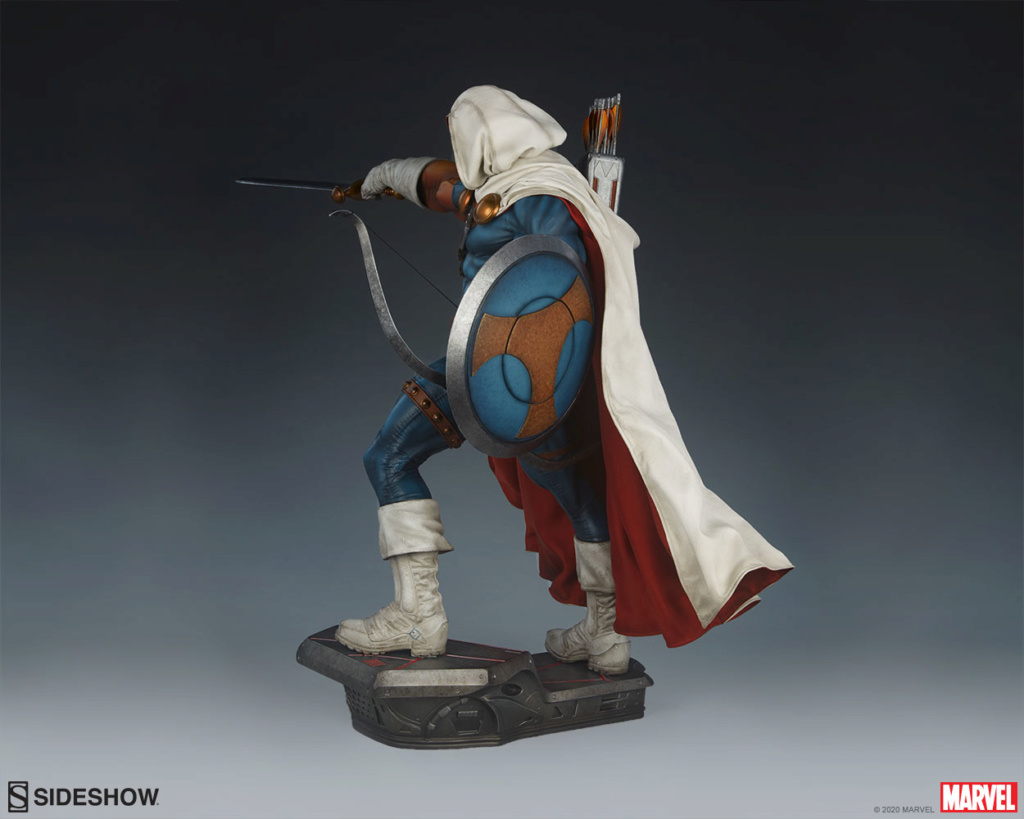 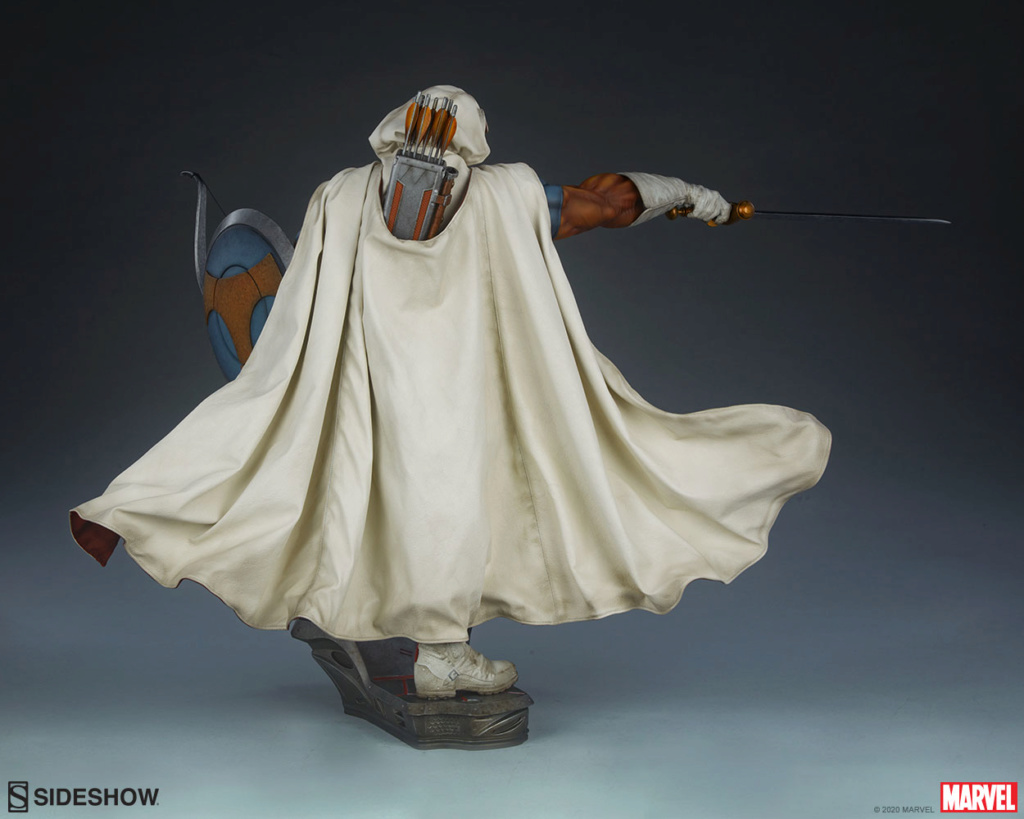 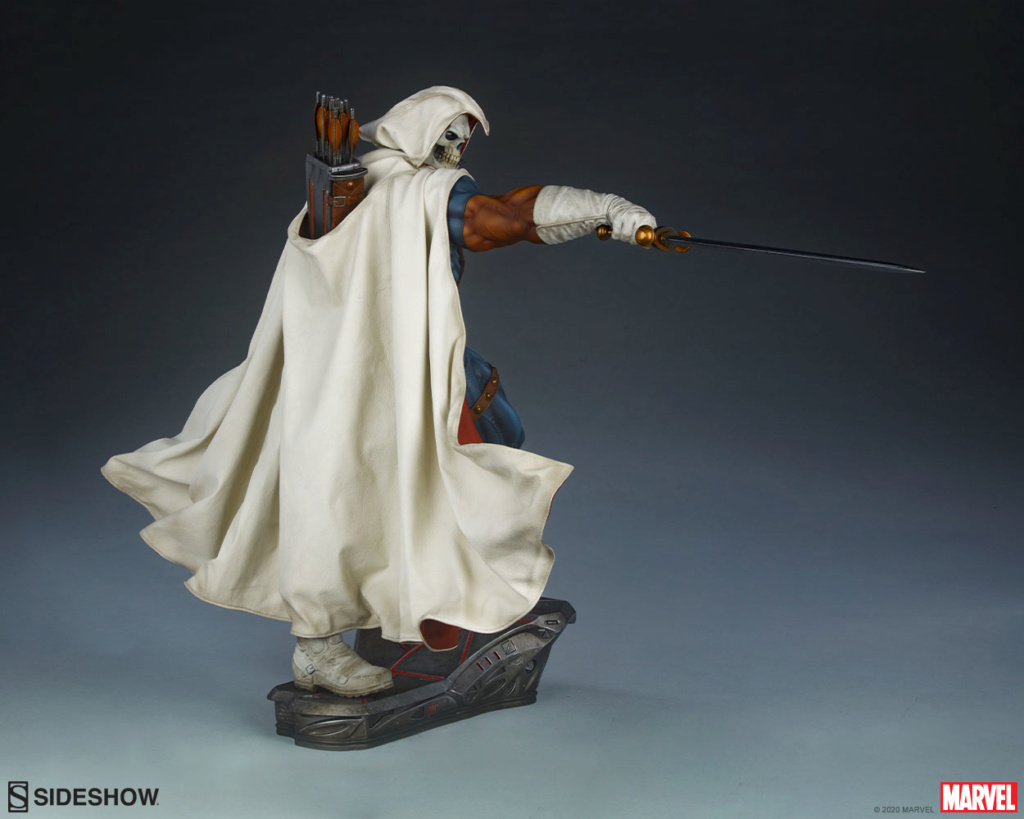 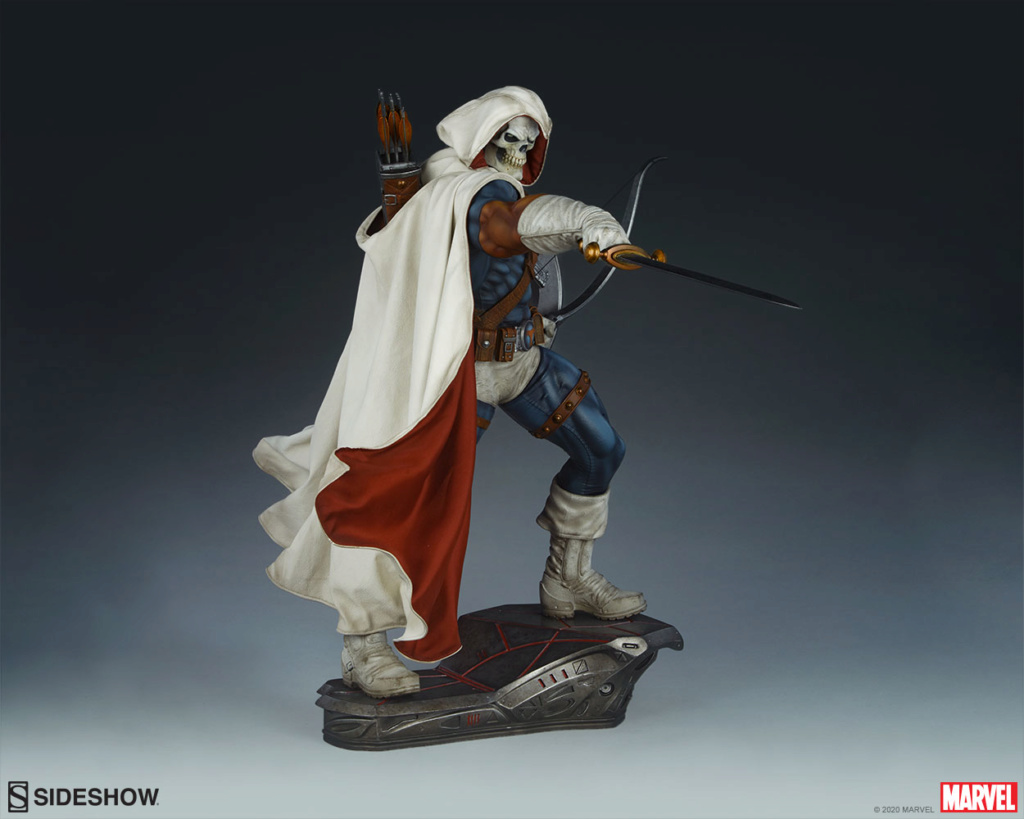 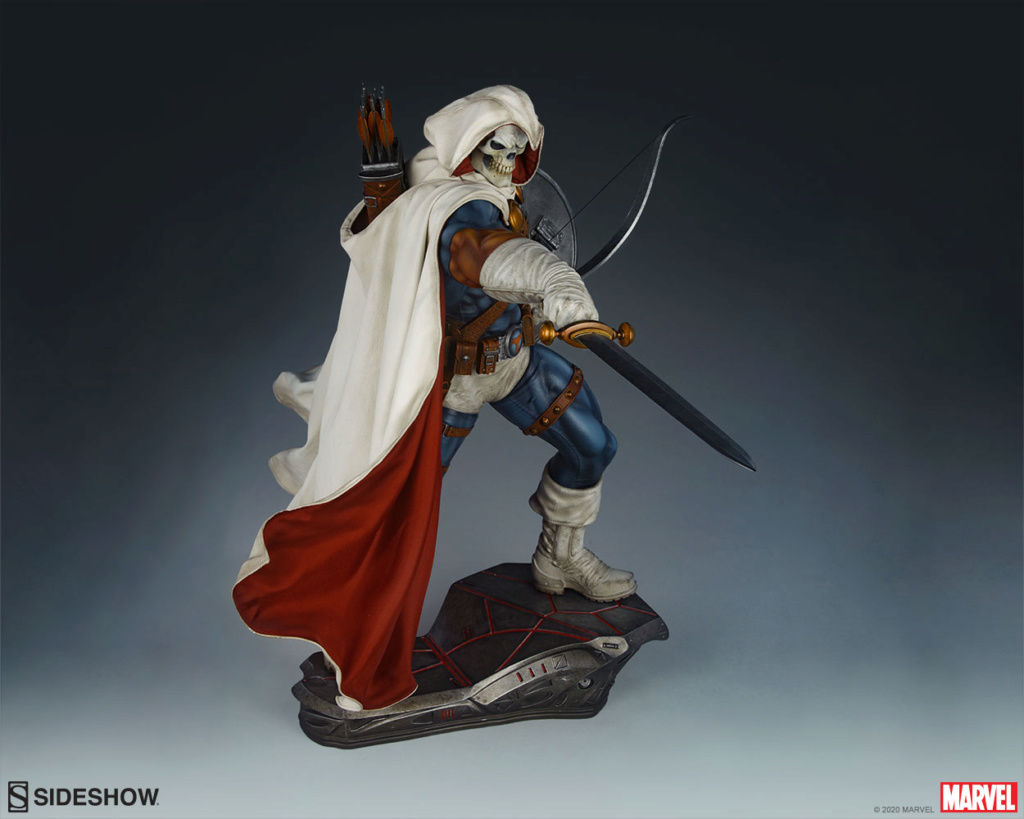 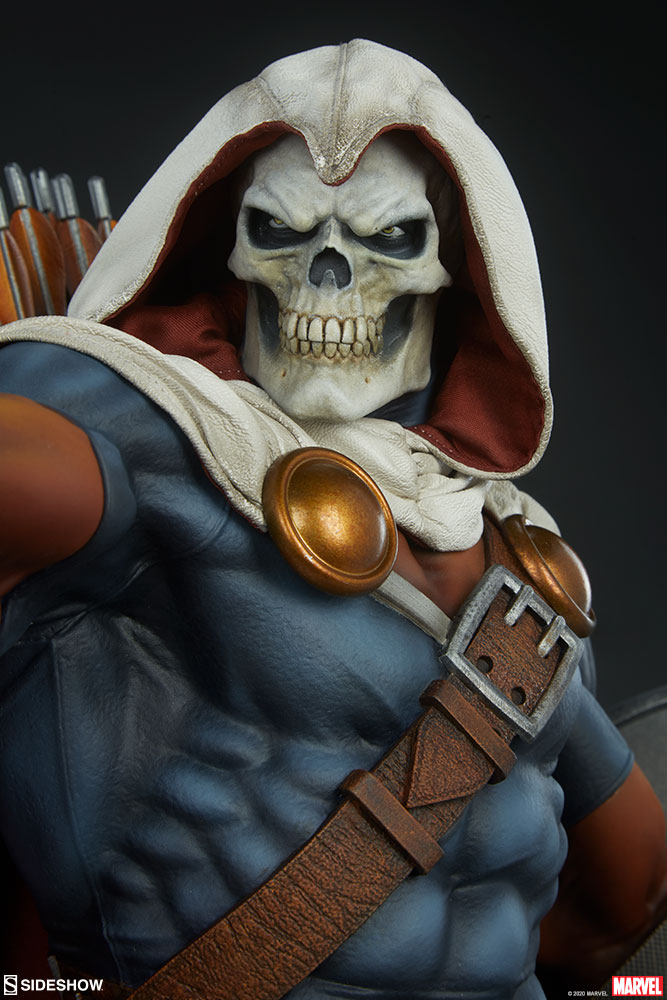 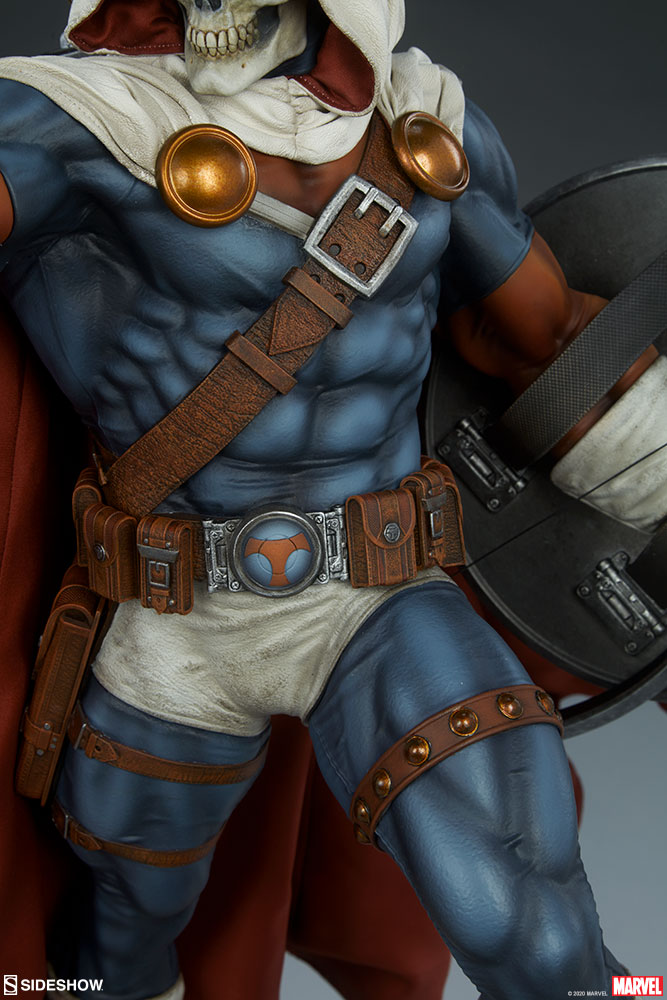 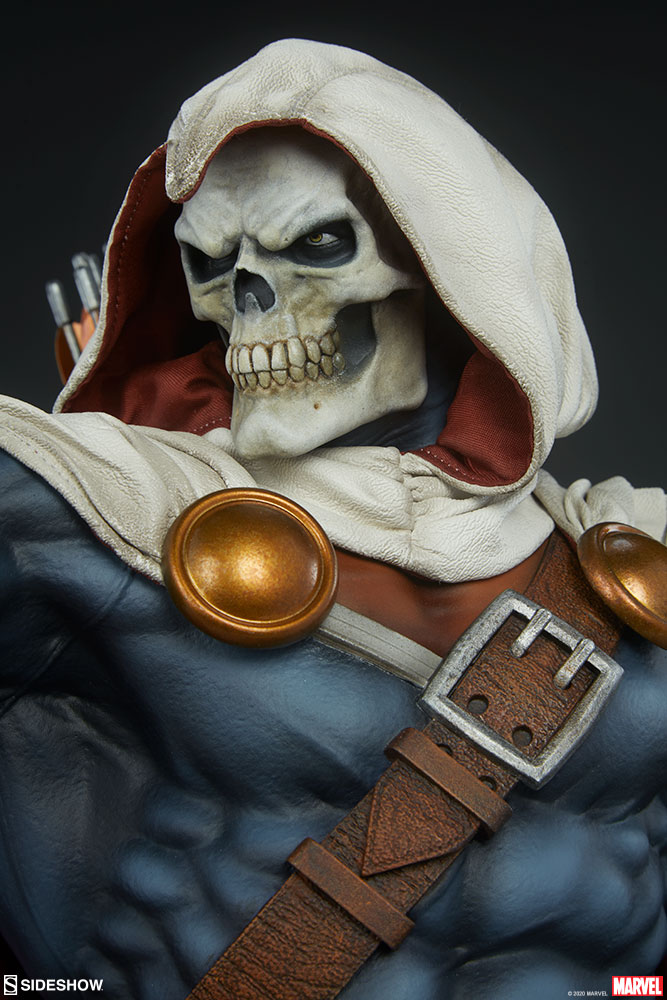 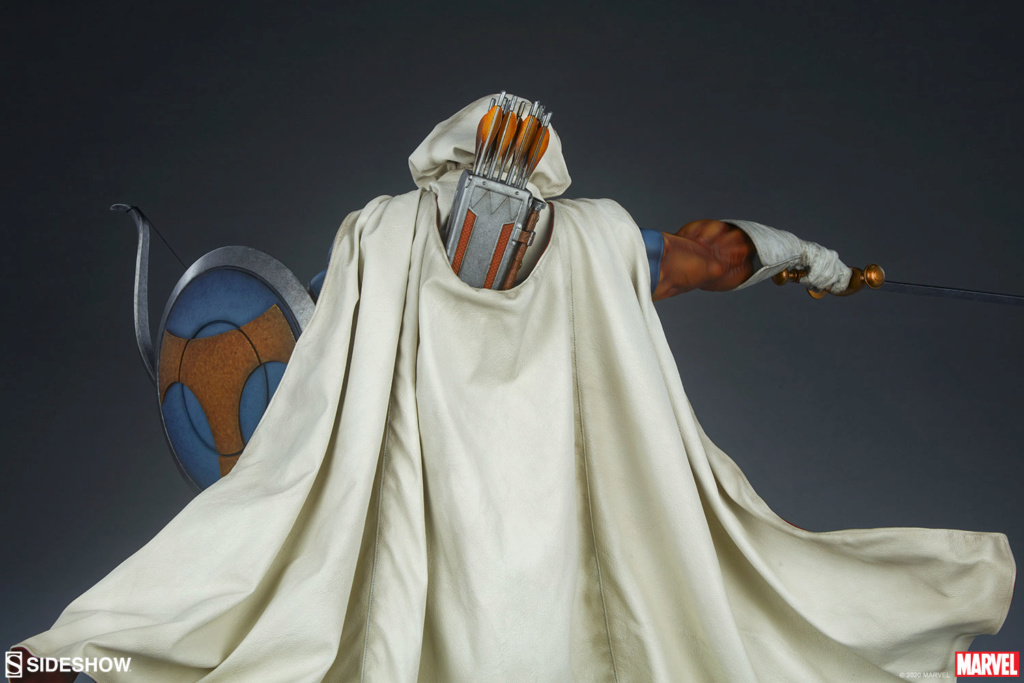 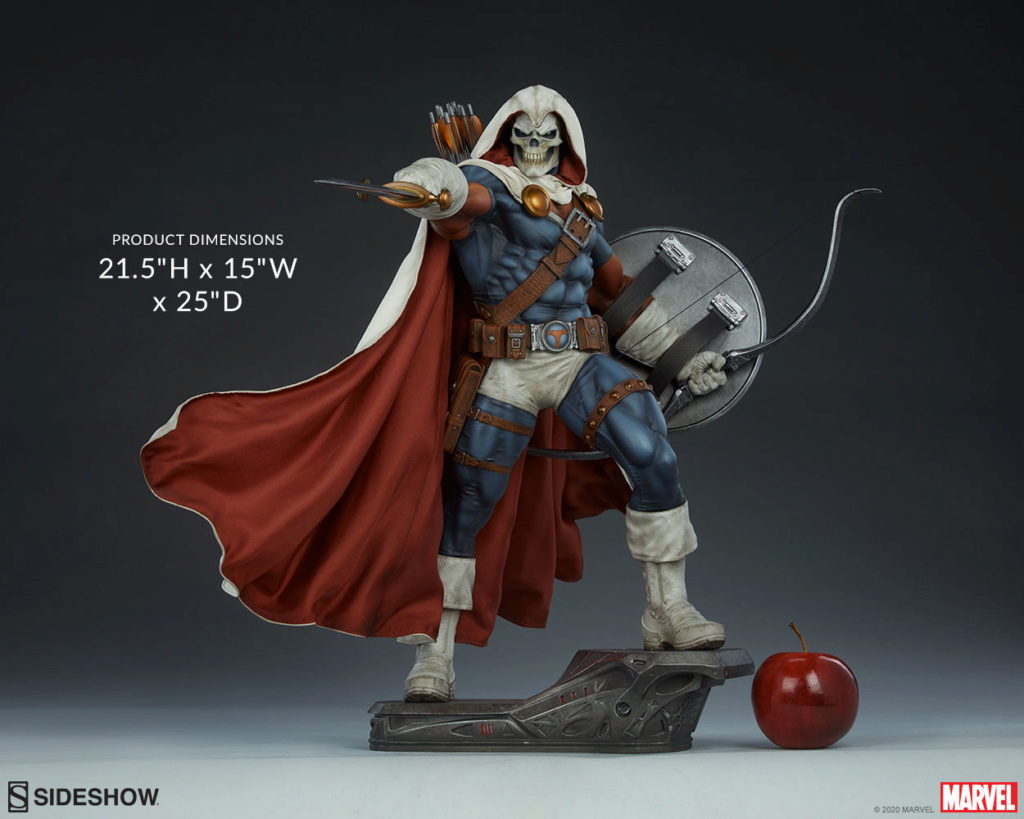 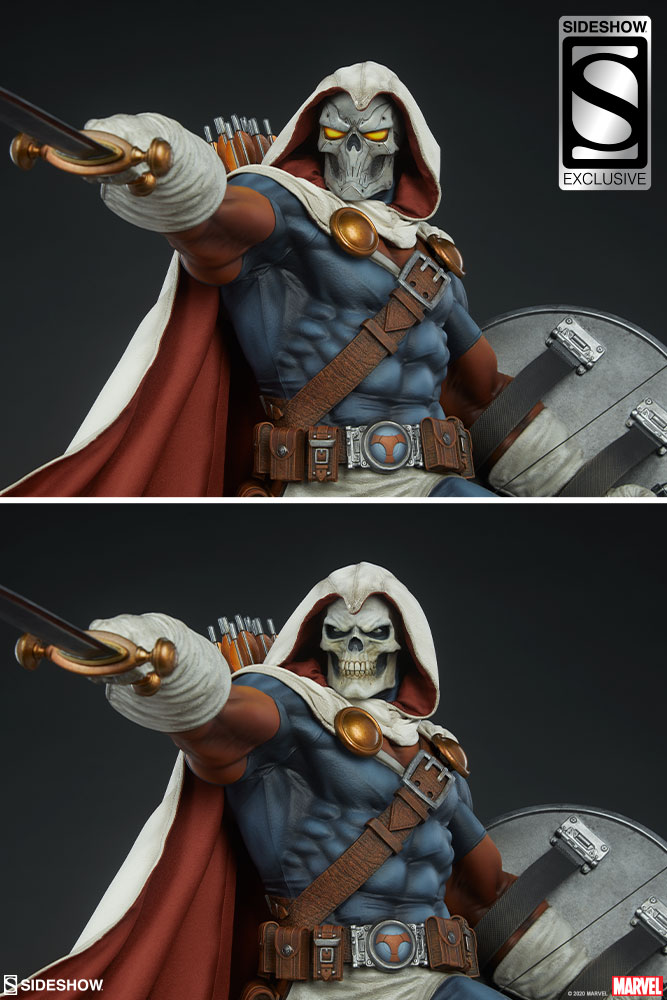 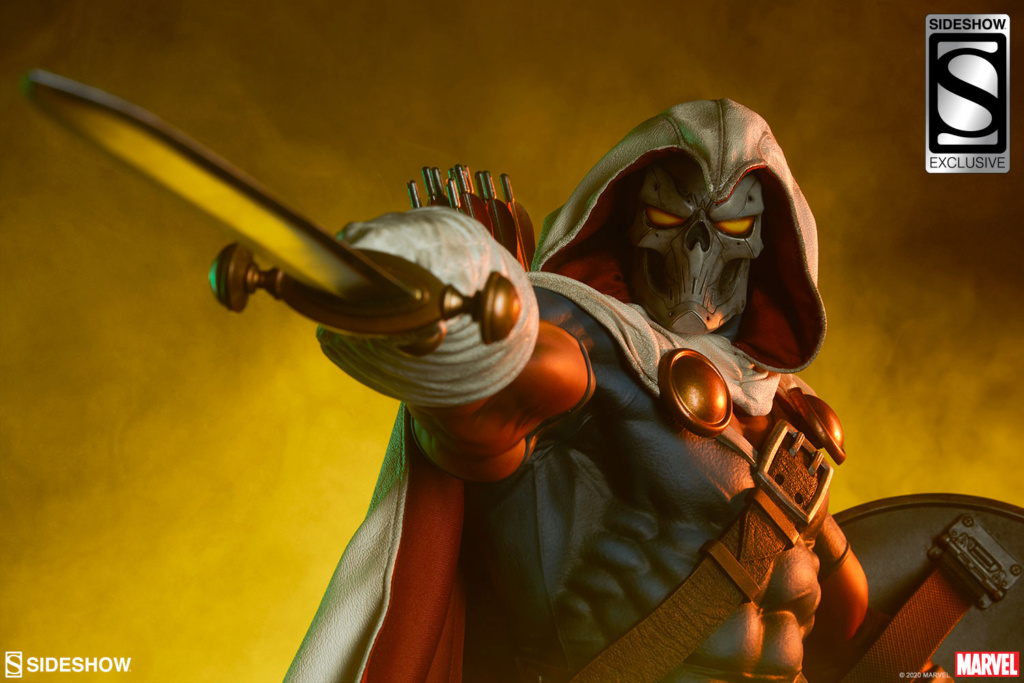 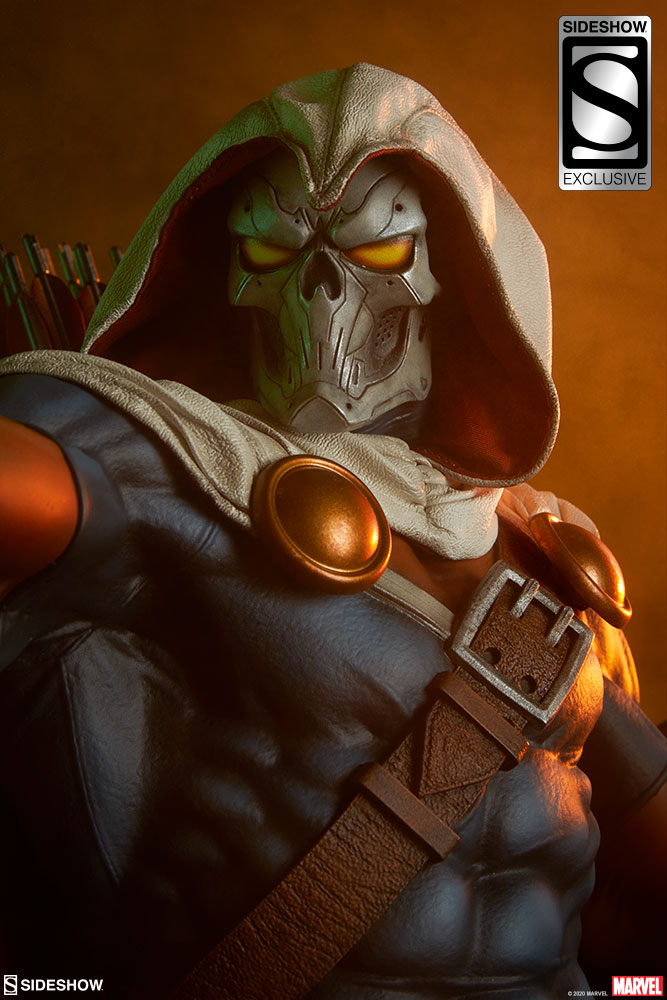 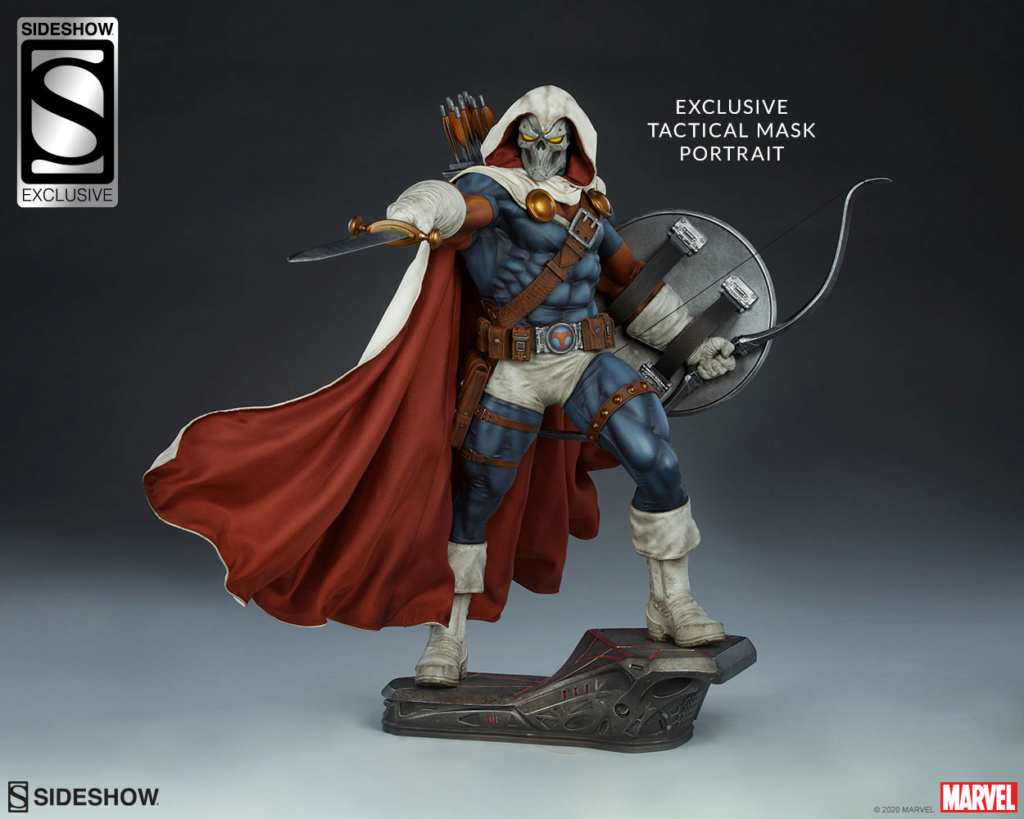 “I can counter anything you throw at me. I can mimic and adapt to any move you make.”
Sideshow presents the Taskmaster Premium Format

Figure, ready to defeat your universe of Marvel collectibles.
The Taskmaster Premium Format

Figure measures 21.5” tall and 25” wide, poised on top of a training facility base as the skilled tactician Tony Masters brandishes his sword assertively at his foes. Armed with his traditional Avengers-fighting arsenal, including the sword, a shield, and a bow and quiver, Taskmaster stands confident that he has already won the battle before it even begins.
The polyresin Taskmaster Premium Format

Figure features a mixed media costume with faithful callbacks to his earliest appearance as well as modernized elements. Taskmaster wears a wired, posable fabric cape and hood with a white textured exterior, red inner lining, and weathering details. The rest of his blue, orange, and white costume is sculpted and includes his bodysuit, belts, gloves, and boots to complete his striking look. Taskmaster’s shield and belt buckle are emblazoned with his signature ‘T’ shaped logo, and his menacing skull mask portrait gives this master combatant an ominous appearance.
Commit this Marvel villain to memory and bring home the Taskmaster Premium Format 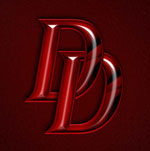