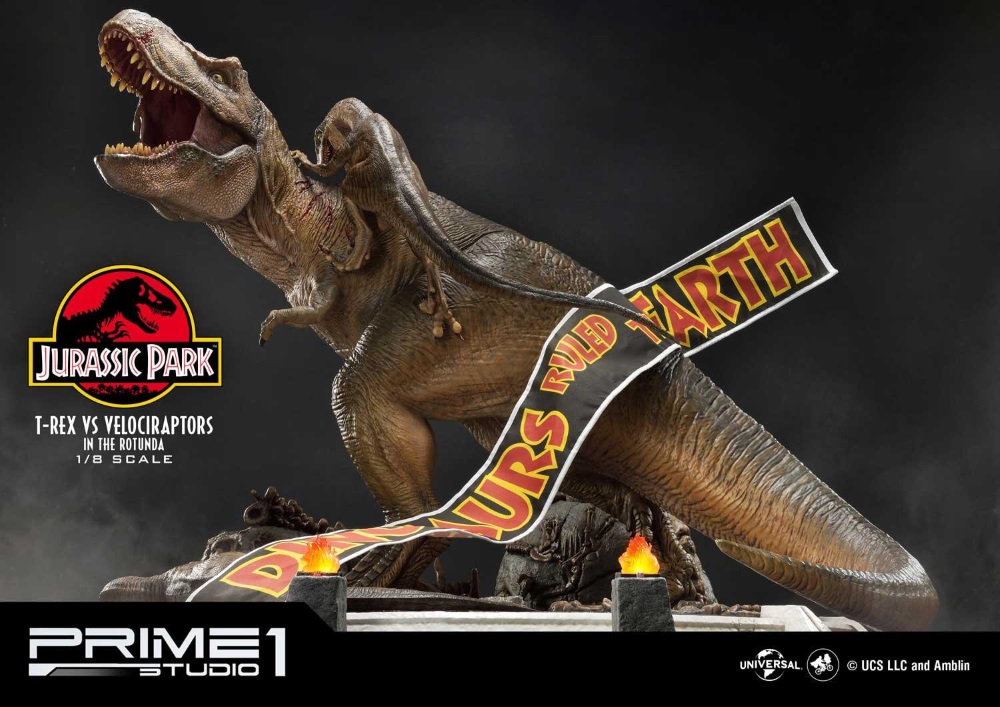 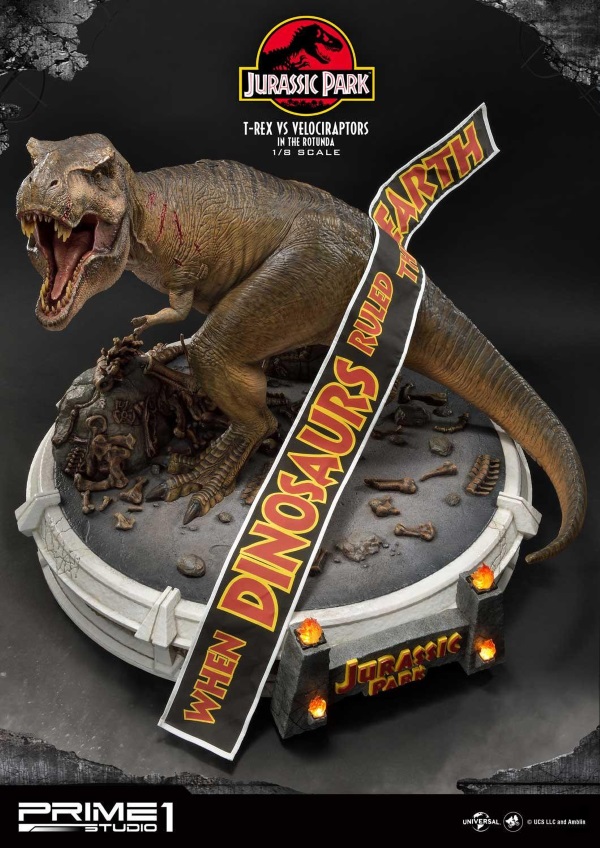 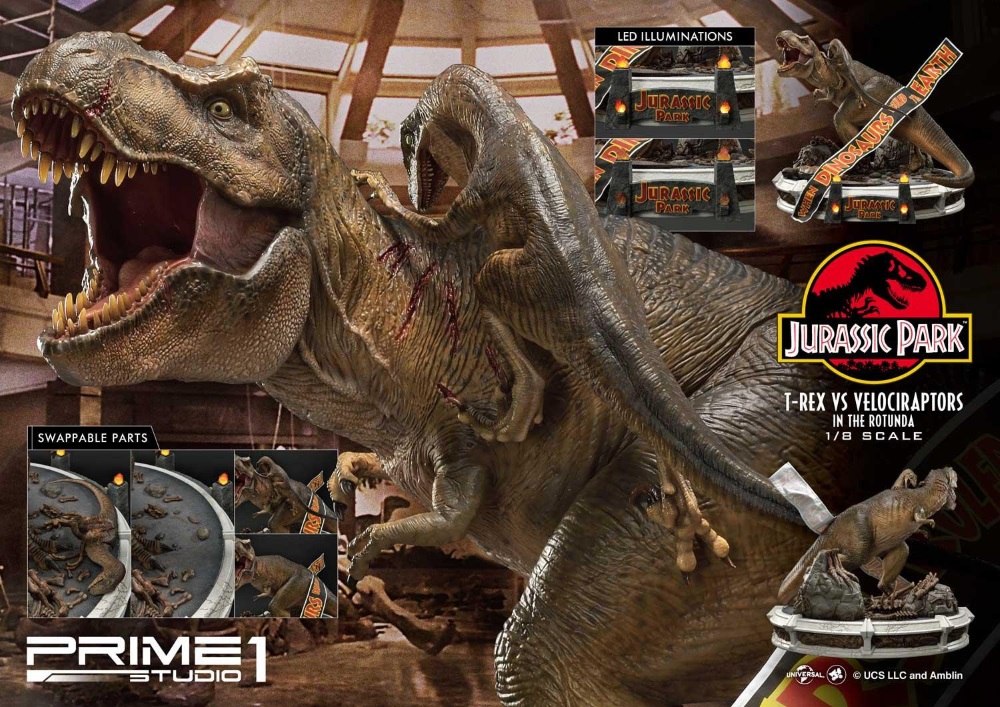 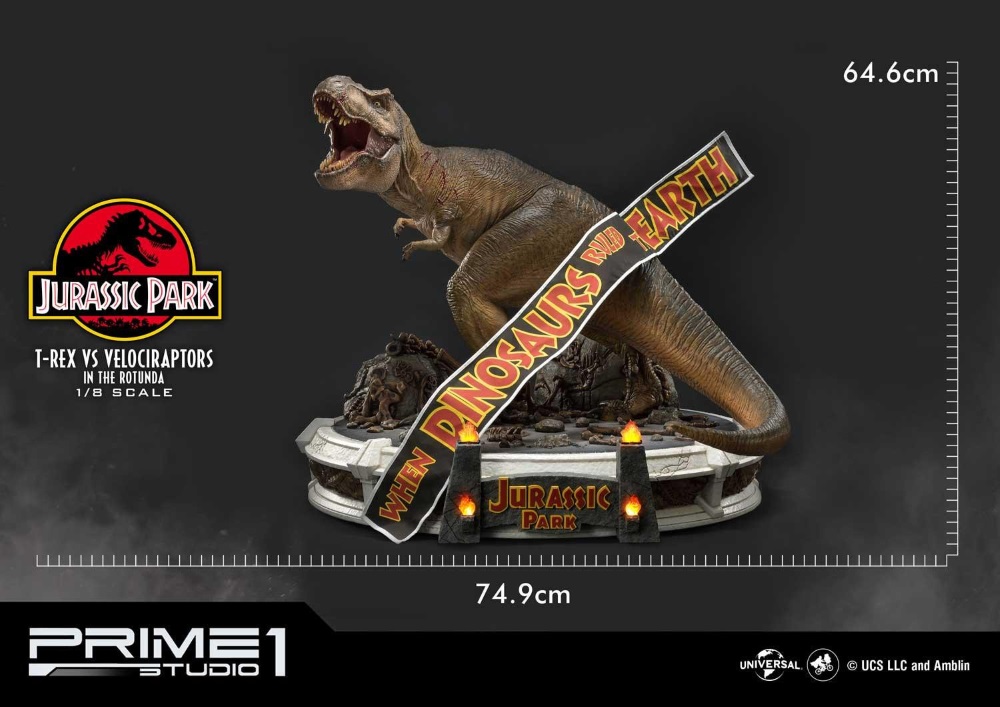 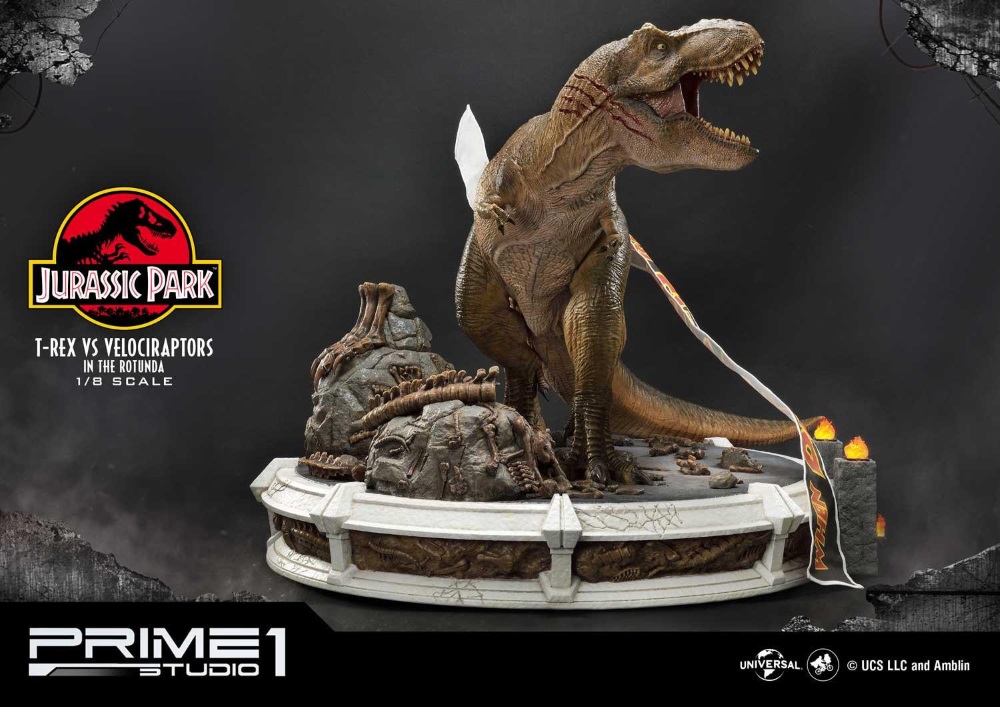 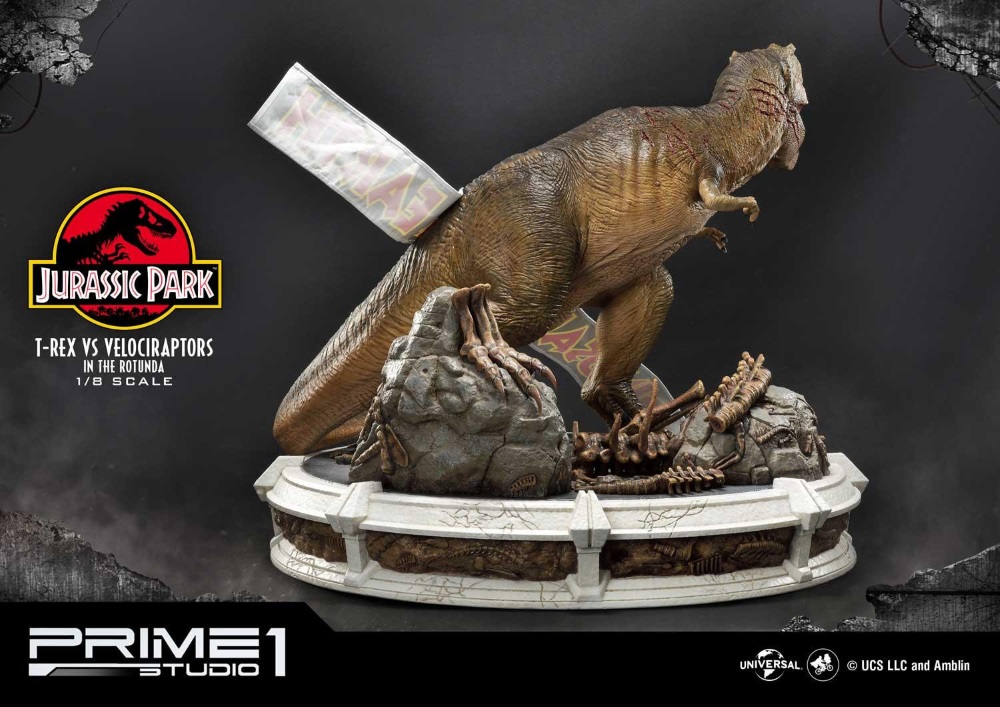 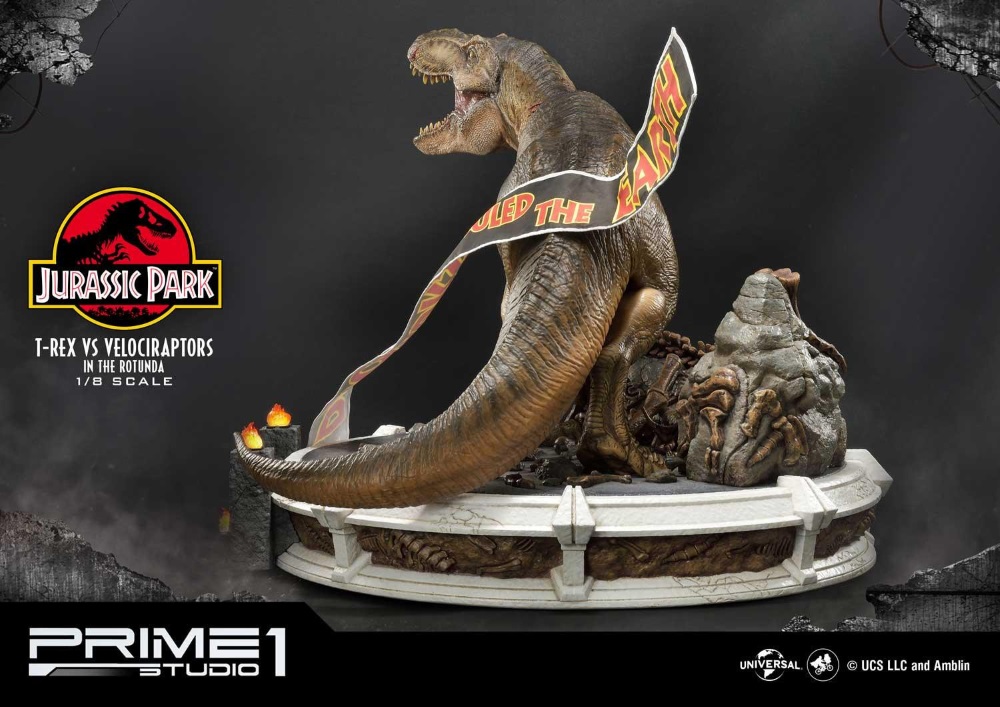 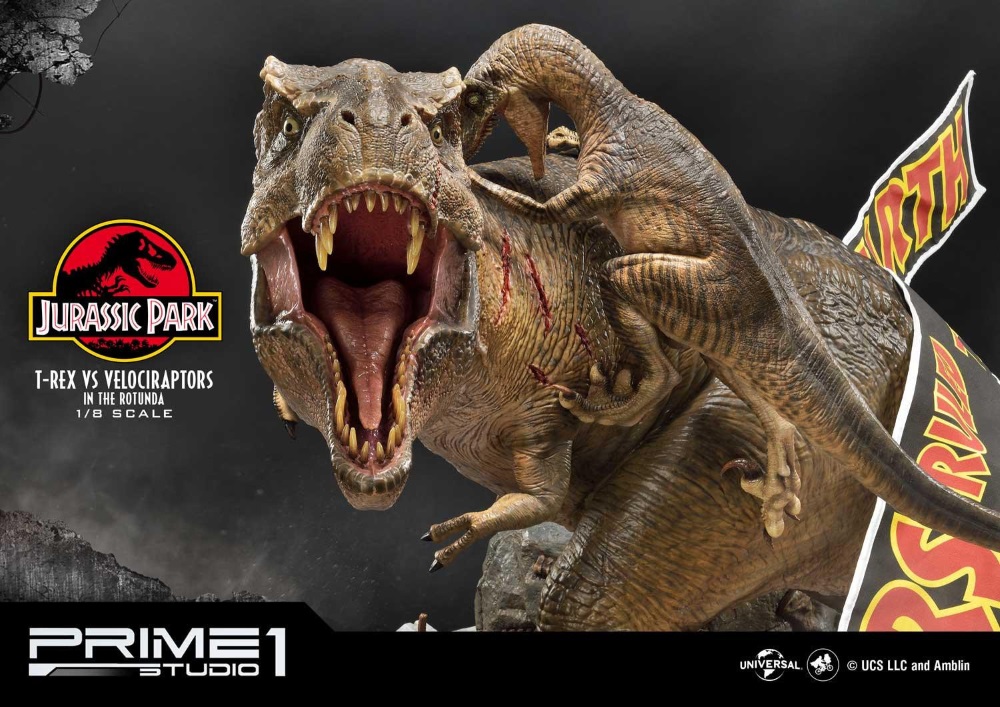 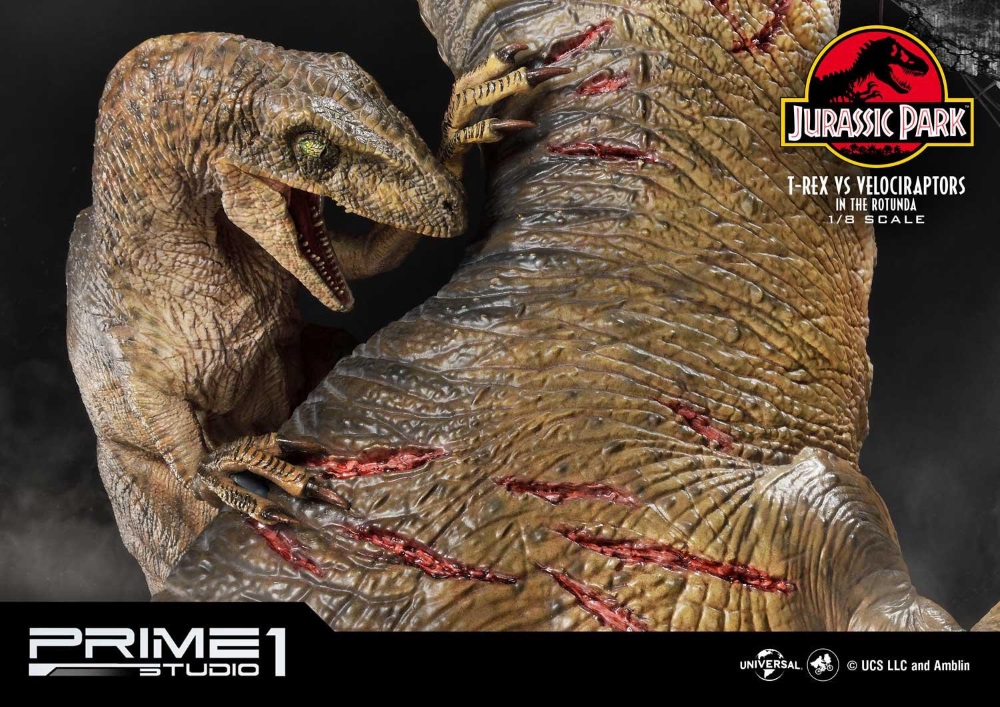 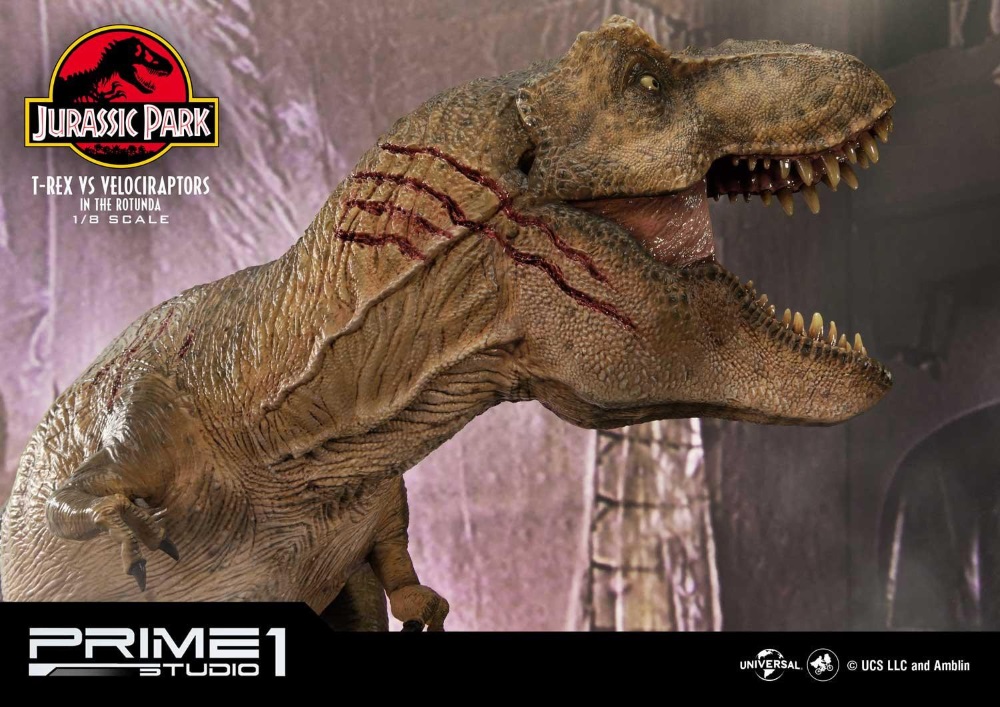 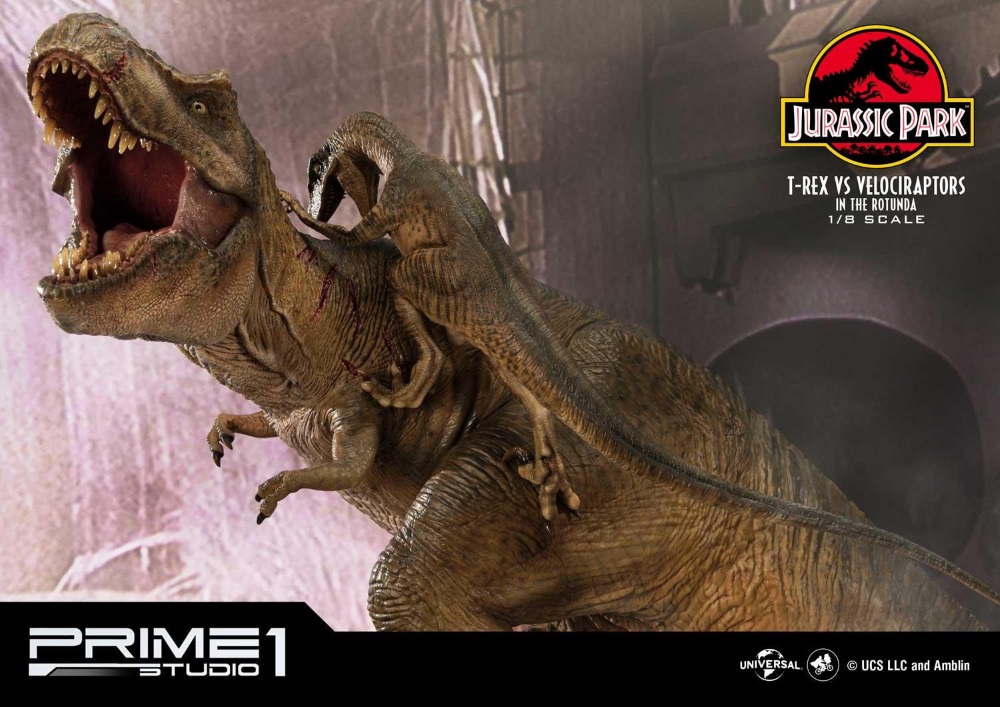 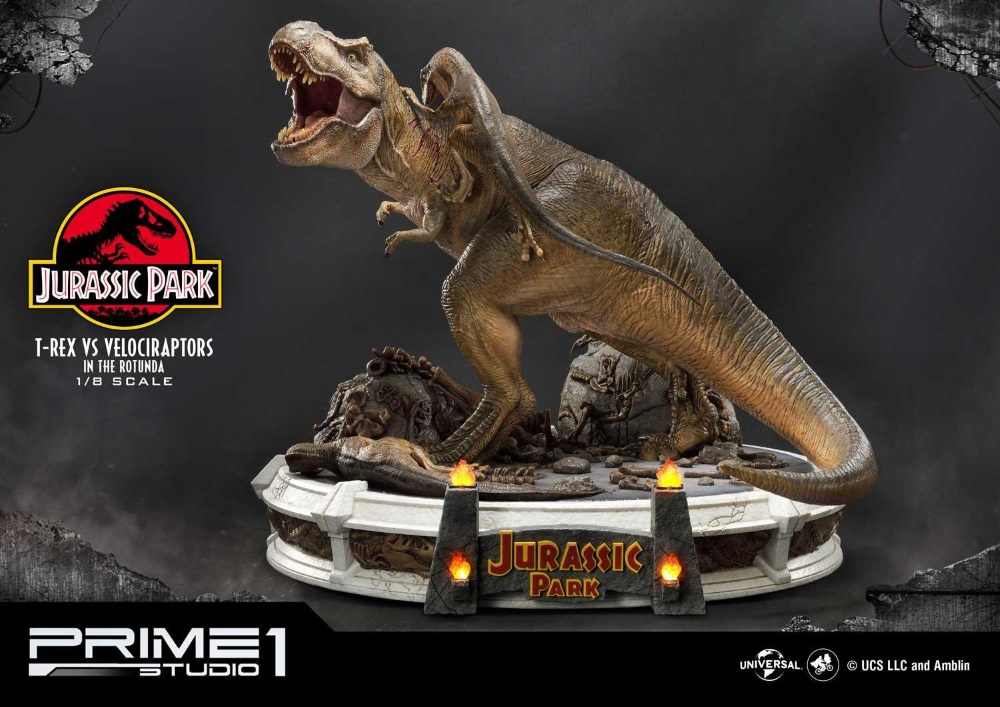 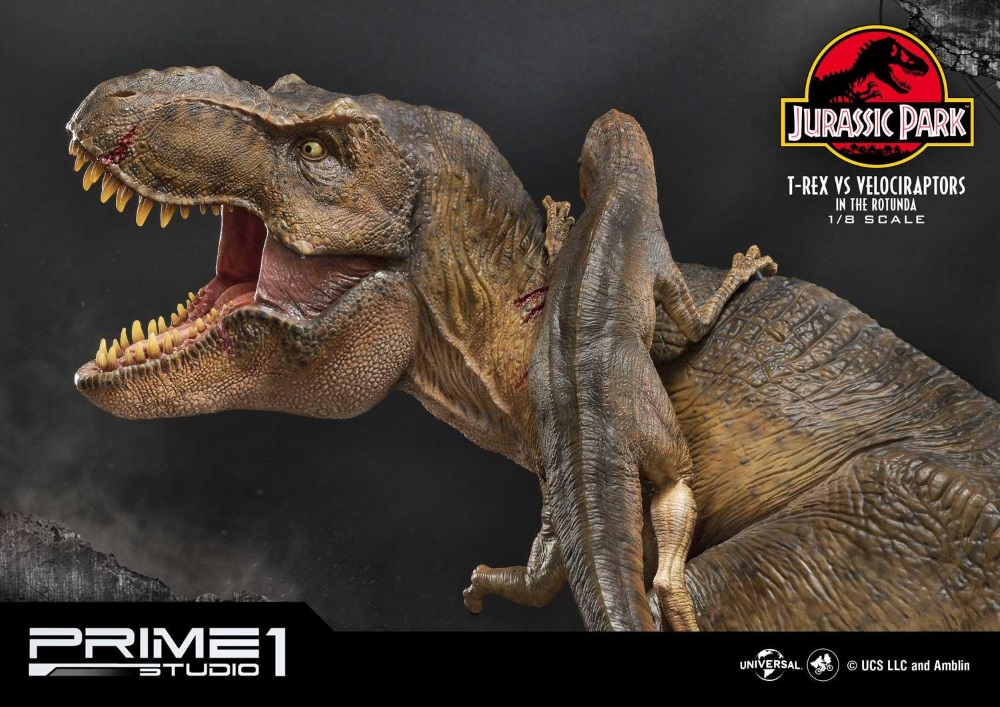 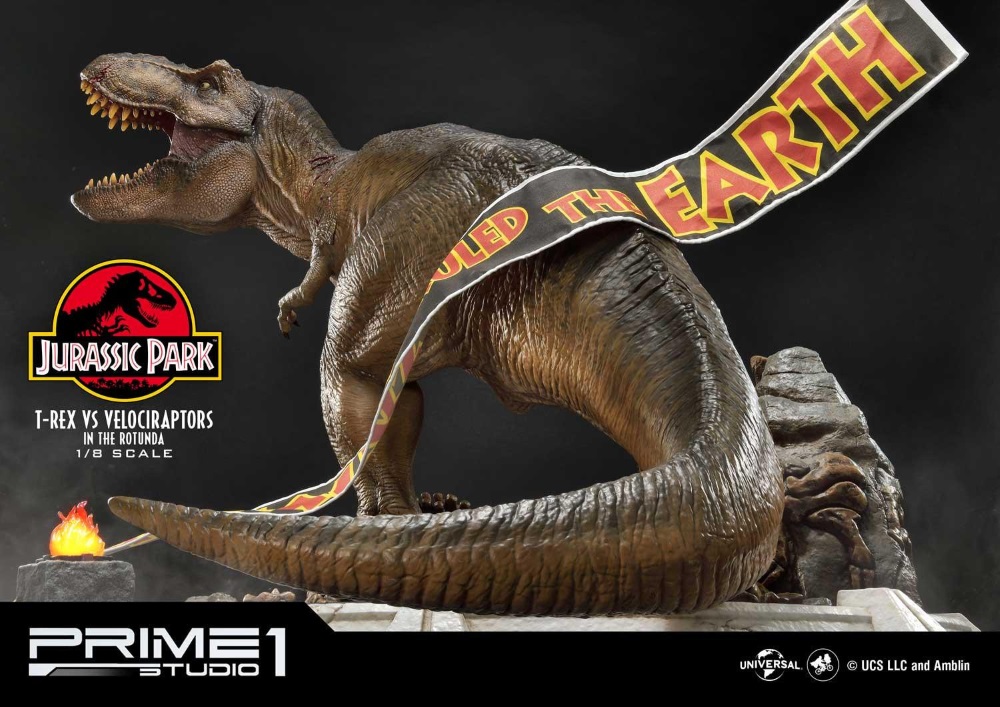 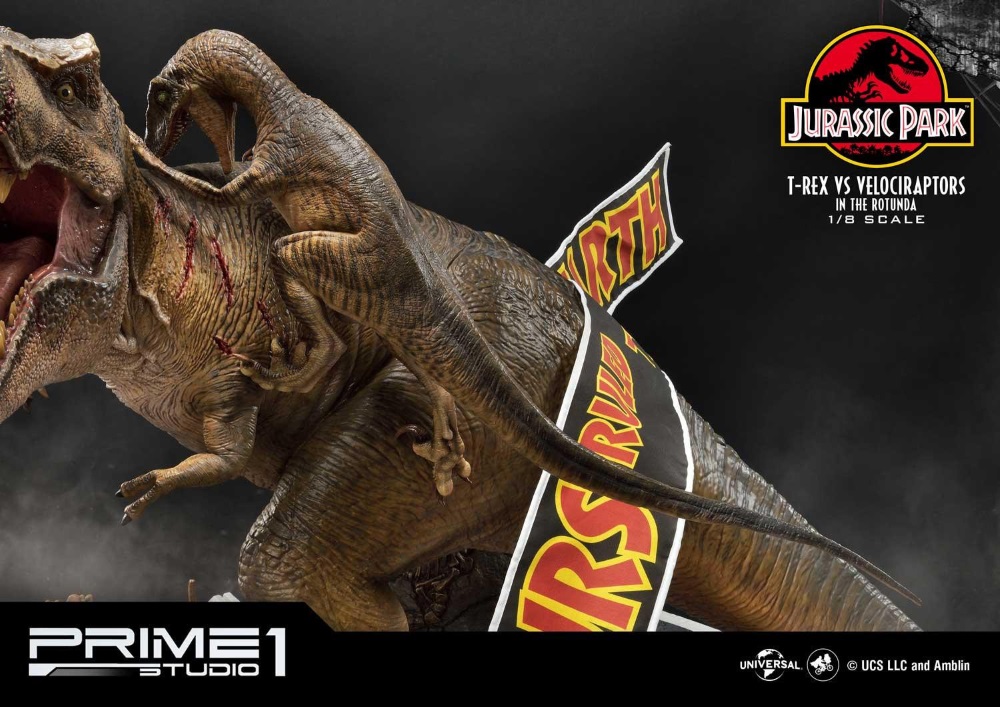 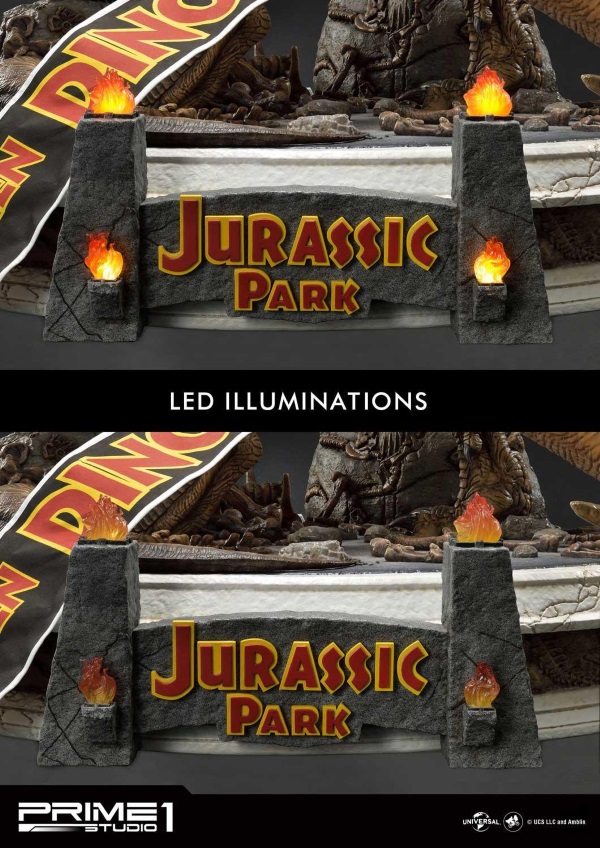 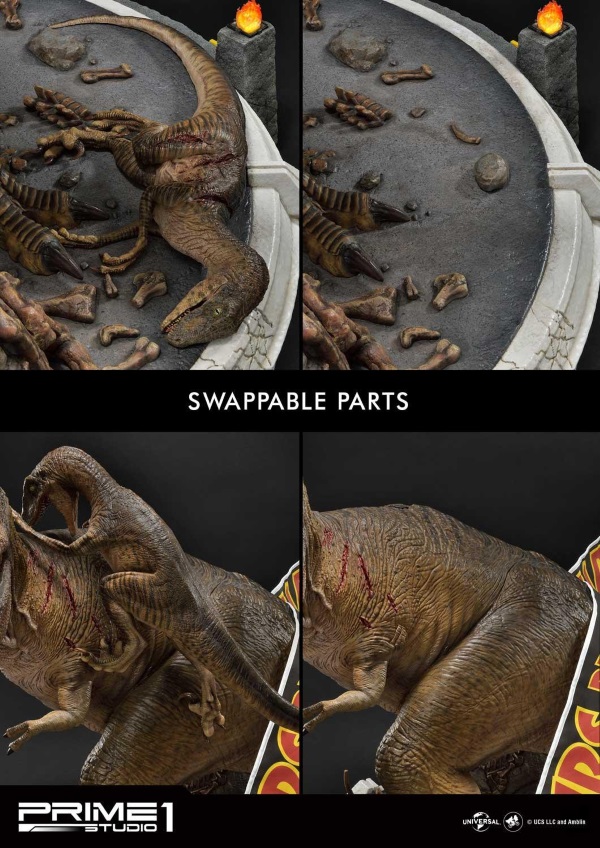 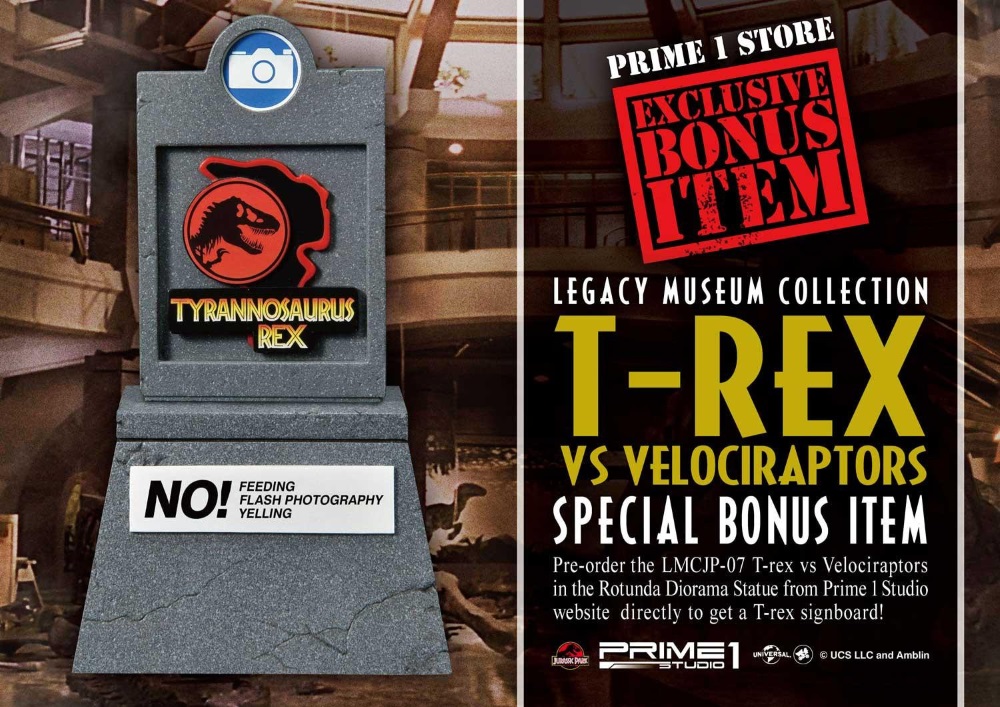 Prime 1 Studio is proud to present the 1/8 Scale LMCJP-07: T-Rex VS Velociraptors in the Rotunda Diorama from Jurassic Park Film.

Tyrannosaurus-Rex is the largest carnivore living on Isla Nublar and, as such, grew into a fearless, bold, and domineering beast who walks the line between heroine and villainess. She is a female Tyrannosaurus, largely motivated by two goals: keep intruders off her territory and eat any pry she finds there. She is known for participating in several incidents and for saving the major human participants involved in these incidents from other dangerous creatures, although inadvertently. This makes her role something of an anti-hero in the films.

The diorama is based on a famous scene called Tyrannosaurus-Rex Rescue, named after the title of its background music. This scene became an icon of the Jurassic Park franchise. It takes place in Jurassic Park (1993) Film and is the last scene of the movie.

We did our best to capture this epic scene and made it into diorama. The Velociraptor clawing and biting at T-rex’s neck, The Big One’s corpses lying on the ground, decorative skeleton’s parts scattered all over the place all those little details help to make it real. You can even decorate the statue with a banner that falls in front of her in the last scene while she roars as the sign of victory.

This is a must-have piece for all Jurassic Park franchises fans.