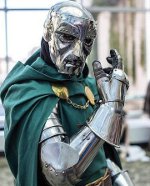 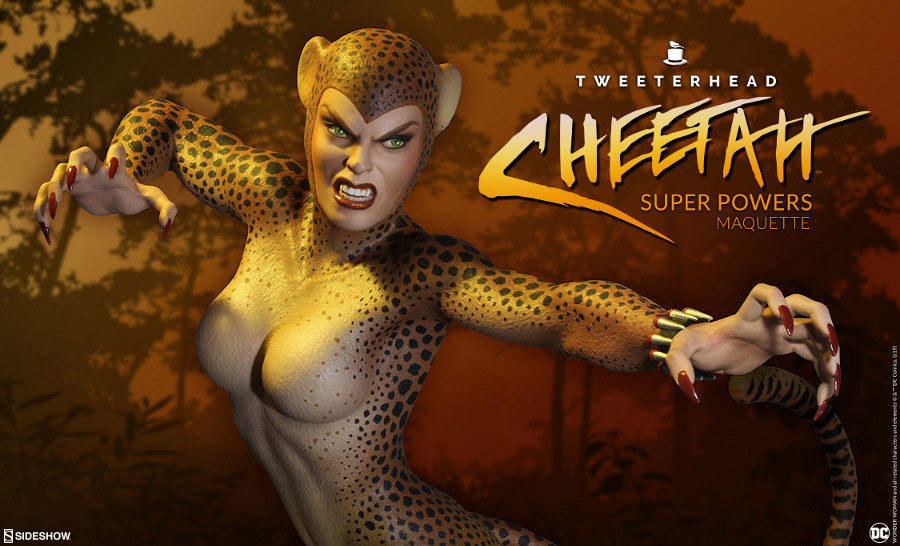 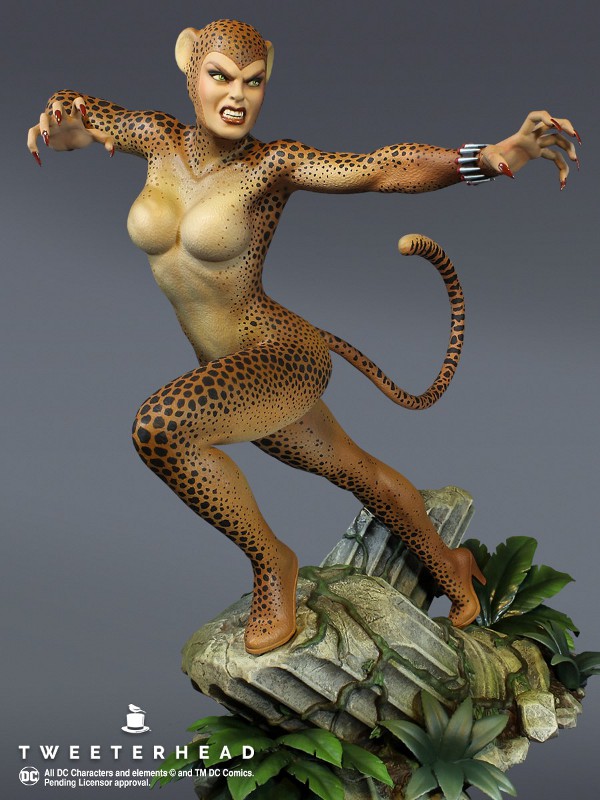 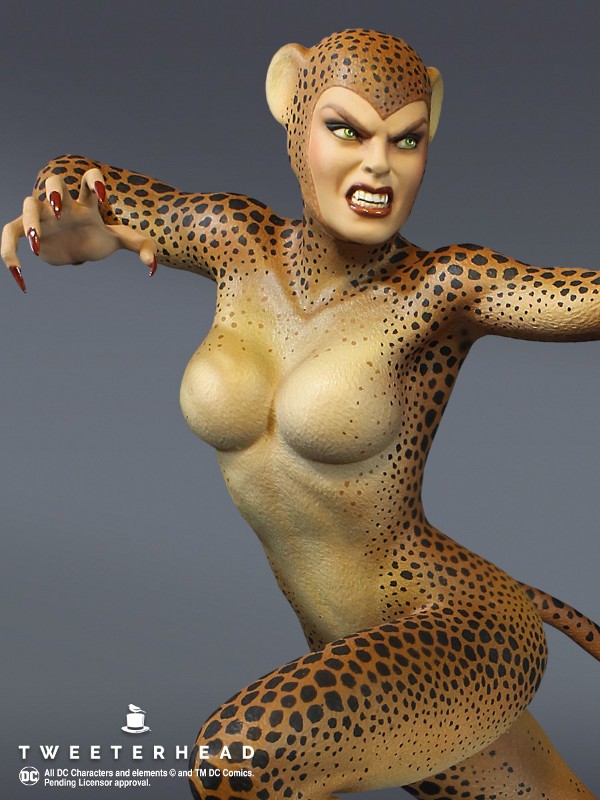 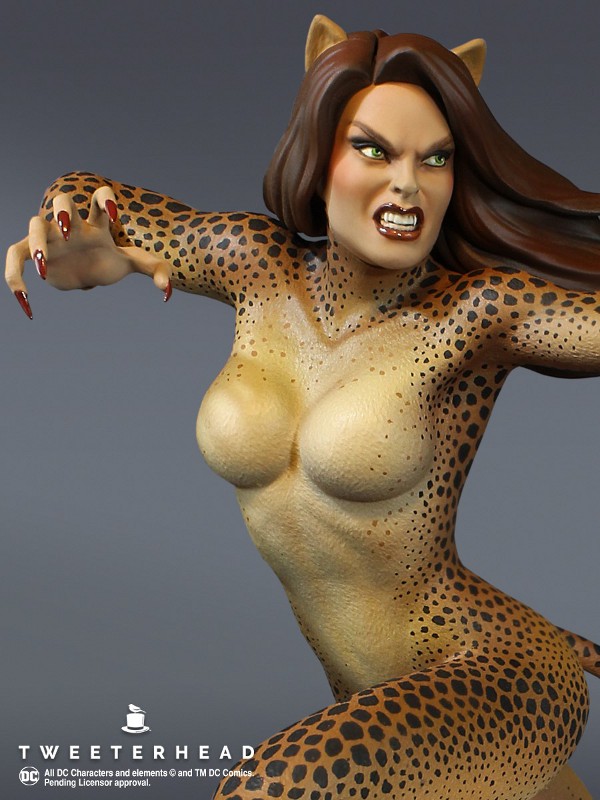 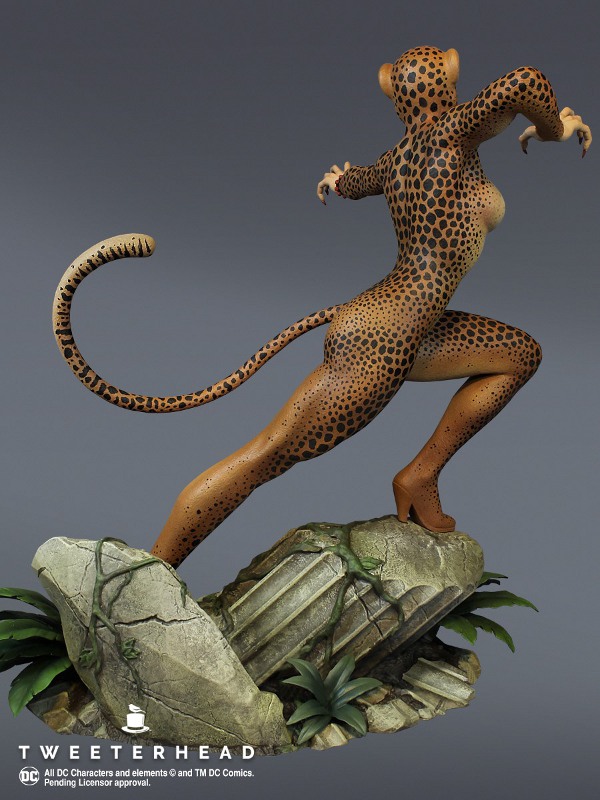 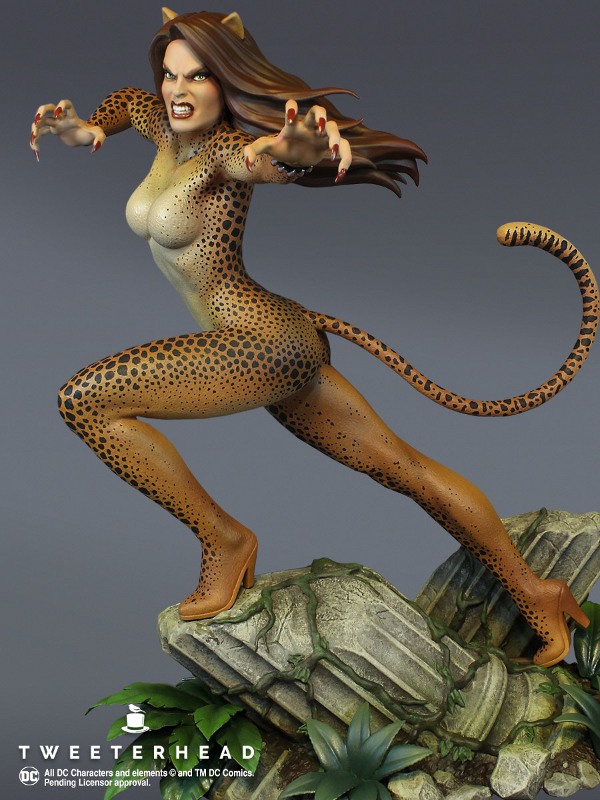 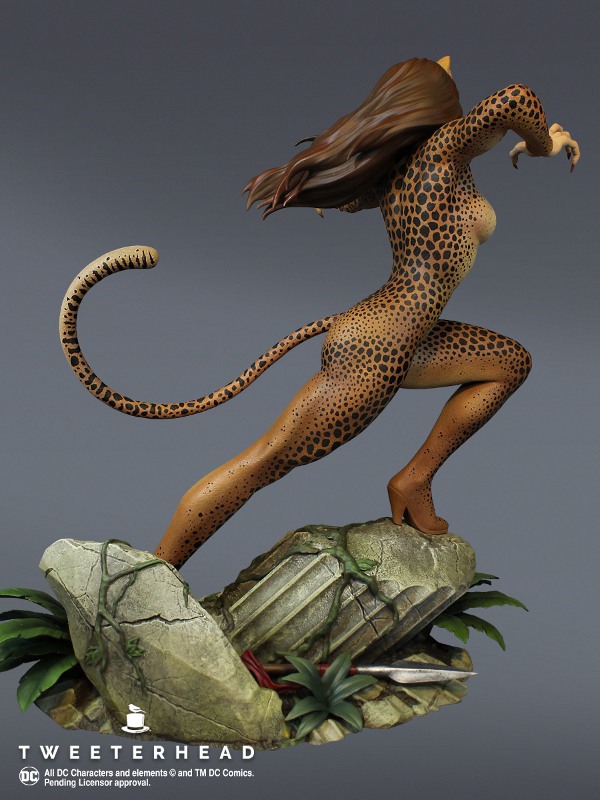 Tweeterhead has opened up pre-orders for their new DC Comics – Cheetah 1/6 Scale Maquette. The Cheetah is best known as one of the main foes of Wonder Woman. Over the years, there have been a few different versions of Cheetah, with major DC Comics events leading to a new version of the villain. The current run, in the Rebirth comics, features Dr. Barbara Ann Minerva, an archeologist and former friend of Diana Prince, as a dangerous and blood-thirsty version of Cheetah.
The new statue from Tweeterhead is a newly designed version of the character. The statue stands roughly 16″ tall atop the themed base. They are offering an Exclusive Version, which includes interchangeable portraits. A standard version without the long hair portrait goes on sale next week. The statue is priced at $259.99, and is scheduled for release in the third quarter of 2020. Pre-order by Clicking Here .