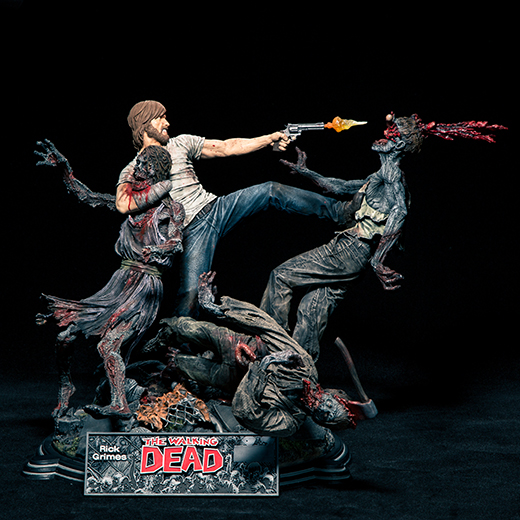 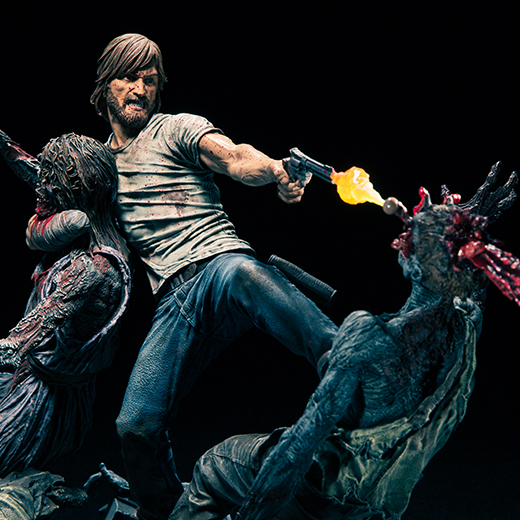 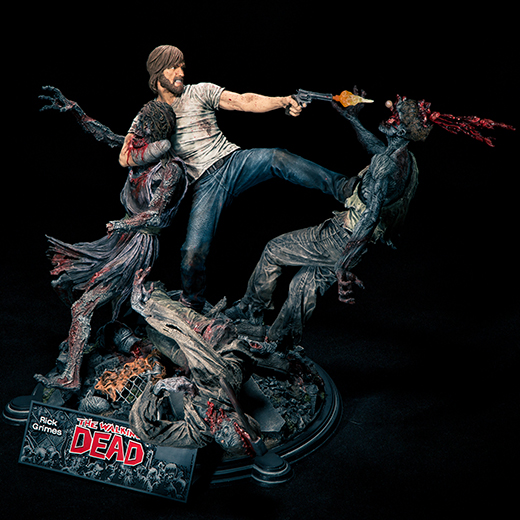 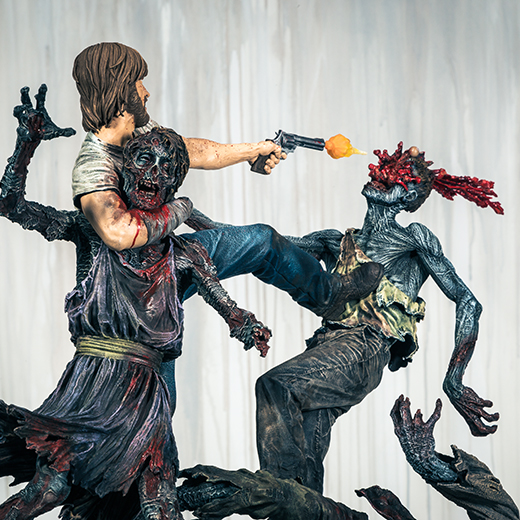 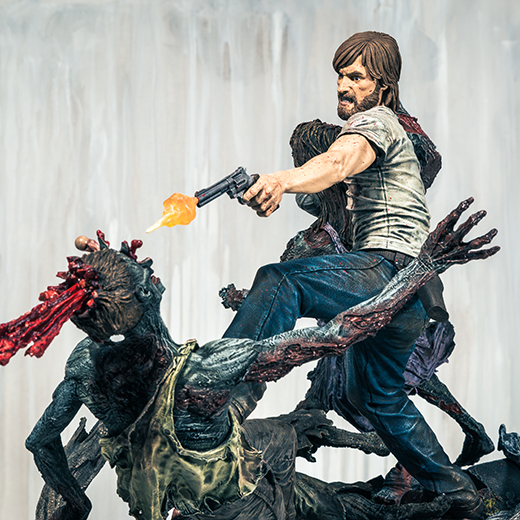 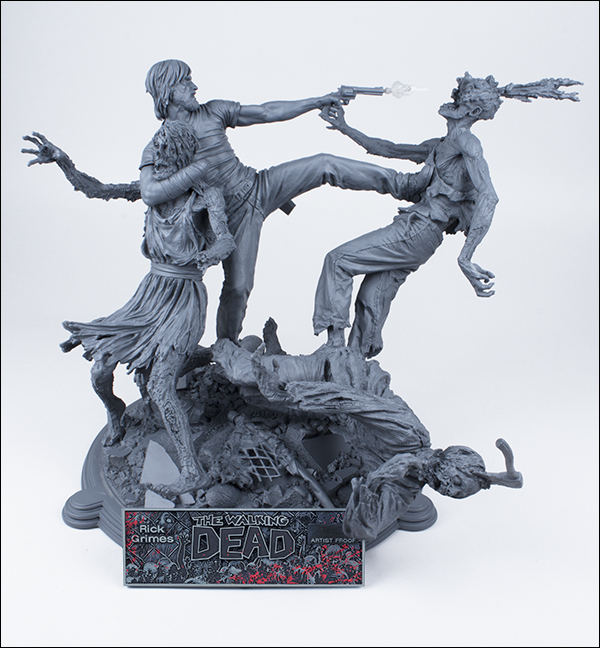 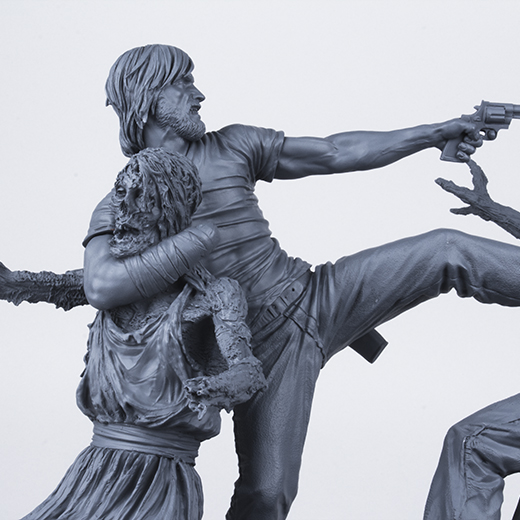 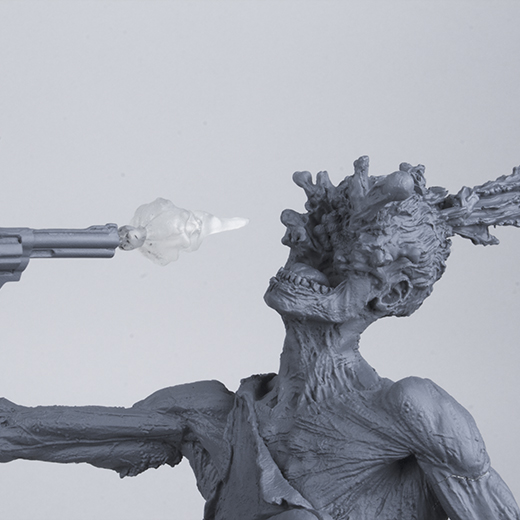 Hardened by killing and loss, a harsher, tougher Rick Grimes has emerged from the rubble of this post-apocalyptic world. Standing more than 12 inches tall, The Walking Dead limited-edition statue depicts the comic version of Rick, in a desperate struggle against the endless wave of the undead. Rick single-handedly exterminates a hoard of zombie threats in his unyielding mayhem!
Based on a rough sketch from The Walking Dead visionary himself, Robert Kirkman, and fleshed out by the McFarlane team, this eyeball-popping, brain-splitting, and gun-blazing concept has turned into the most detailed The Walking Dead statue created to date.

This hand-painted piece not only includes Rick Grimes and three full zombies, but also three zombie heads and a slew of body parts smeared across every angle of the 360 degree rotating rubble base. From the exploding brain matter and a head-locked zombie to a zombie head crushed under Rick's boot, you can feel his rage throughout the entire piece.

Each statue also includes a highly detailed sculpted plaque that is individually numbered, along with a certificate of authenticity signed by both Robert Kirkman and Todd McFarlane.