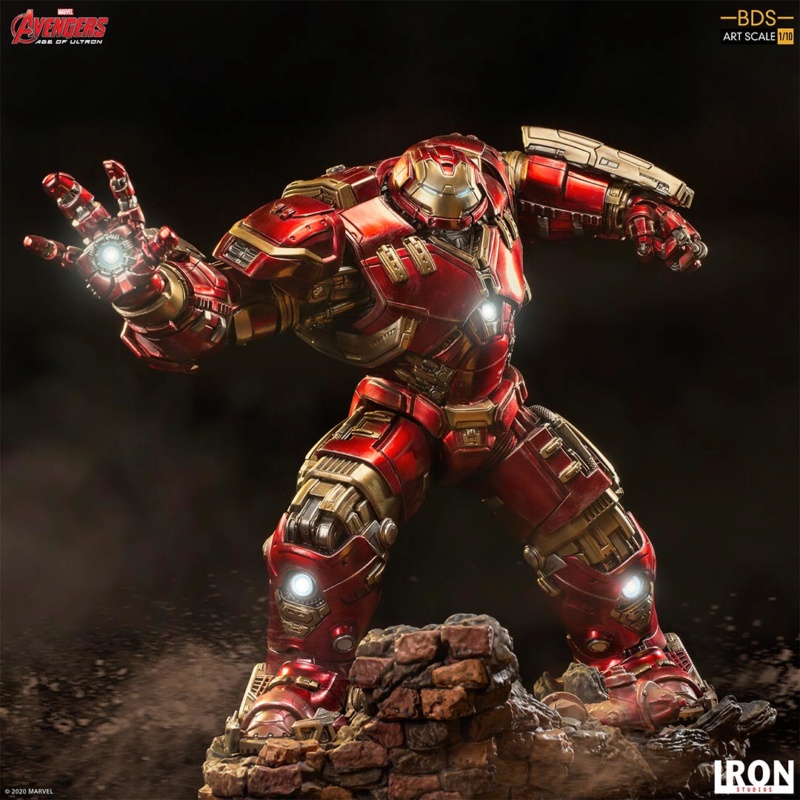 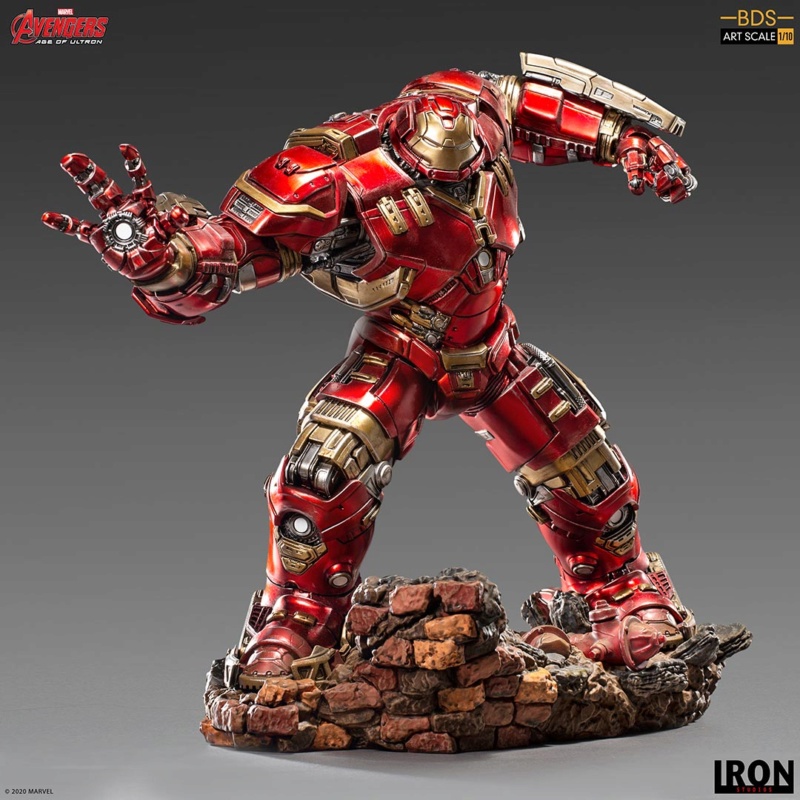 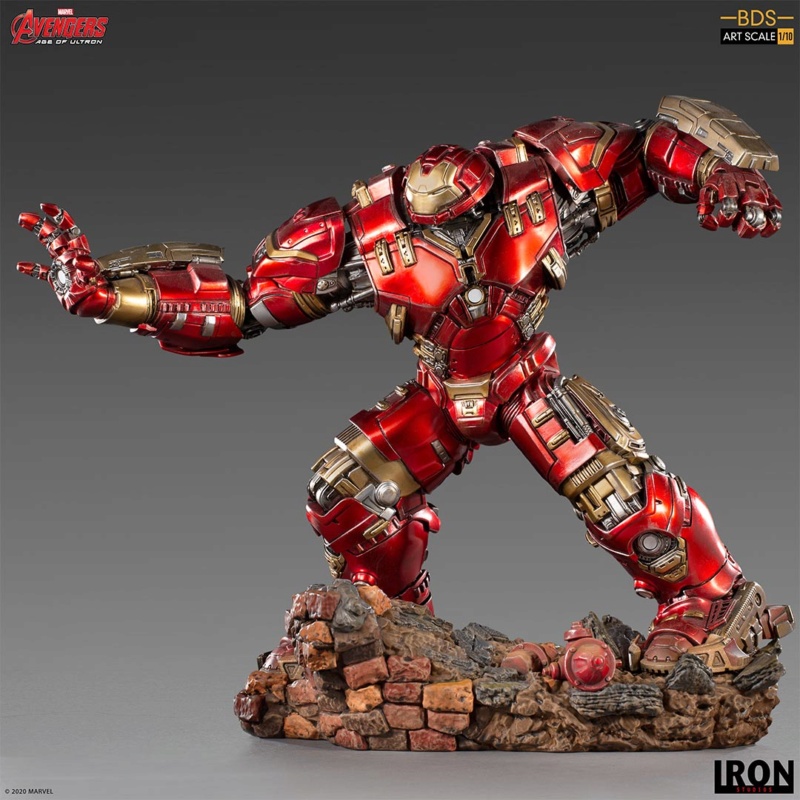 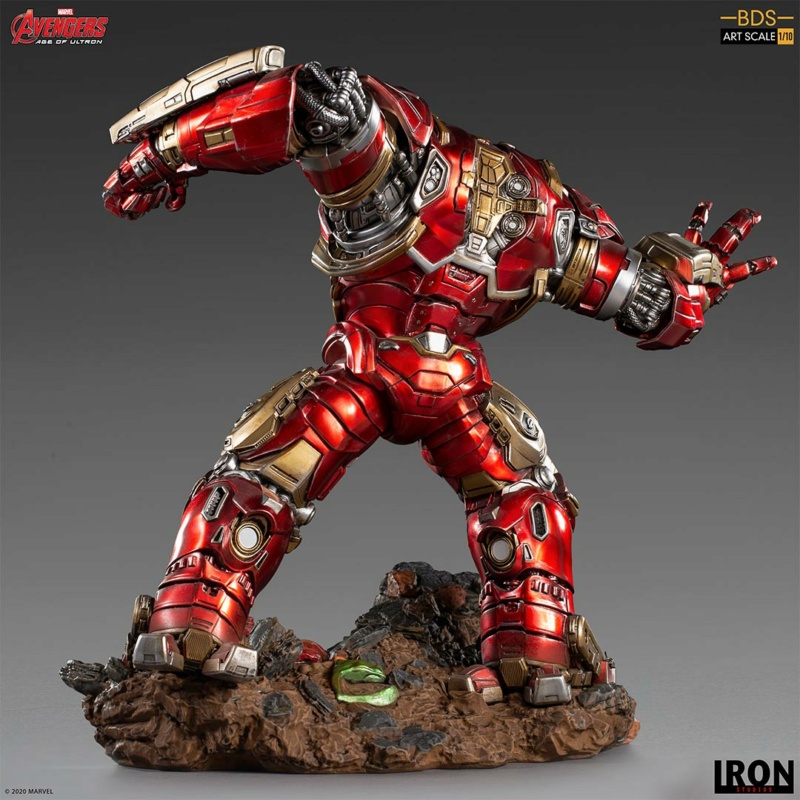 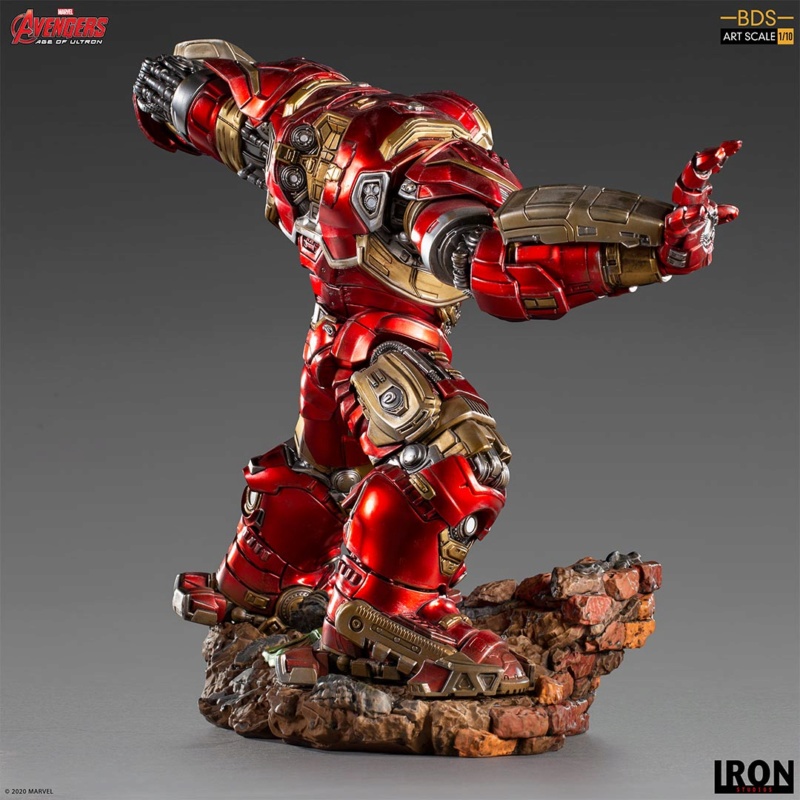 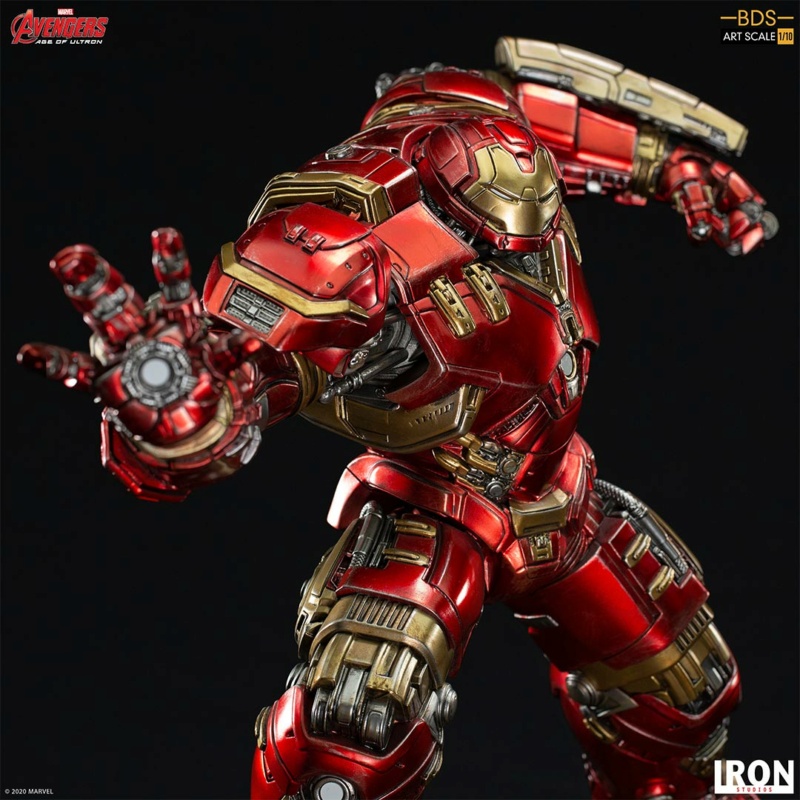 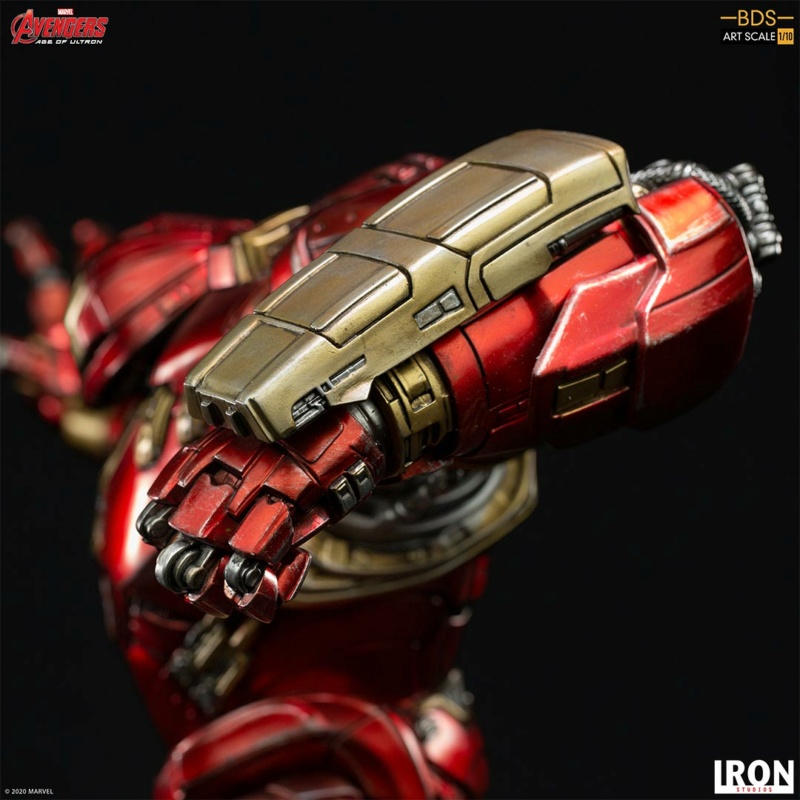 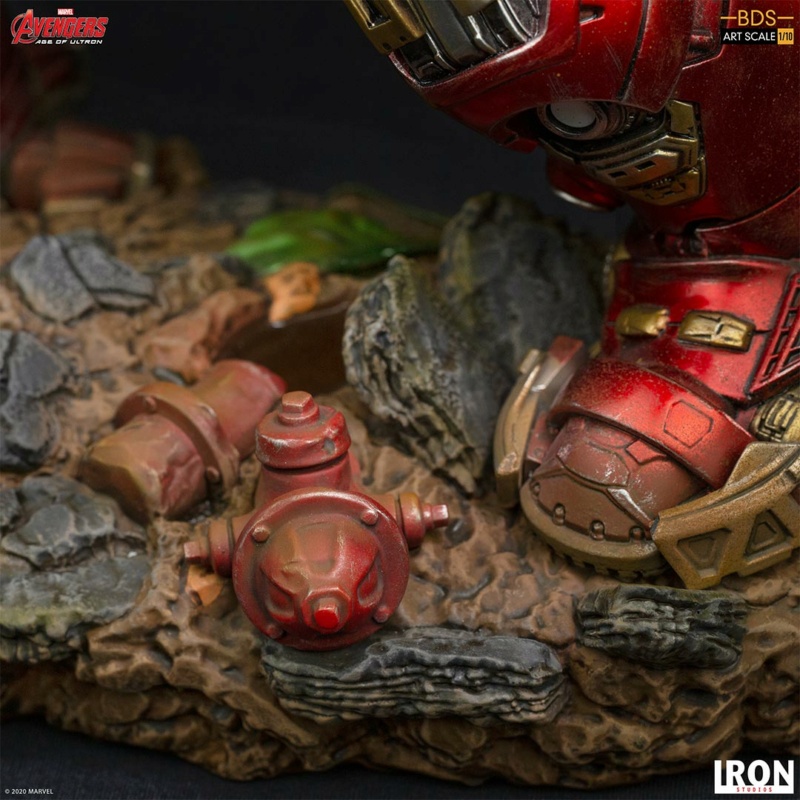 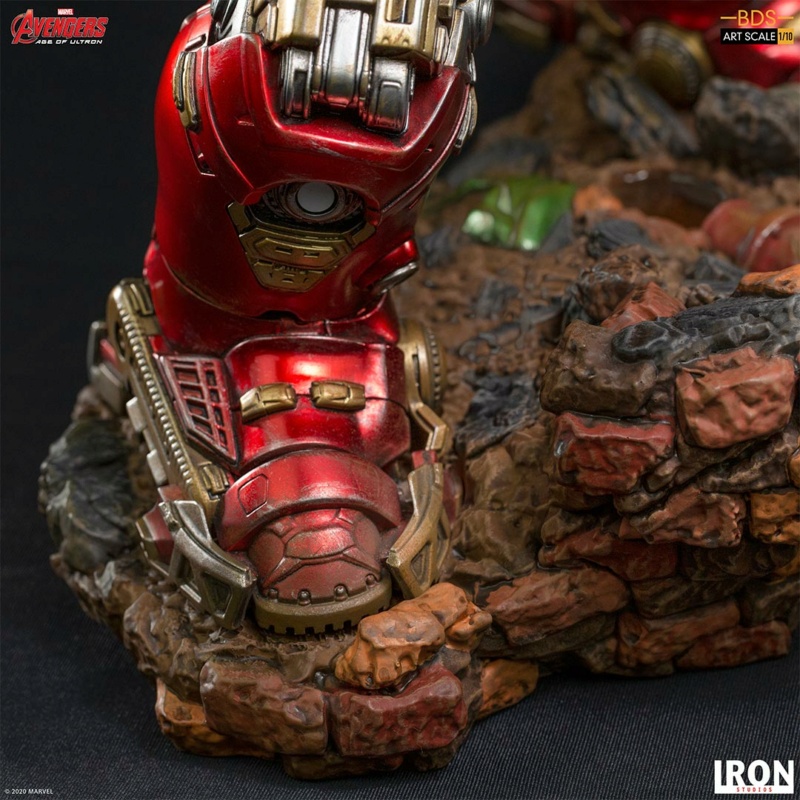 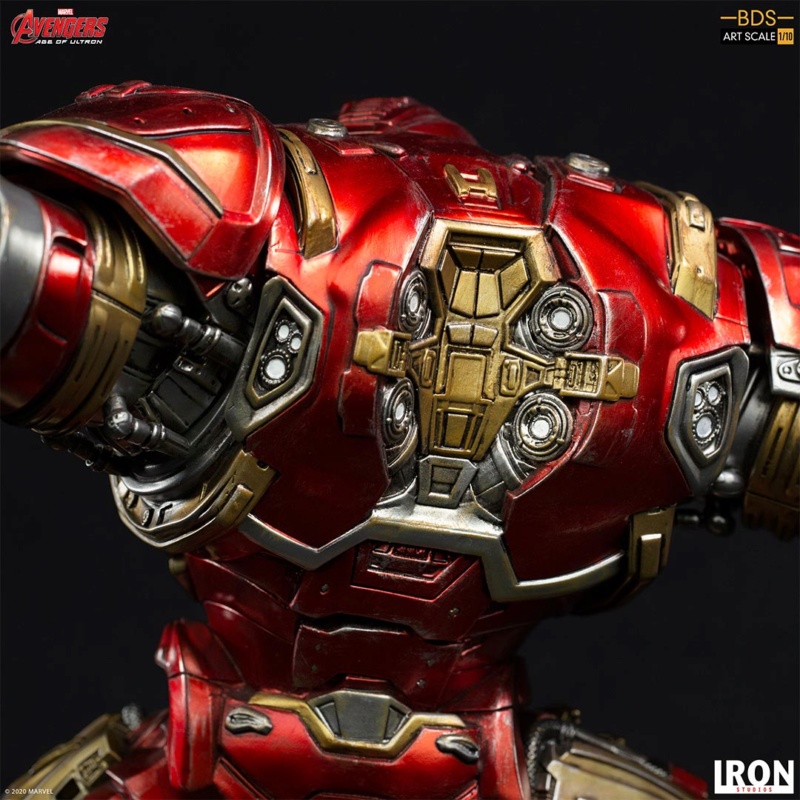 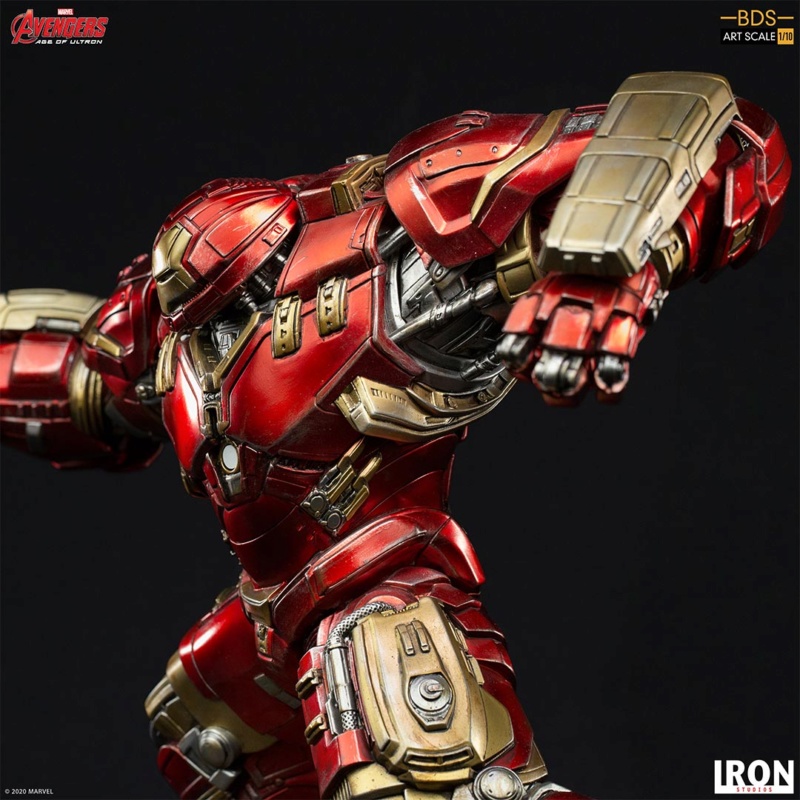 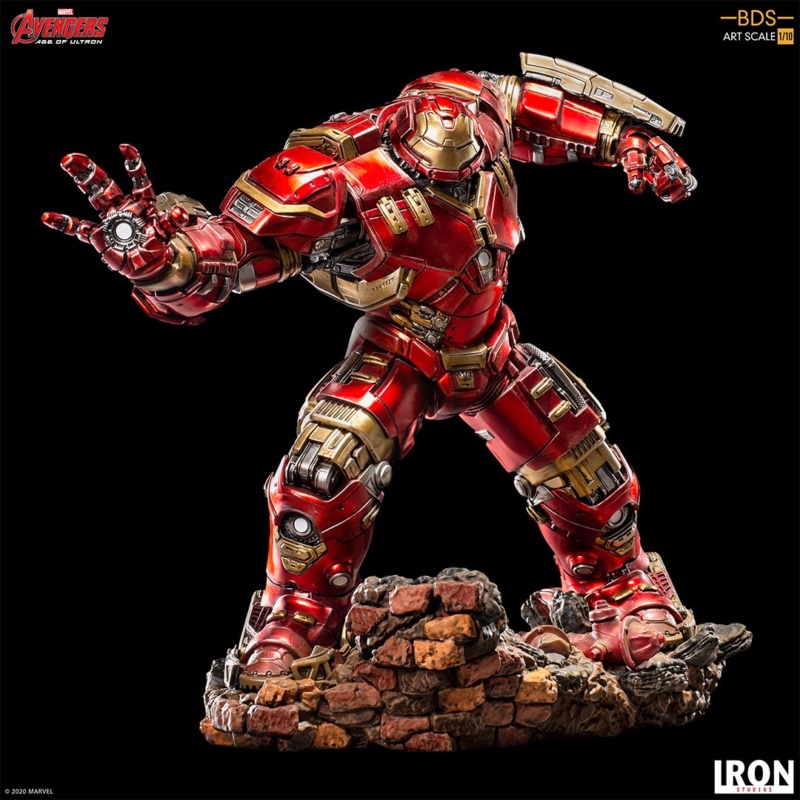 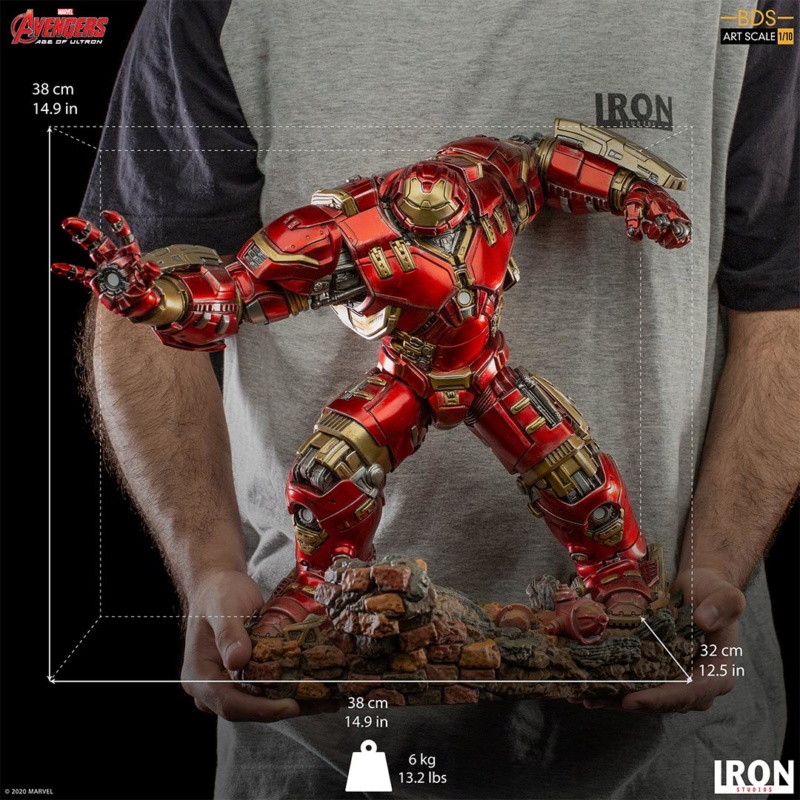 $349.99 - Second Quarter of 2021
Avengers: Age of Ultron – Hulkbuster Battle Diorama Series 1/10 Scale Statue
Iron Studios revisits one of the most memorable battles in the history of superhero films, a duel of titans that demolished half of a city like an earthquake. With his mind controlled by the powers of the young Wanda Maximoff, the Incredible Hulk, out of control, furious and maddened must be stopped, and for this task, Tony Stark activates the so-called Hulkbuster, an Extra Heavy-Duty modular armor, created by Tony Stark in partnership with Bruce Banner as a security safeguard, in case the Hulk goes uncontrollable.
On a rubble base, Iron Man, wearing his most imposing armor, is ready to fire his potential repulsive rays to stop the emerald giant’s advance, in a scenario immortalized on the big screens in Avengers: Age of Ultron and now in the “Hulkbuster BDS Art Scale 1/10 – Avengers: Age of Ultron “by Iron Studios. In the comics, Hulkbuster made his debut in Iron Man vol. 1 # 304, in May 1994, and was the 14th armor created and worn by Stark.
Scale: BDS Art Scale 1/10
Features:
– Limited edition
– Based on original movie references
– Made in polystone
– Hand painted
– Automotive paint
– This statue is part of a battle diorama based on the Avengers: Age of Ultron
– Product dimensions: 14.9 in (H) x 12.5 in (W) x 14.9 in (L)
– Product Weight: 13.2 lbs