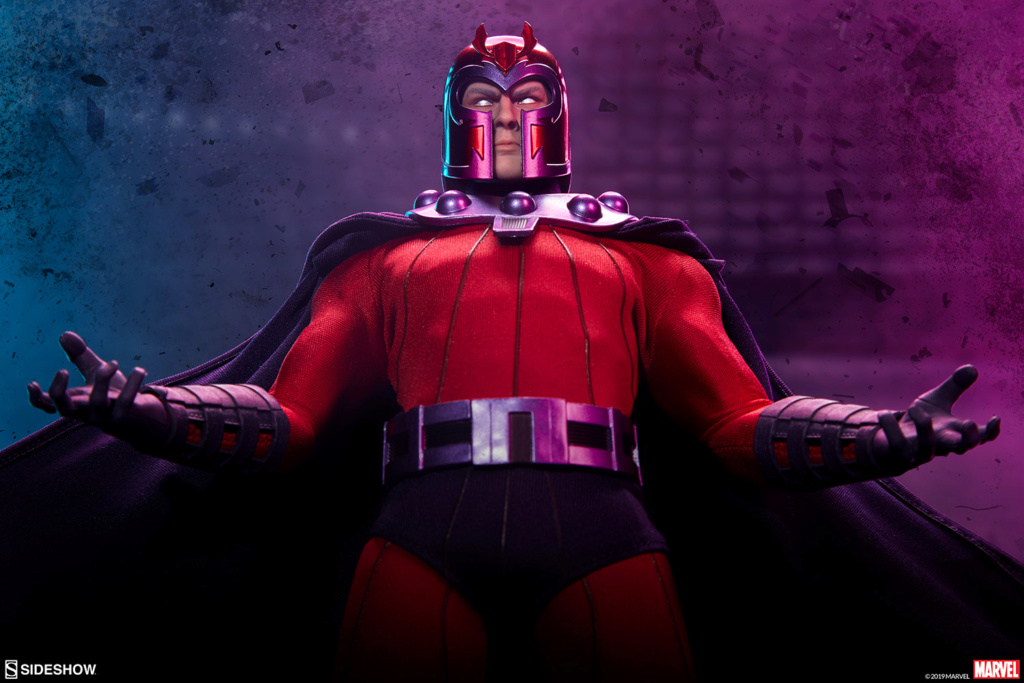 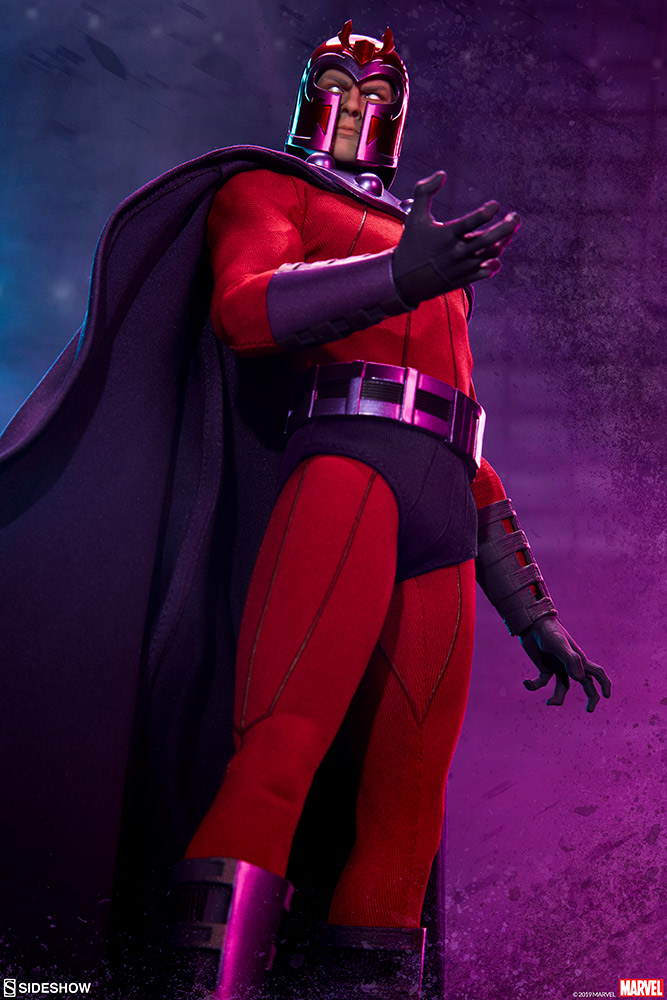 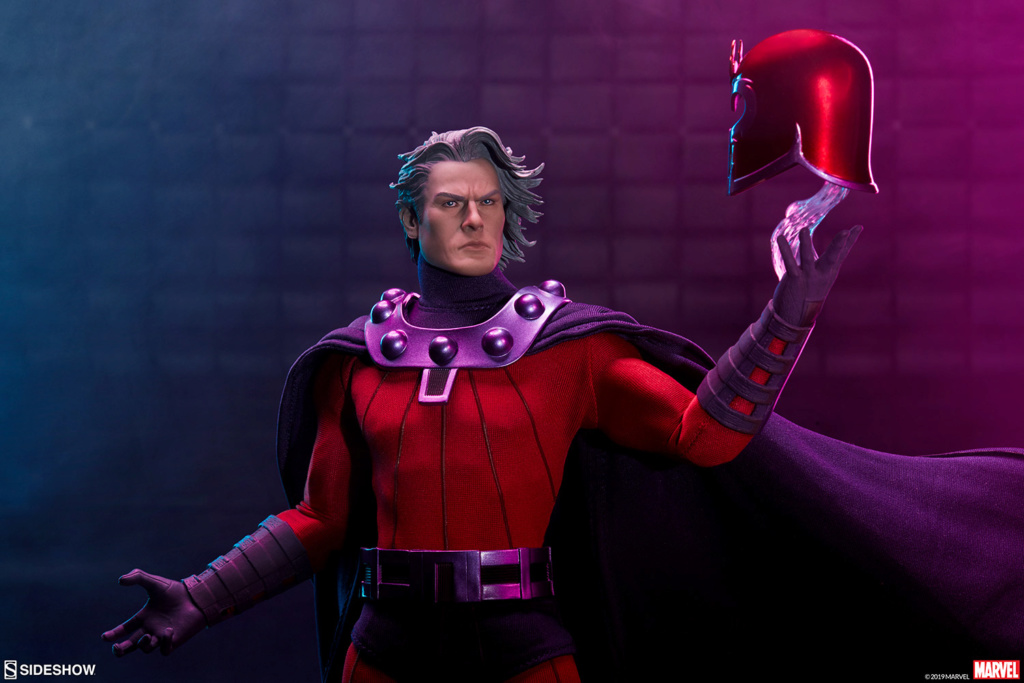 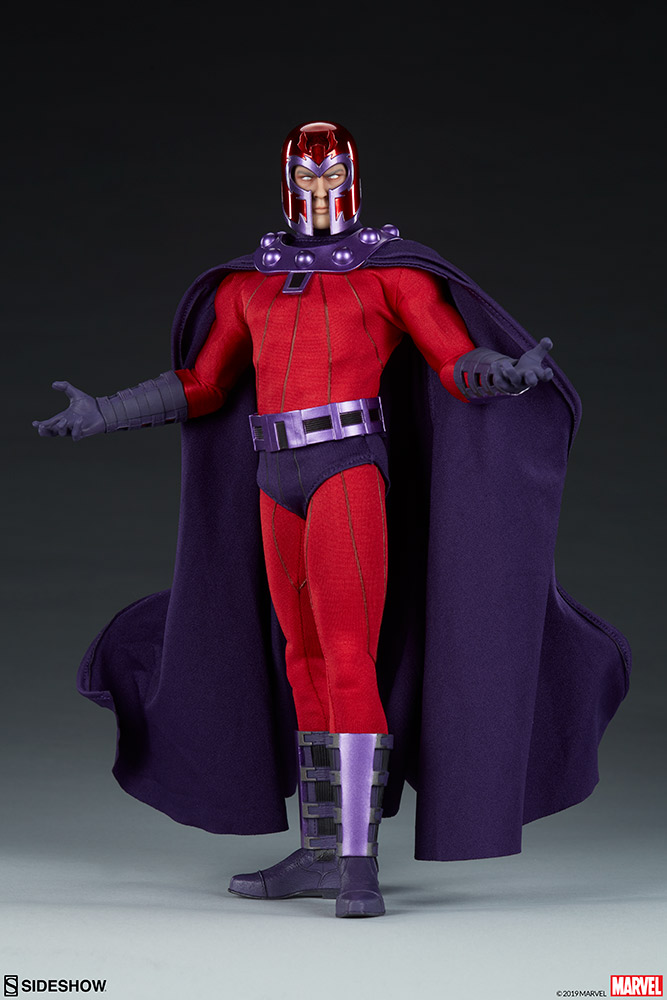 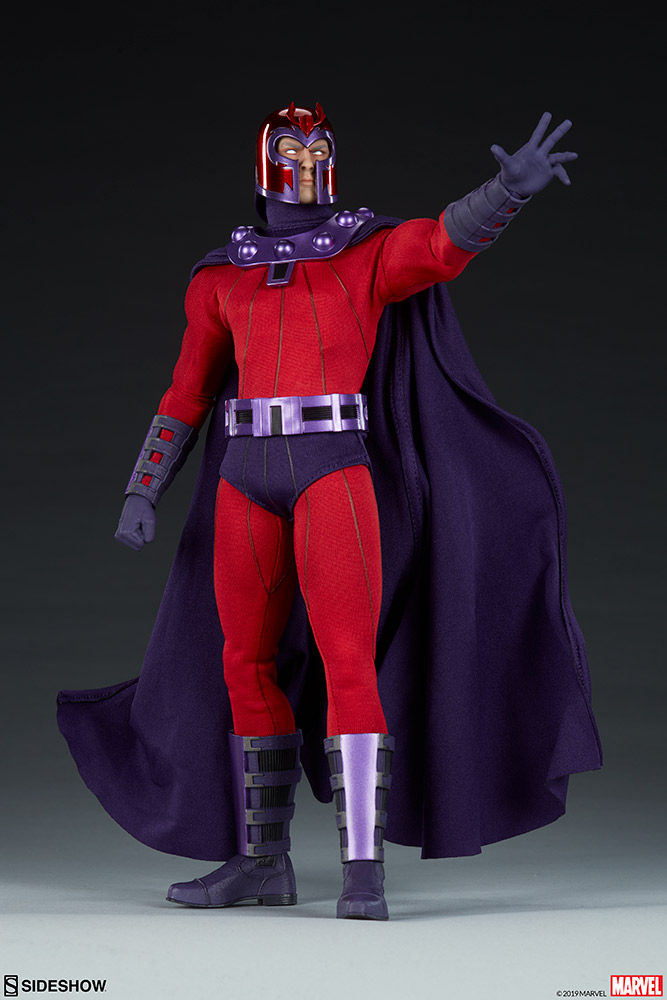 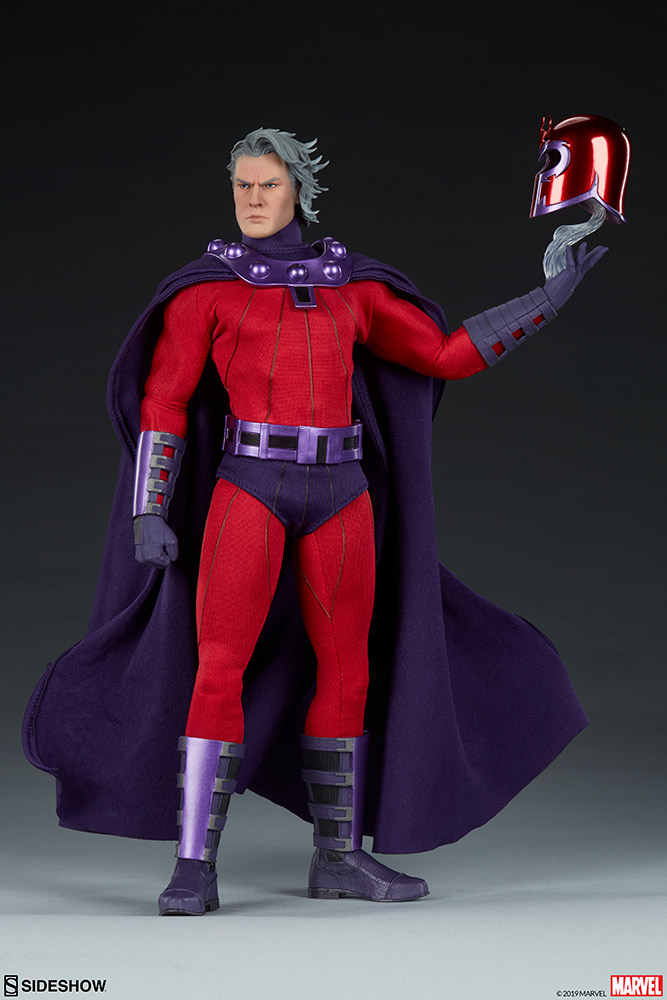 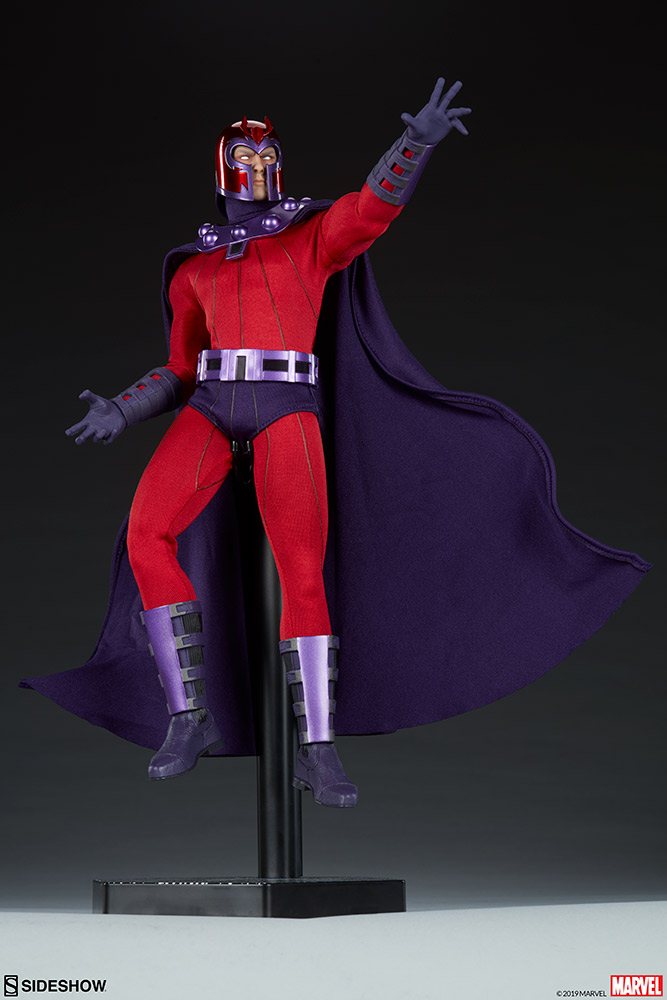 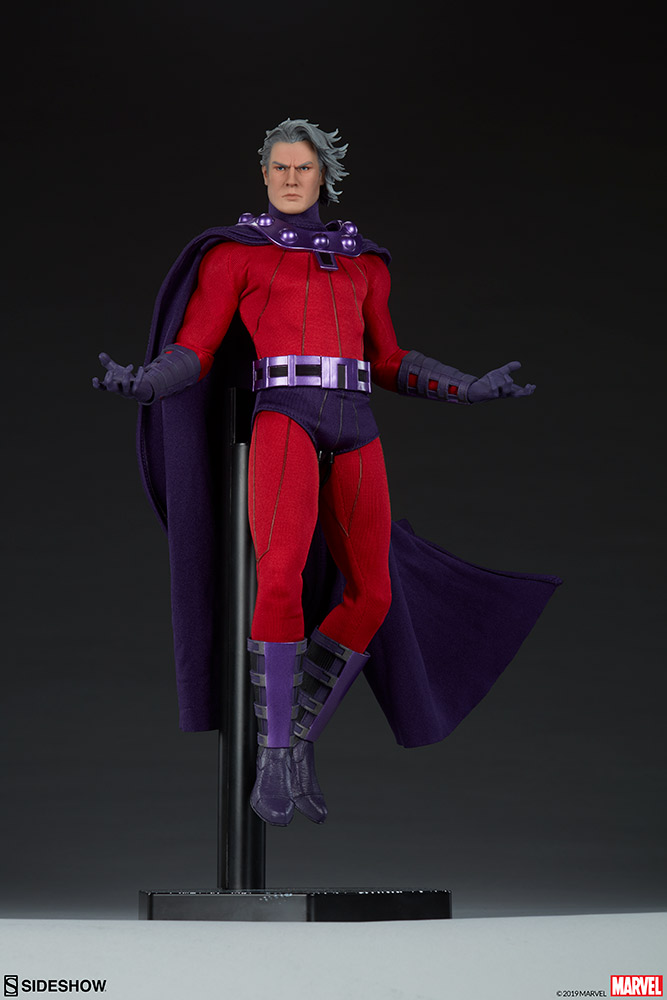 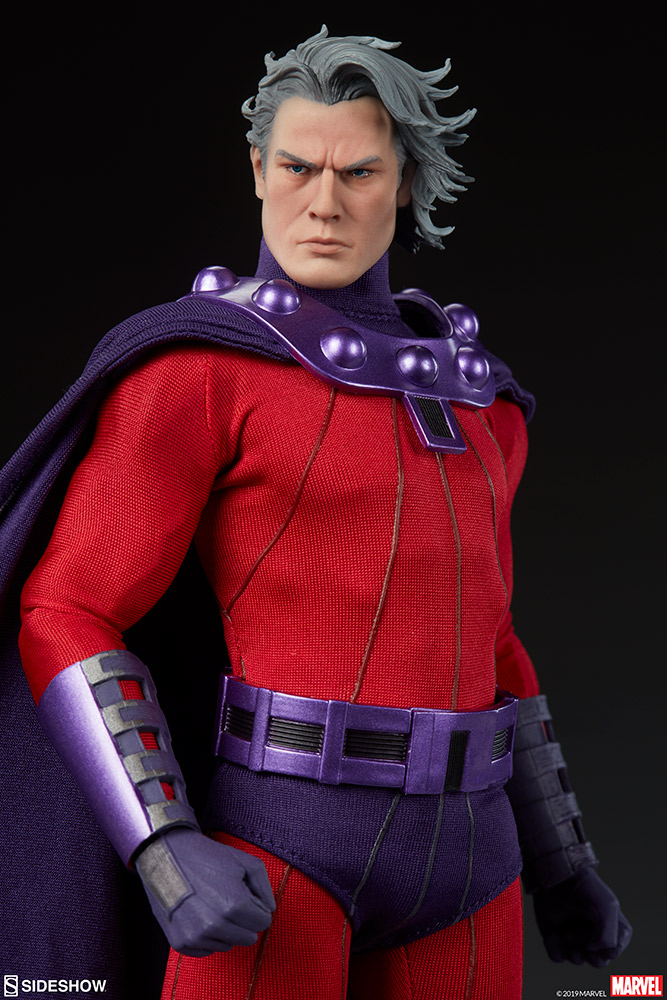 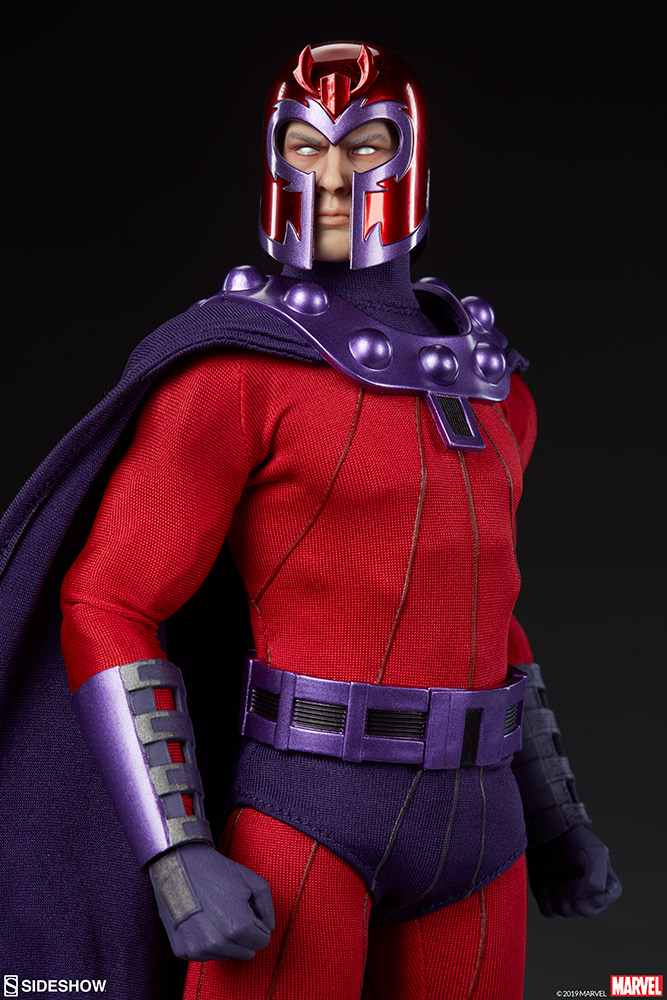 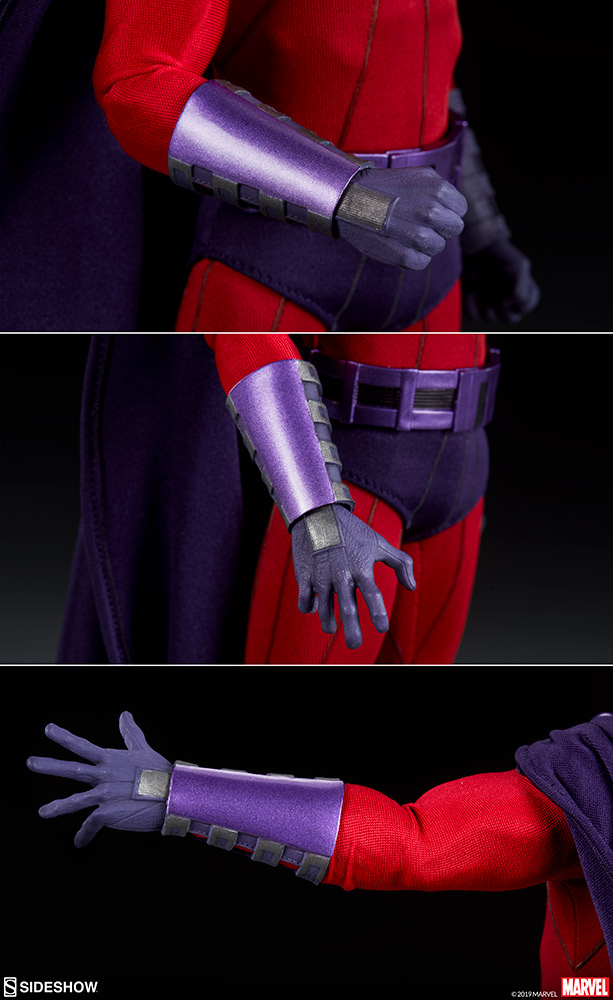 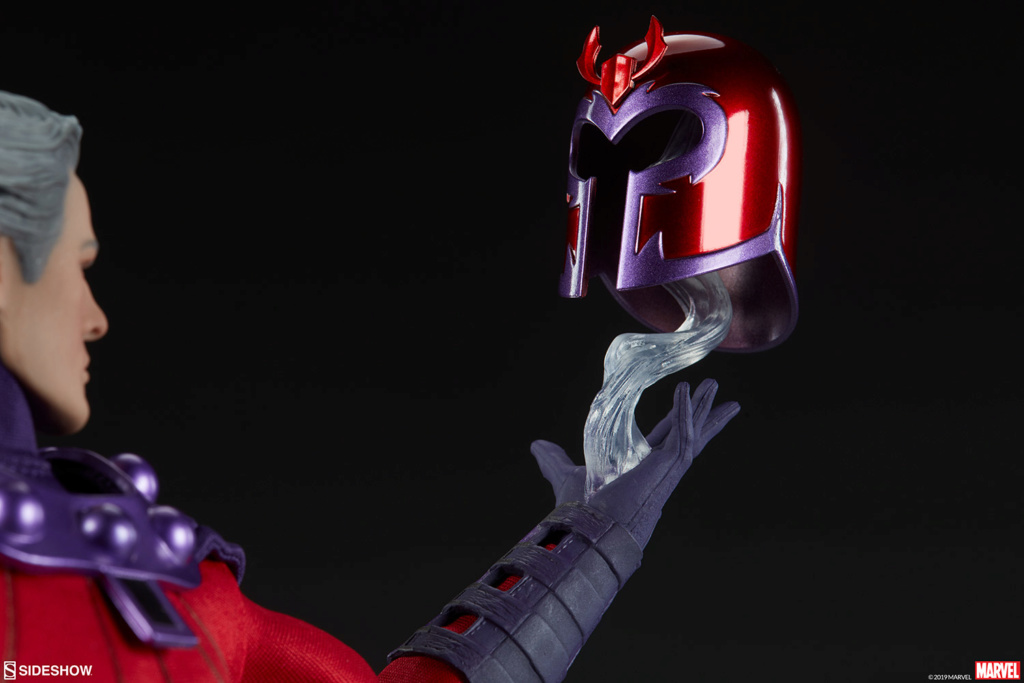 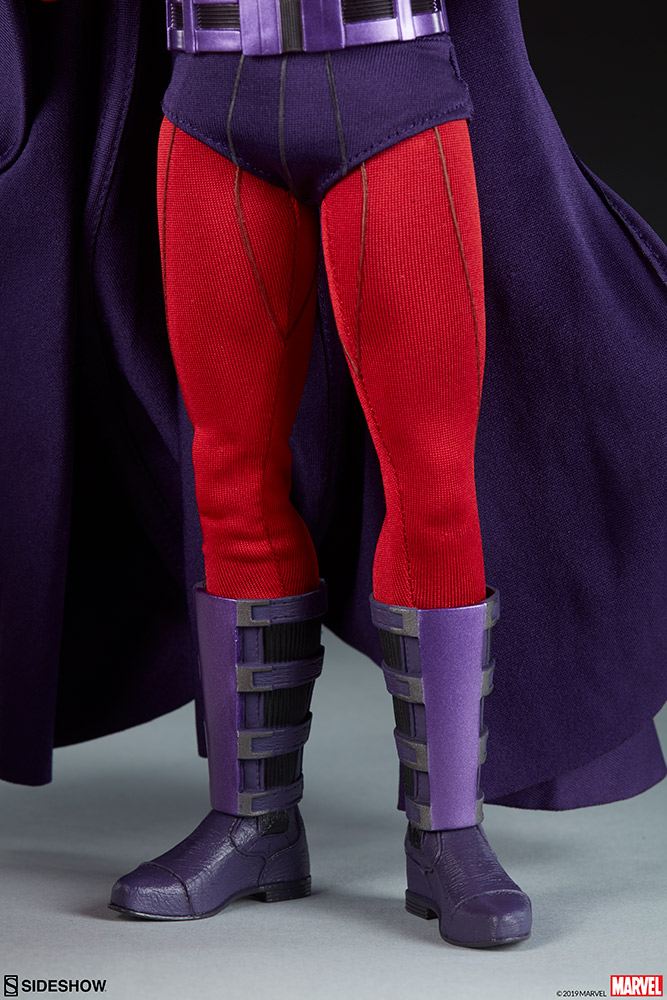 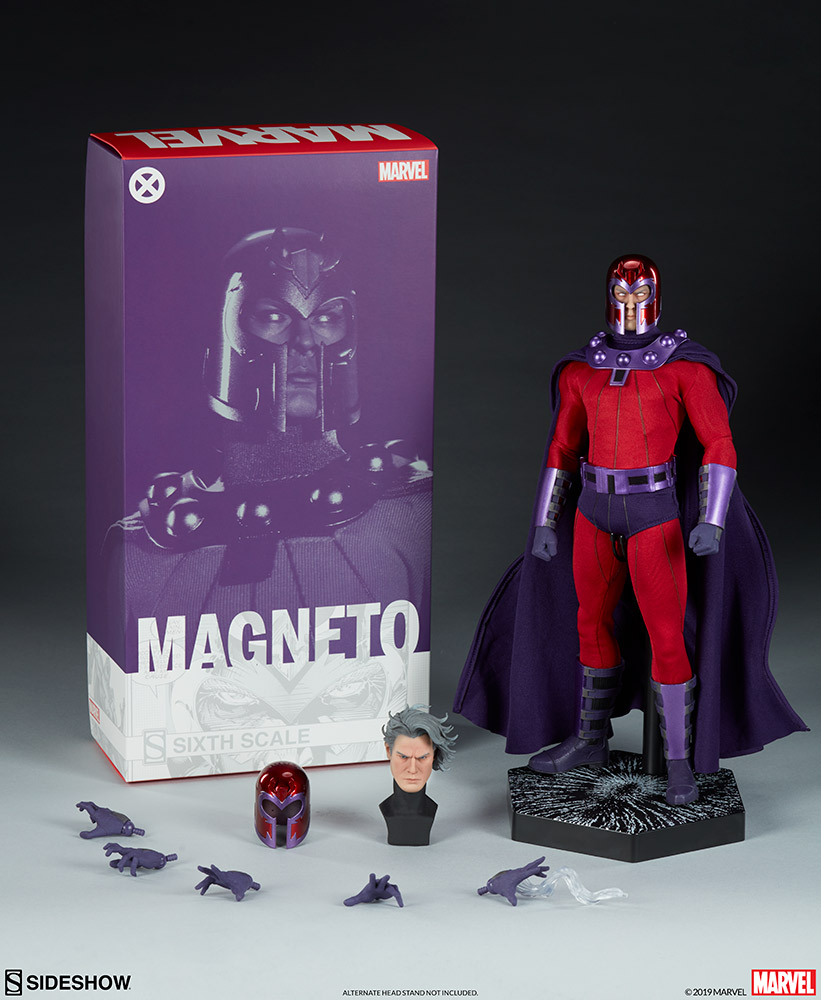 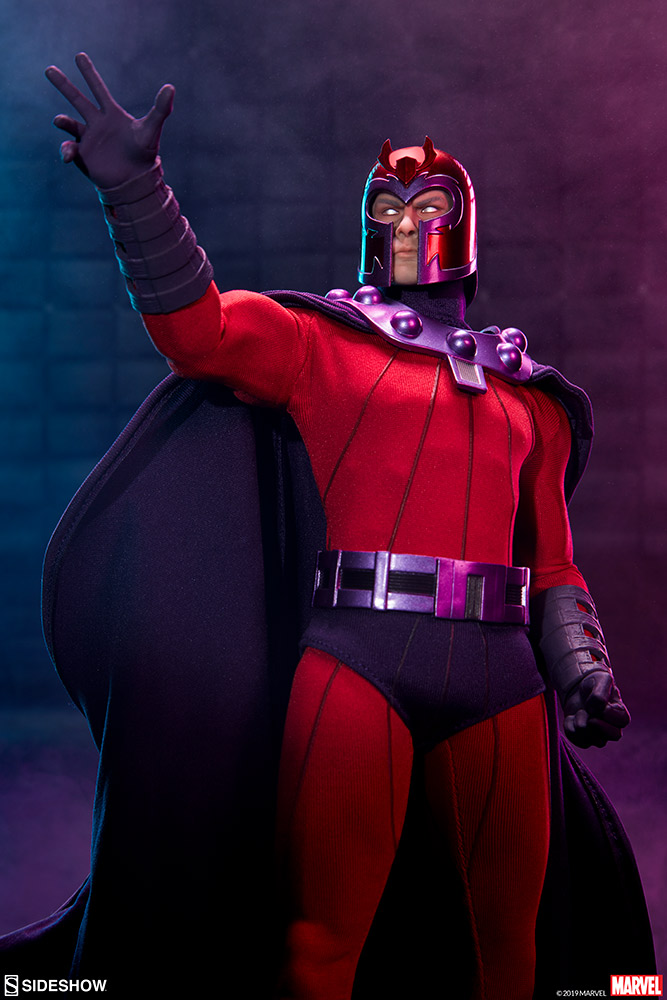 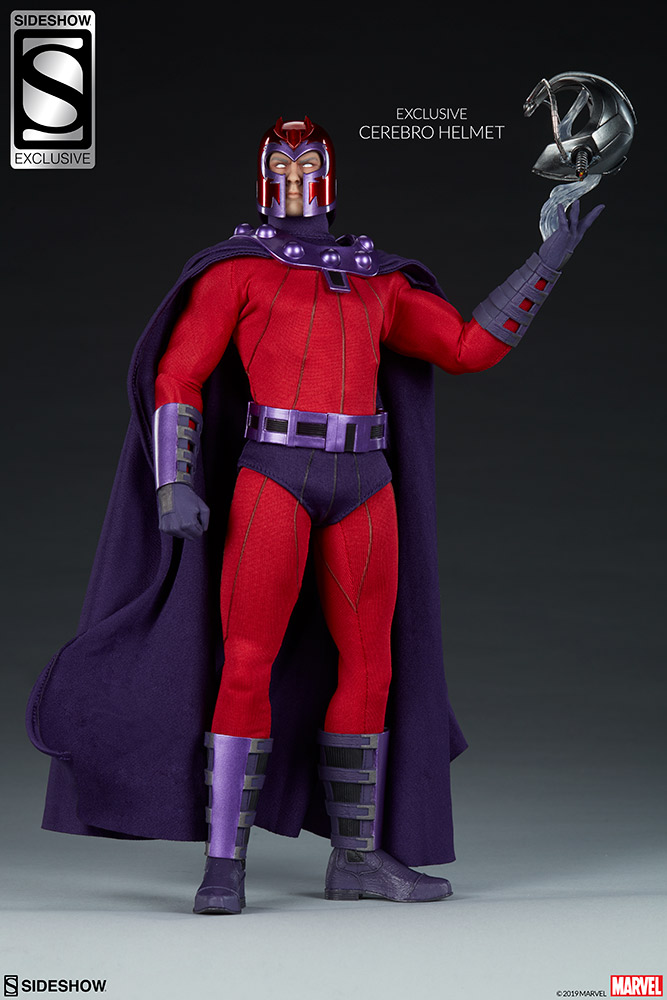 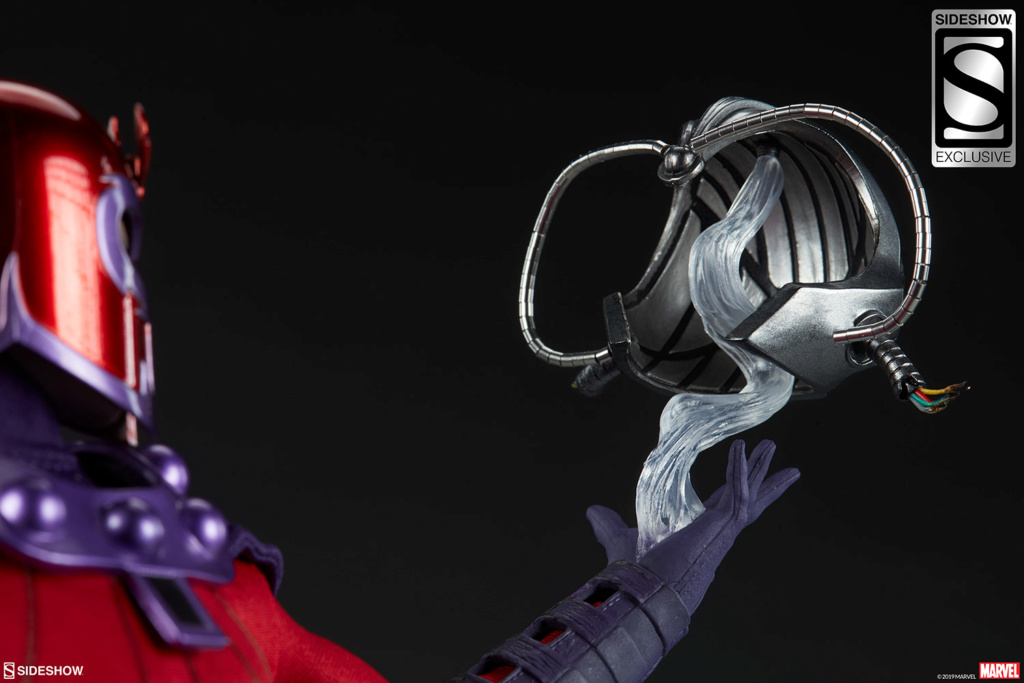 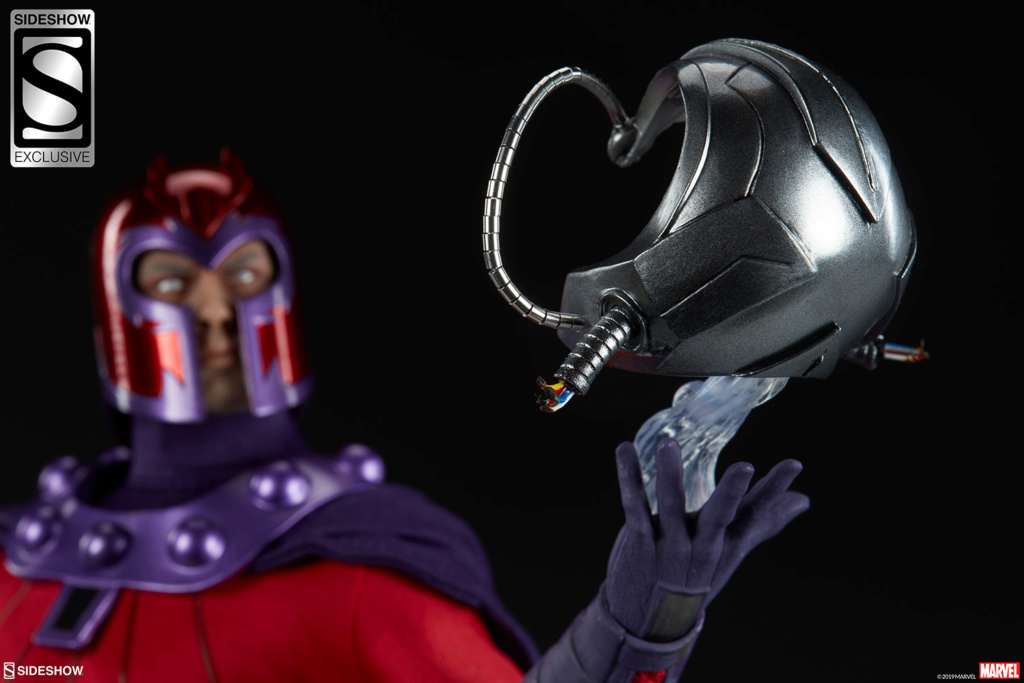 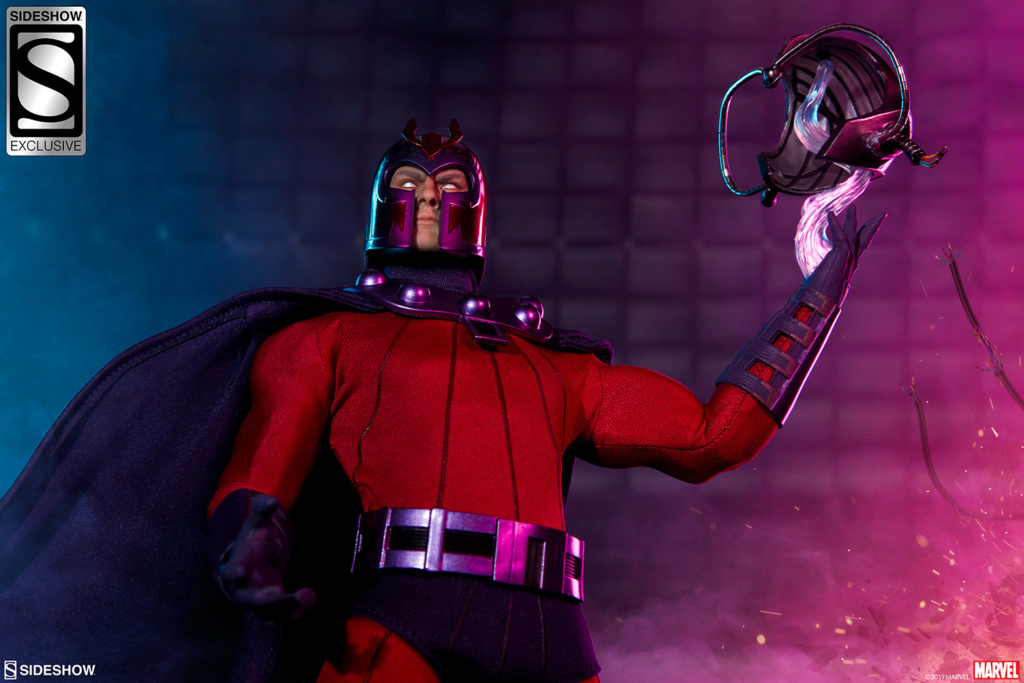 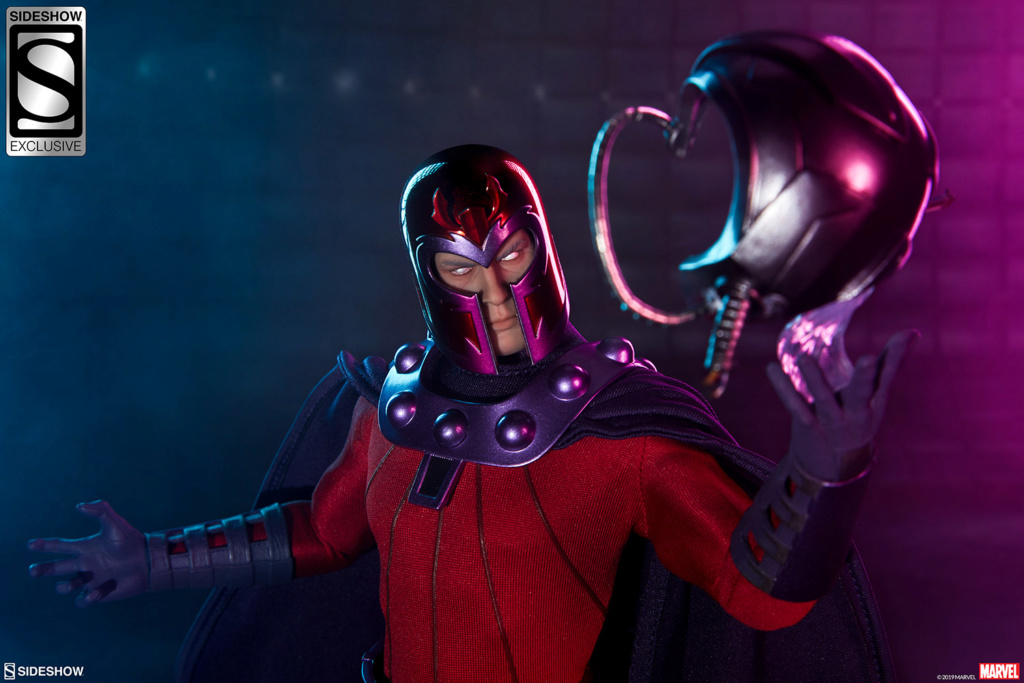 “There are no heroes or villains.  There’s just what I want and how I’ll get it.”

Sideshow is proud to present the Magneto Sixth Scale Figure, inspired by the iconic X-Men comic appearance of the Master of Magnetism himself.

The Magneto Sixth Scale Figure features a tailored fabric costume, which includes a red body suit with raised textures, purple shorts, and a wired, posable purple cape.  The costume is detailed with sculpted elements such as his metallic purple belt and mantle, and sculpted boots and wrist guards.  Magneto also features seven different hands, including a pair of fists, a pair of flight hands, a pair of crushing hands, and one left hand with a non-removable levitating effect.

The Magneto Sixth Scale Figure comes with two portraits carefully sculpted to capture the stoic intensity of the mutant leader.  The figure’s helmeted portrait includes his iconic red helmet with purple details, and his white eyes display Magneto’s abilities in action.  His unhelmeted portrait features silver windblown hair and a stern expression as Magneto looks to the future of mutantkind.  The figure also includes a non-wearable helmet for use with the levitating effect hand.

The Exclusive Edition of the Magneto Sixth Scale Figure includes a non-wearable Cerebro helmet accessory, which can be paired with the levitating effect hand for an epic additional display option.

Elevate your collection and add the Magneto Sixth Scale Figure to your brotherhood of mutant Marvel collectibles today!

What's in the Box?