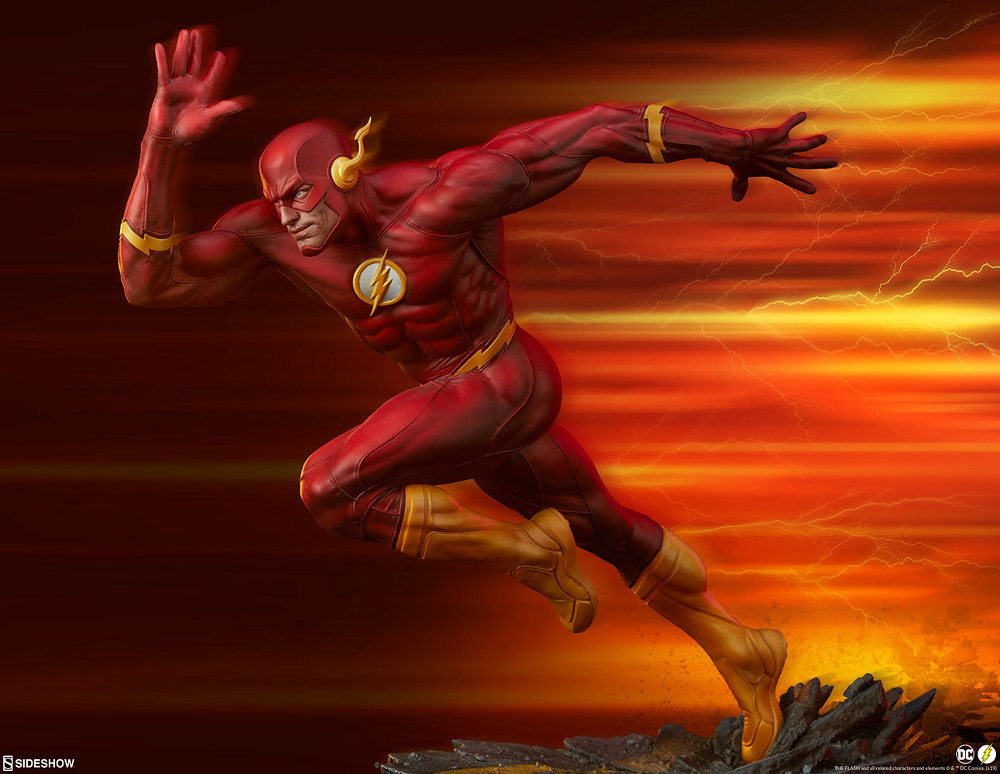 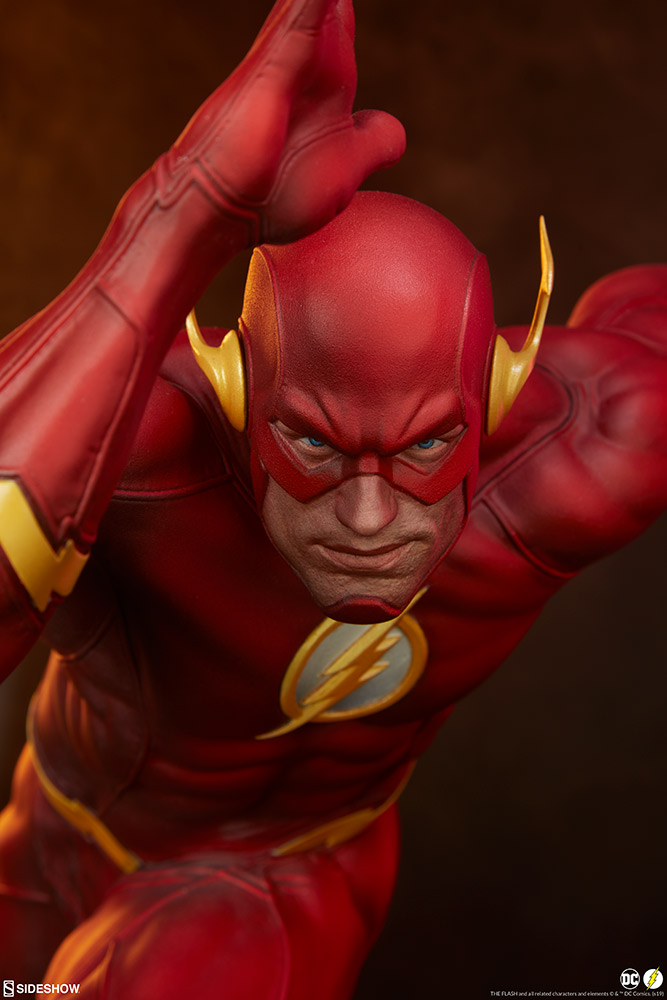 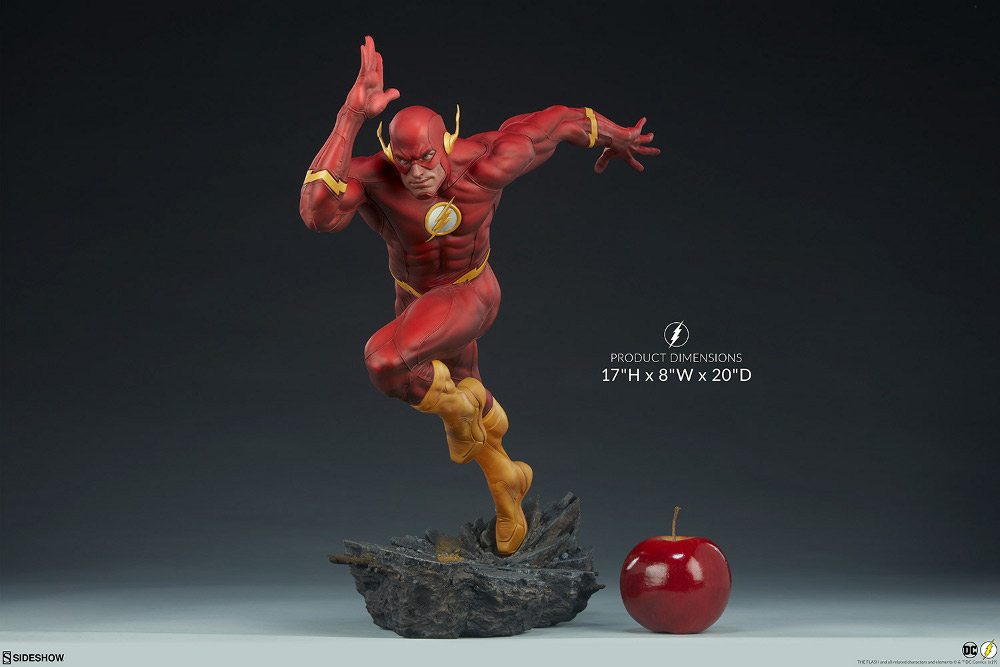 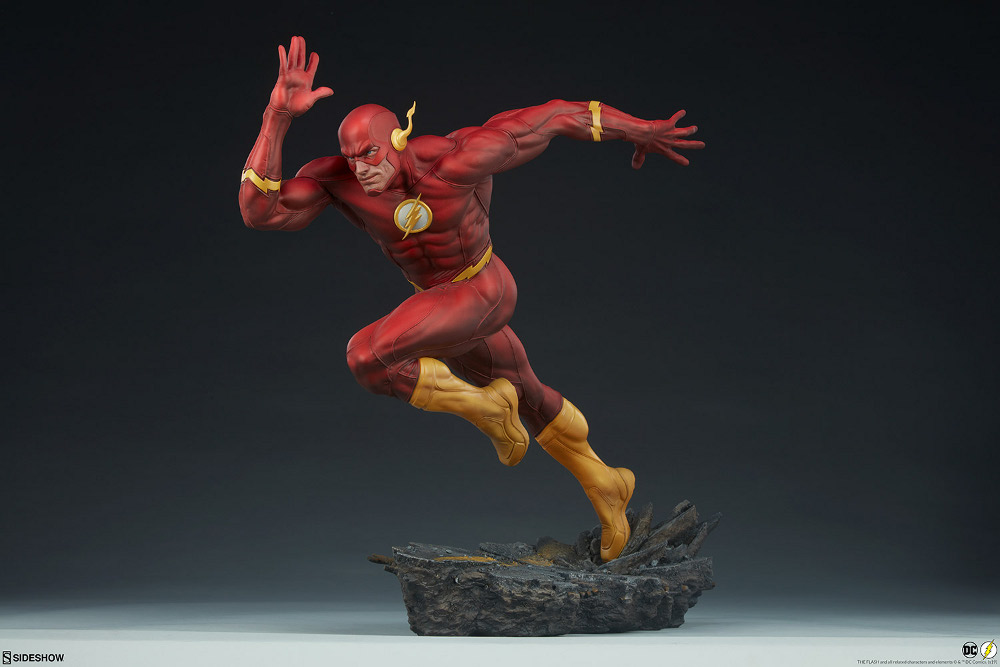 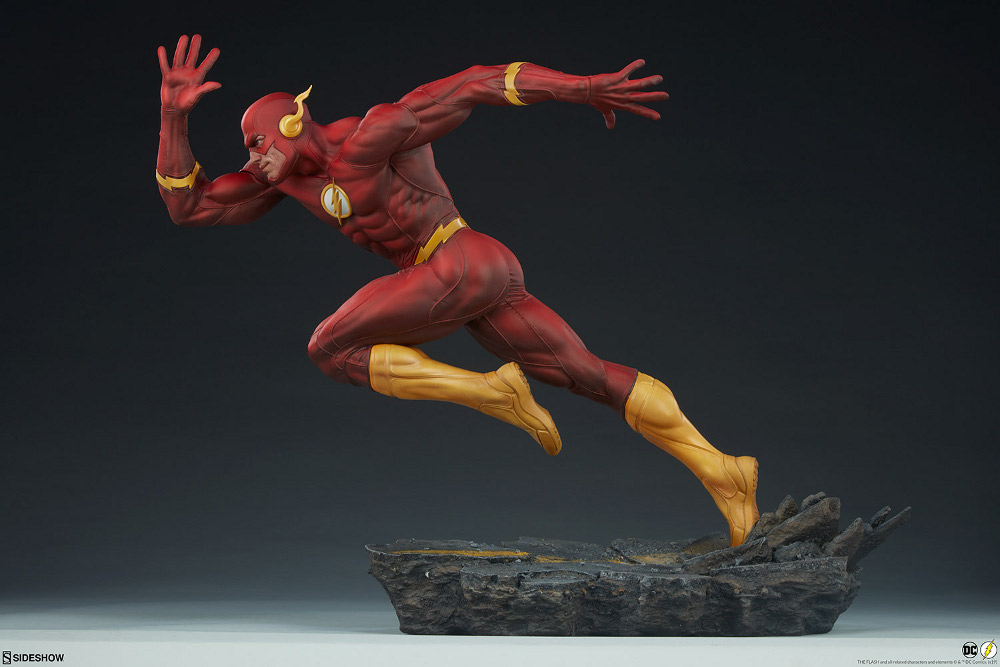 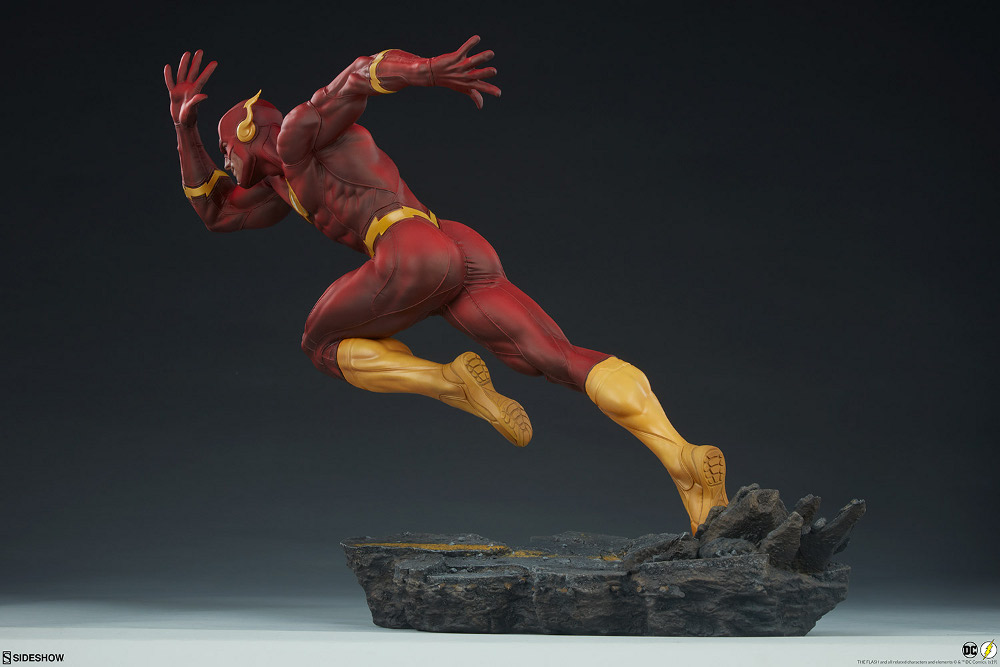 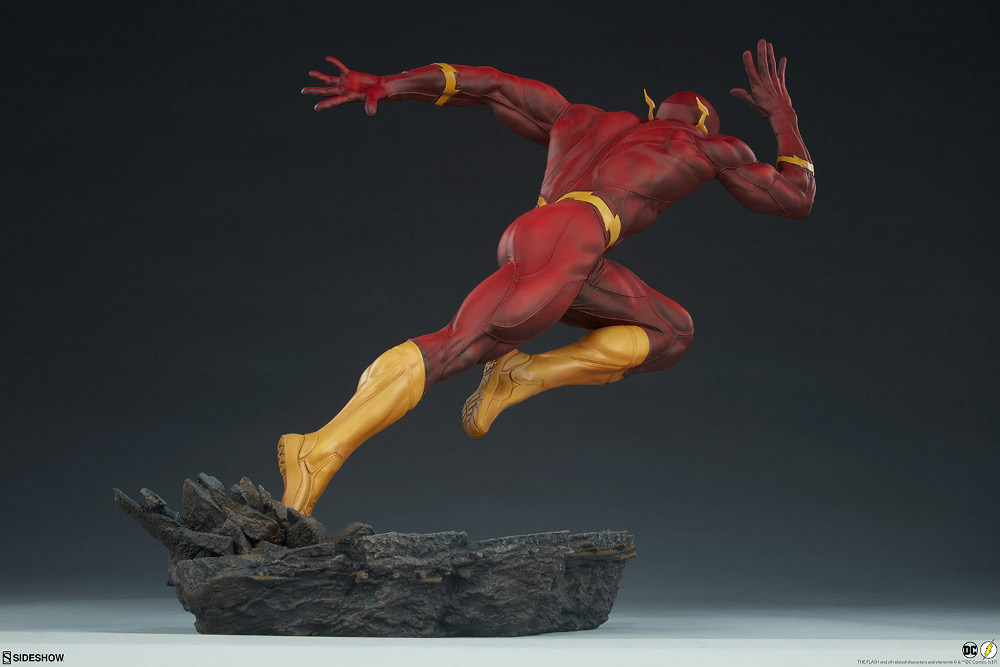 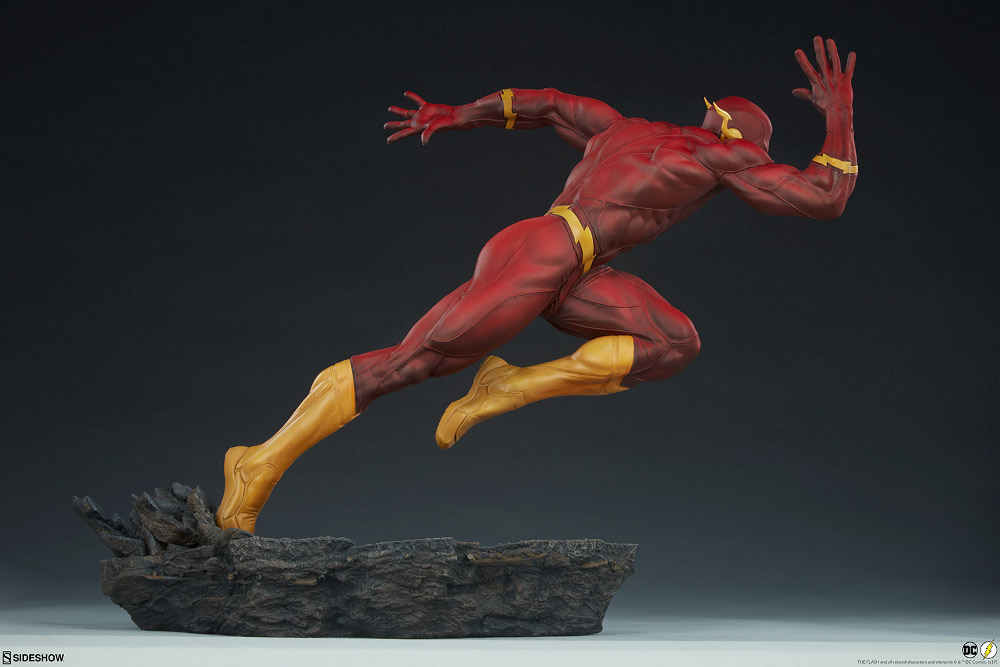 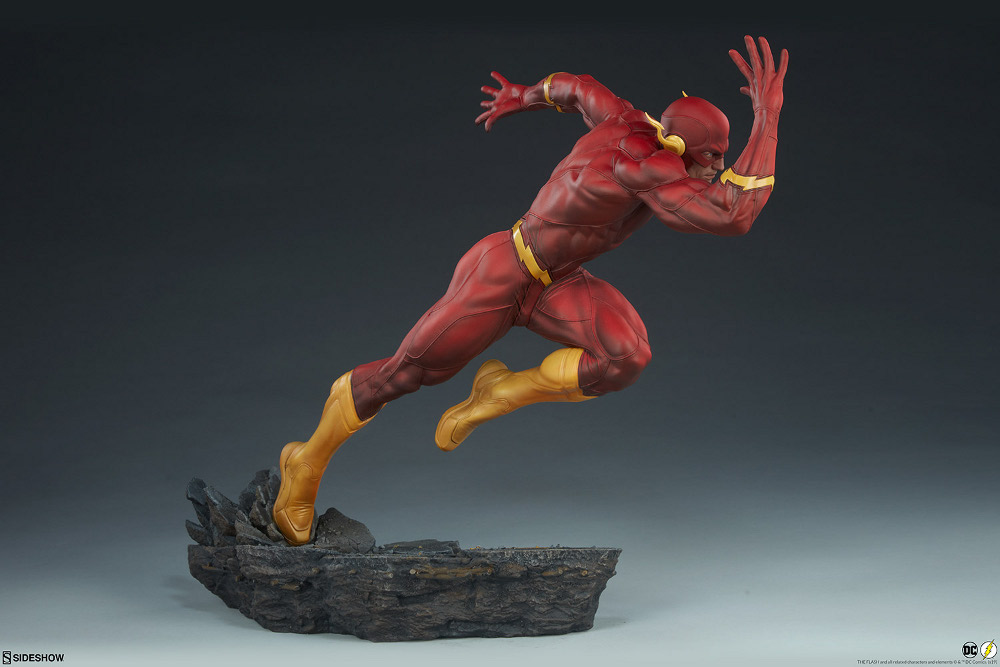 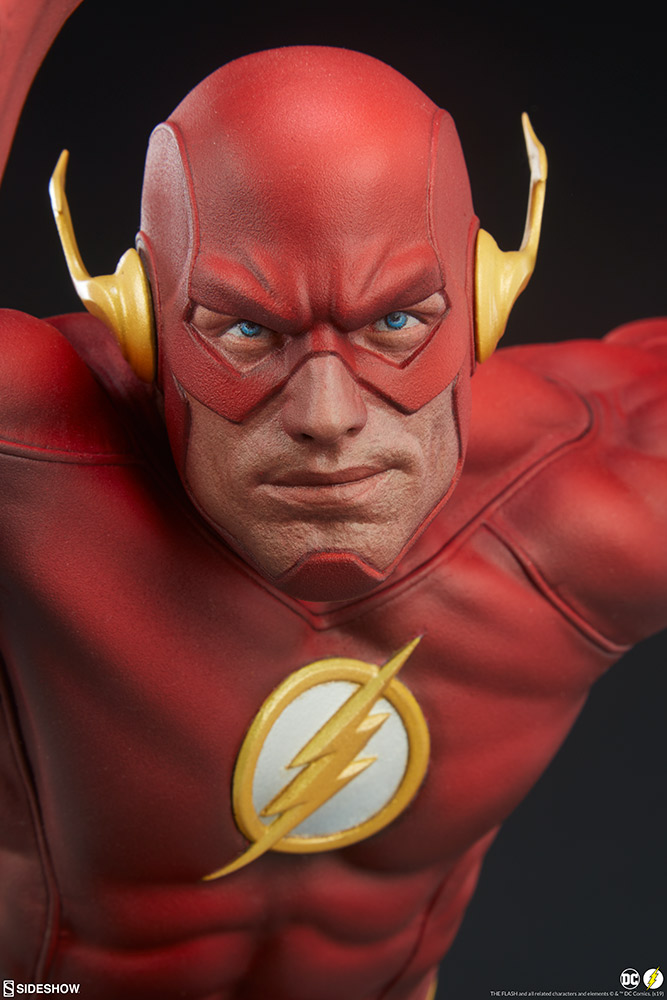 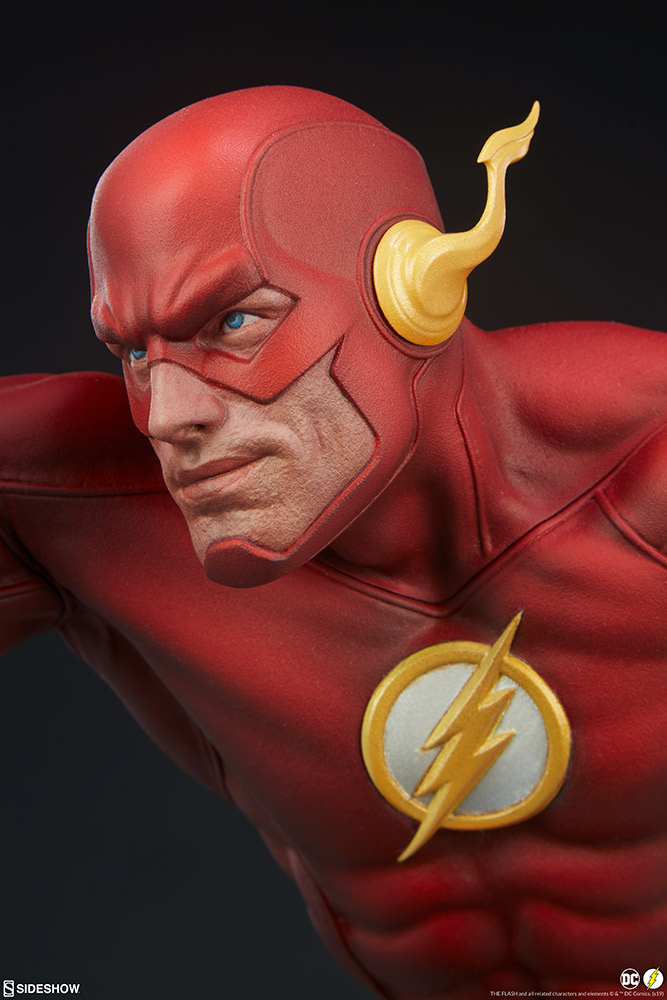 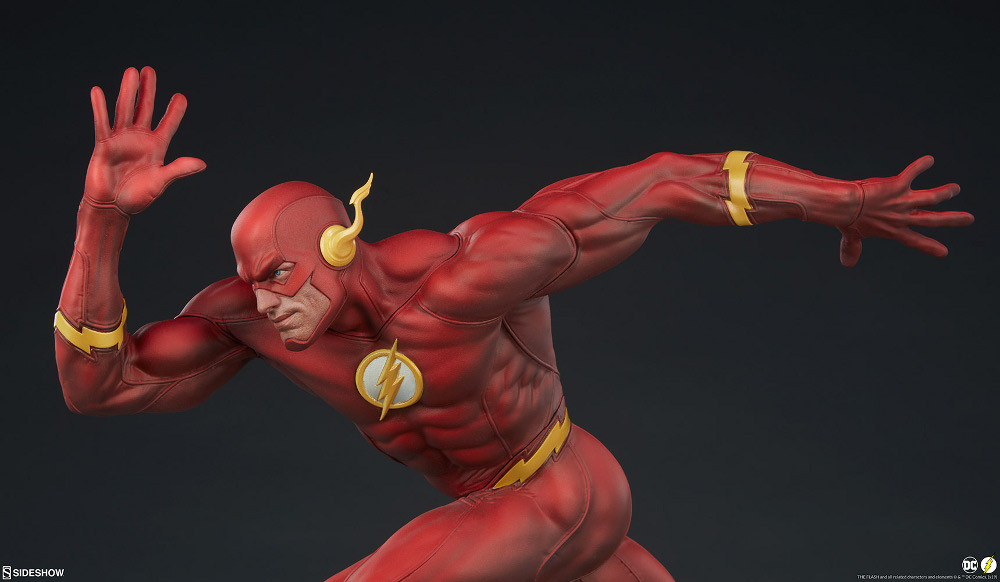 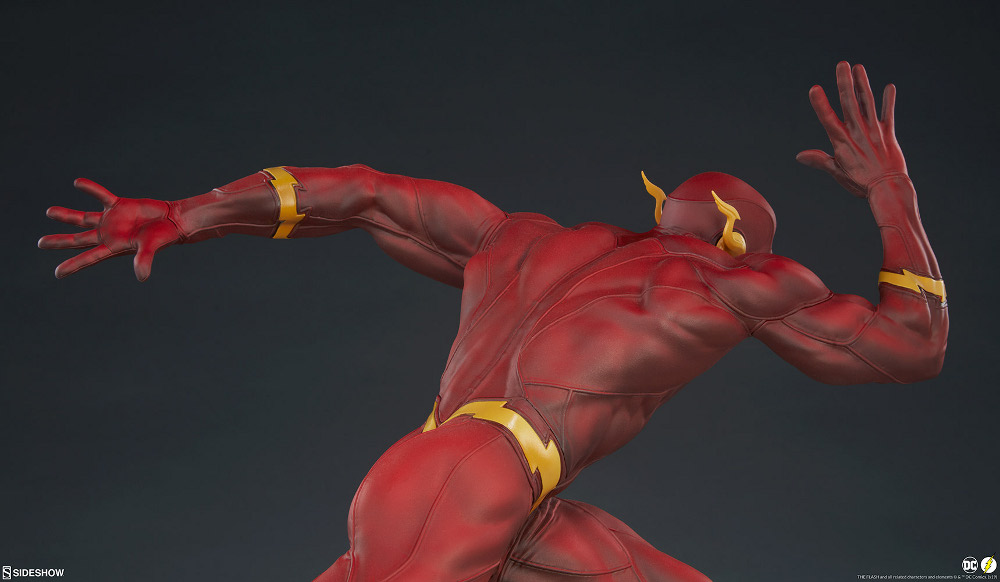 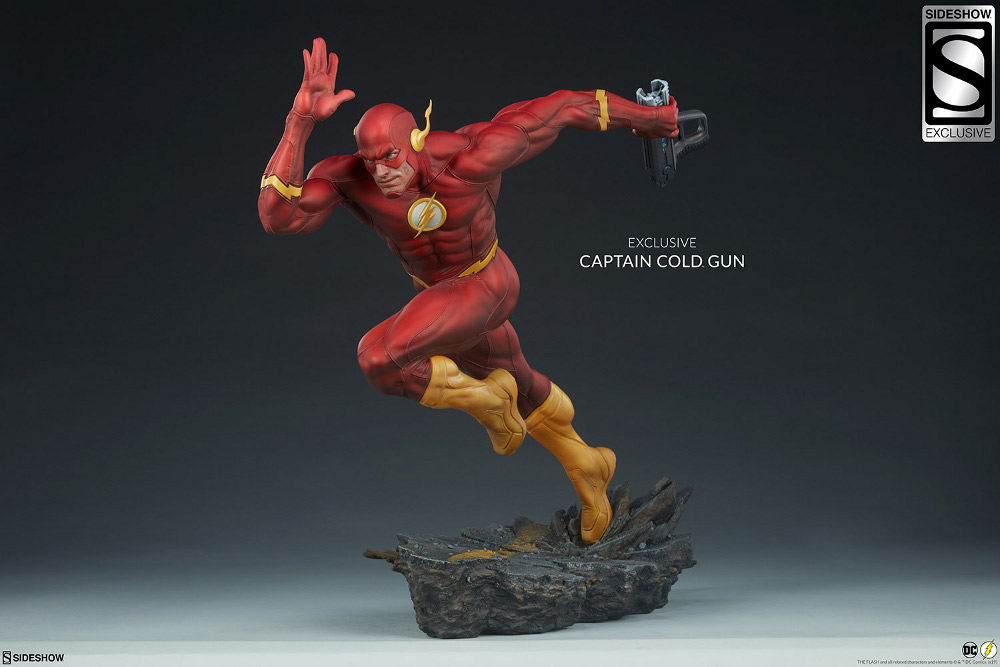 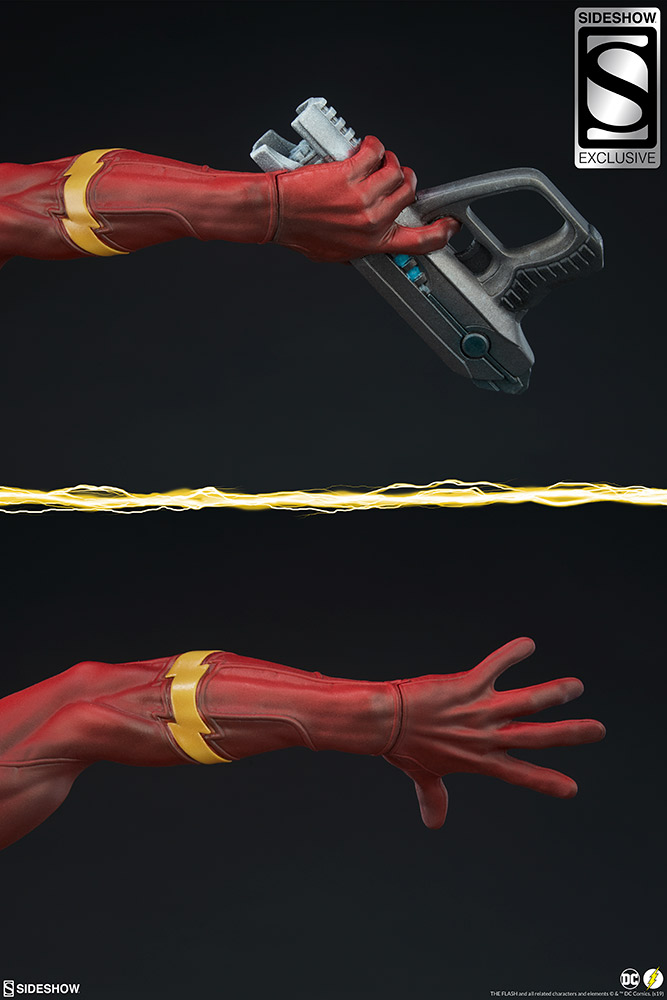 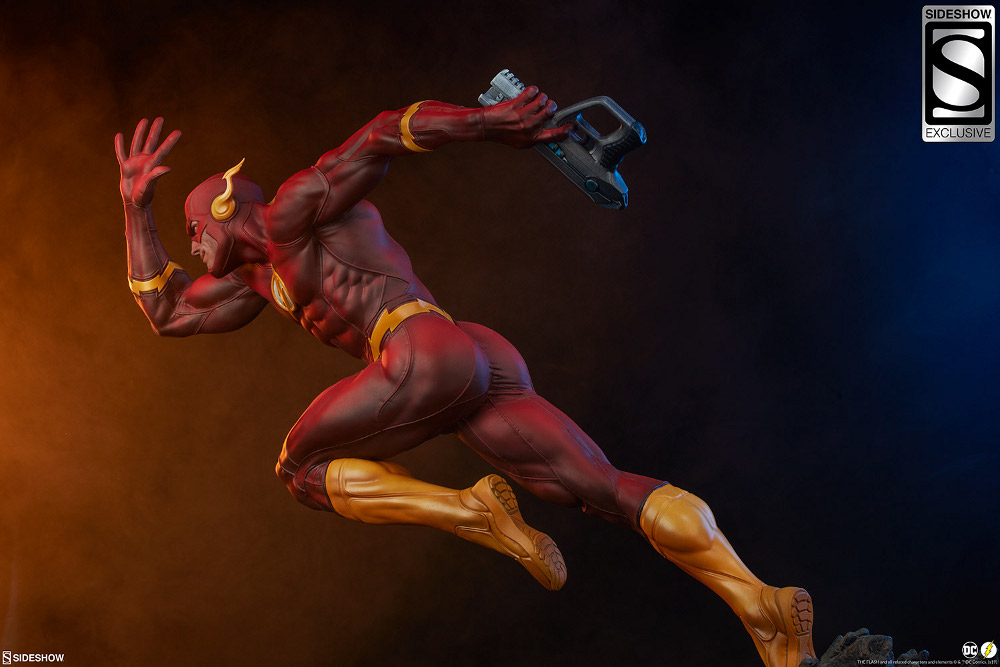 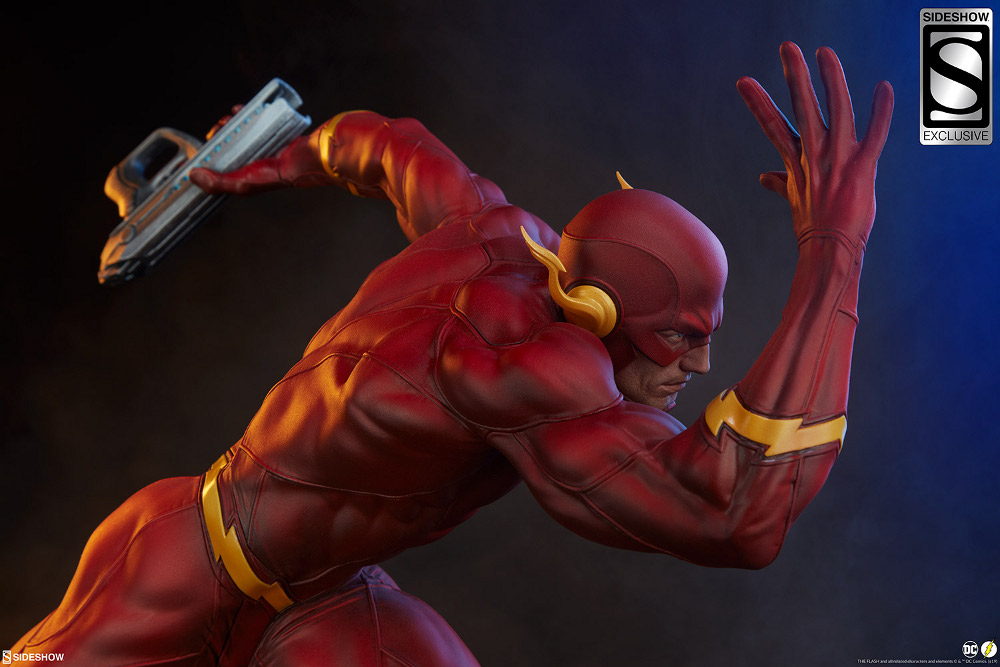 “Life is locomotion… if you’re not moving, you’re not living.”
Sideshow presents The Flash Premium Format

Figure, racing into your universe of DC Comics collectibles.
The Flash Premium Format

Figure measures 17” tall and 20” deep as the Scarlet Speedster races down a roadway, kicking up rubble beneath his yellow boots. This hyper-dynamic statue catches Barry Allen in a moment of bullet time, freezing him before our eyes before he speeds off to save the day.
The Flash Premium Format

Figure is rendered in polyresin and features an entirely sculpted suit that captures the detailed musculature of Barry Allen’s athletic physique. The crimson costume has sculpted piping and stitches designed to mimic the appearance of fabric as the fastest man alive sprints towards his next foe. The Flash’s costume also has yellow accents featuring his lightning bolt motif on the arms, chest, belt, and boots of the statue, as well as the yellow wings on Barry’s red cowl.
The Exclusive Edition of The Flash Premium Format