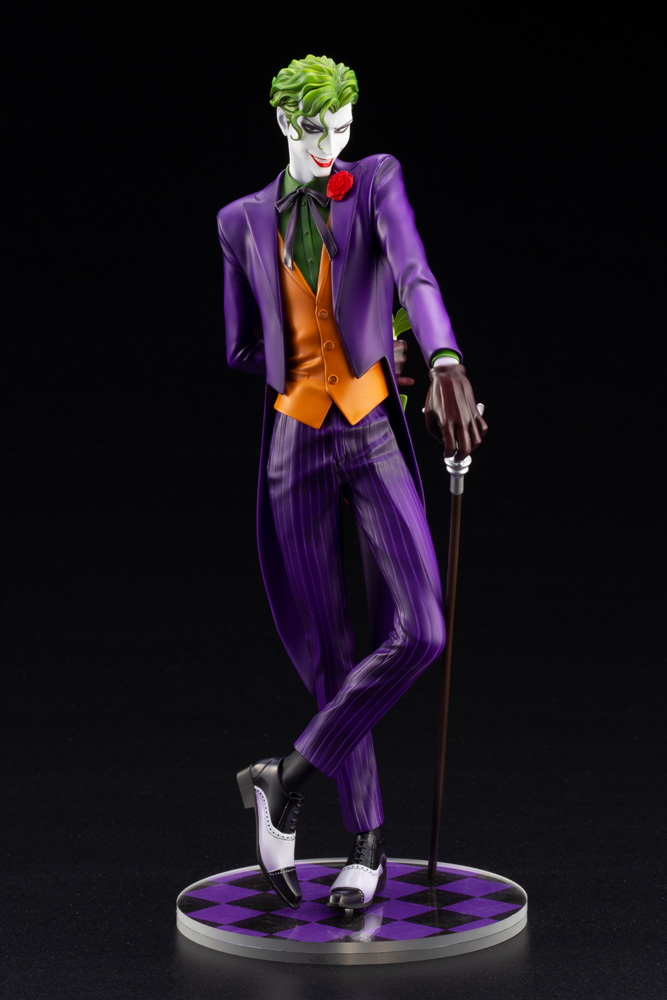 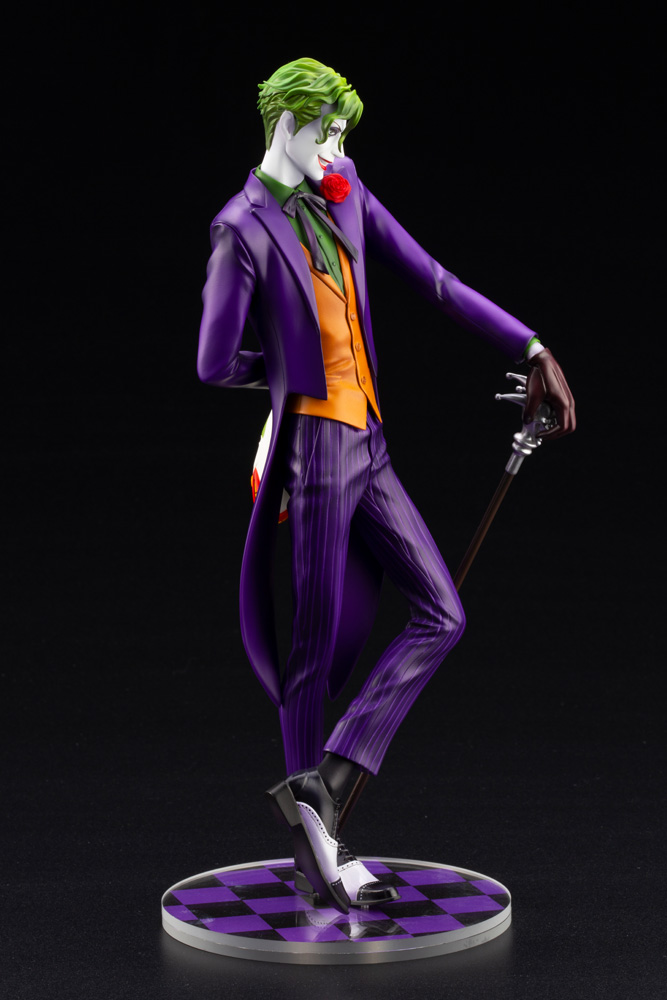 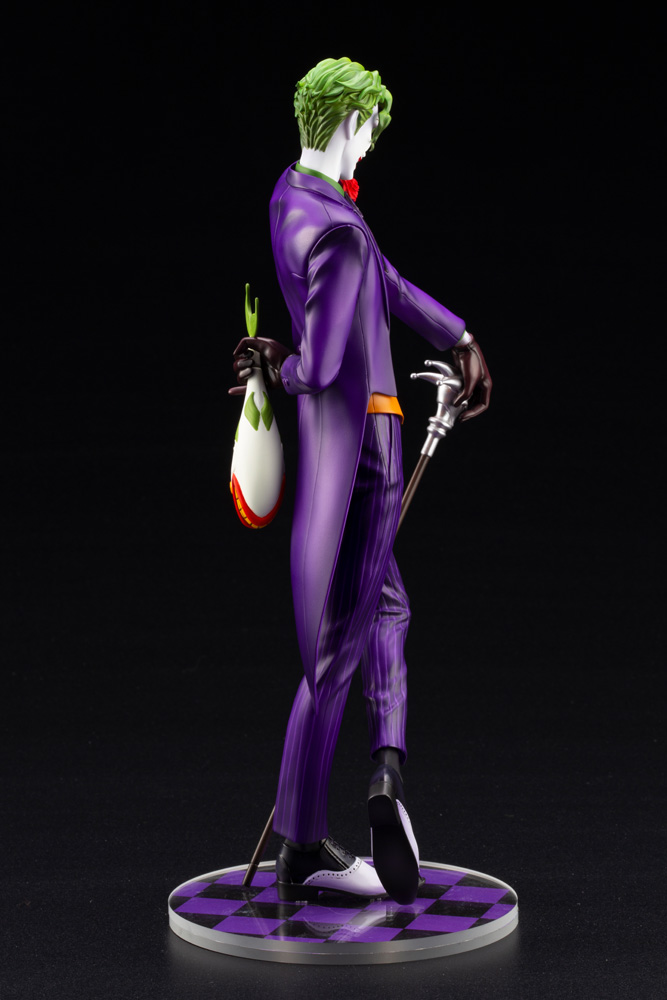 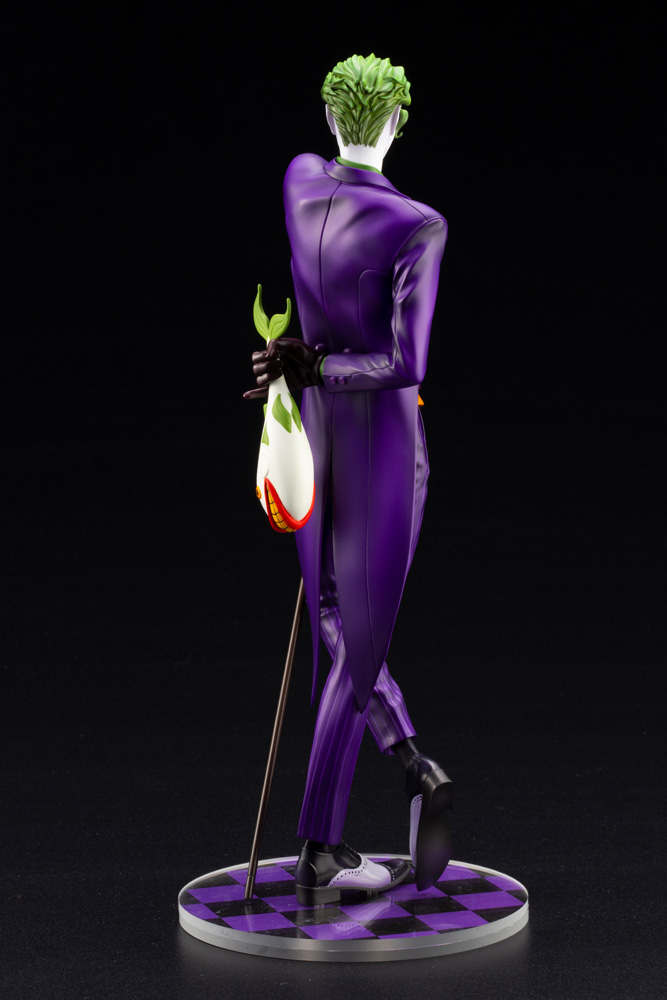 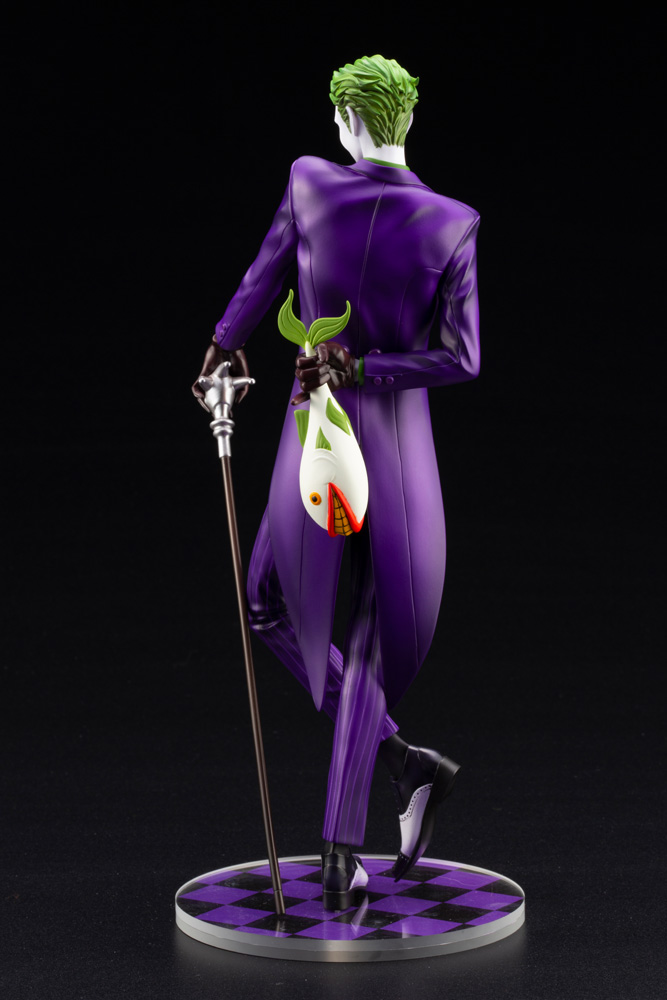 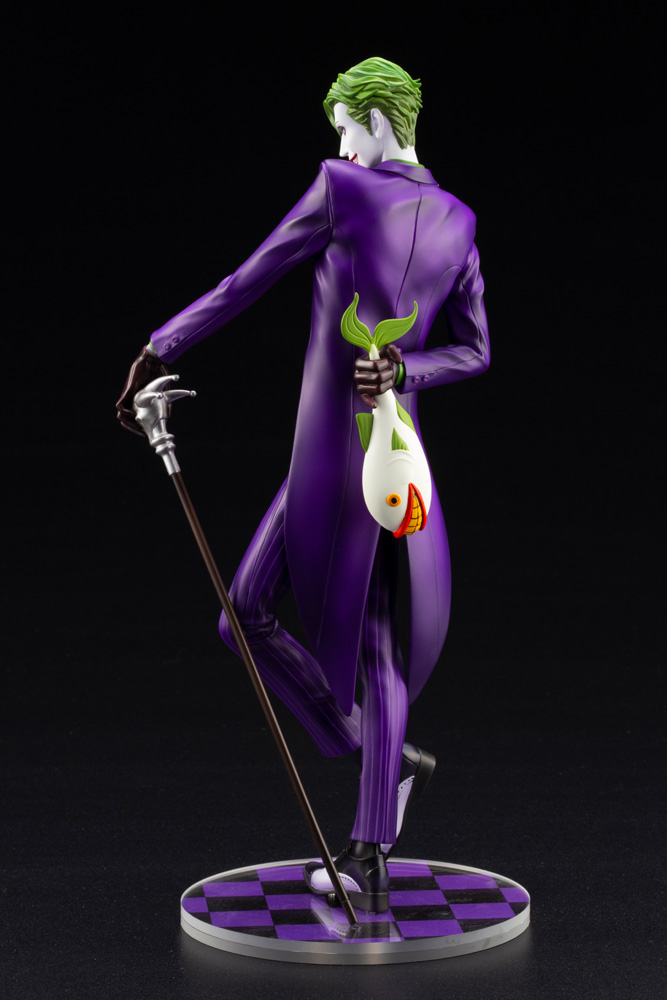 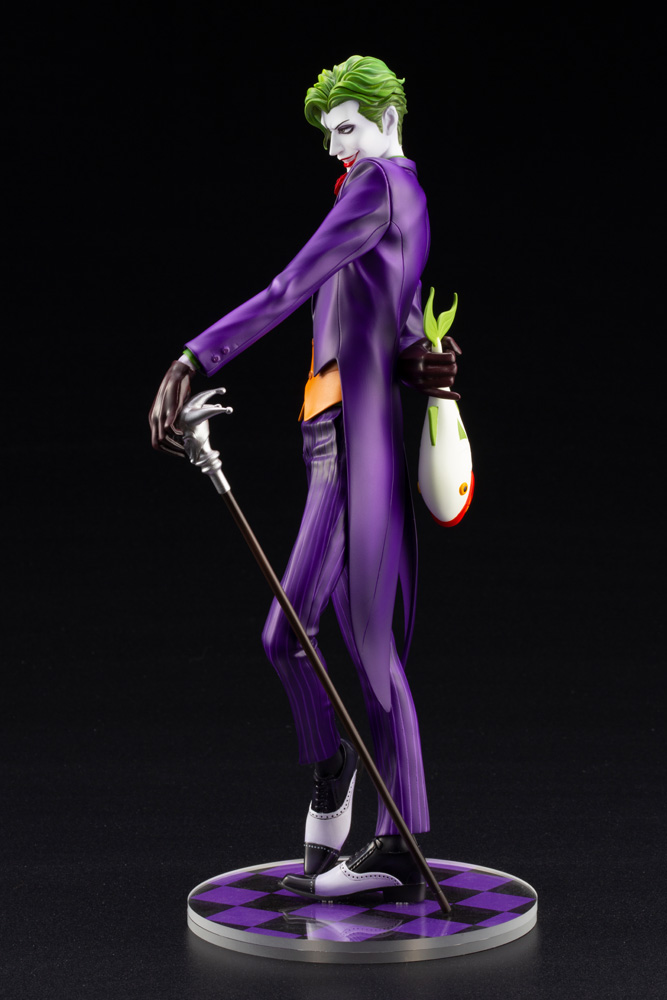 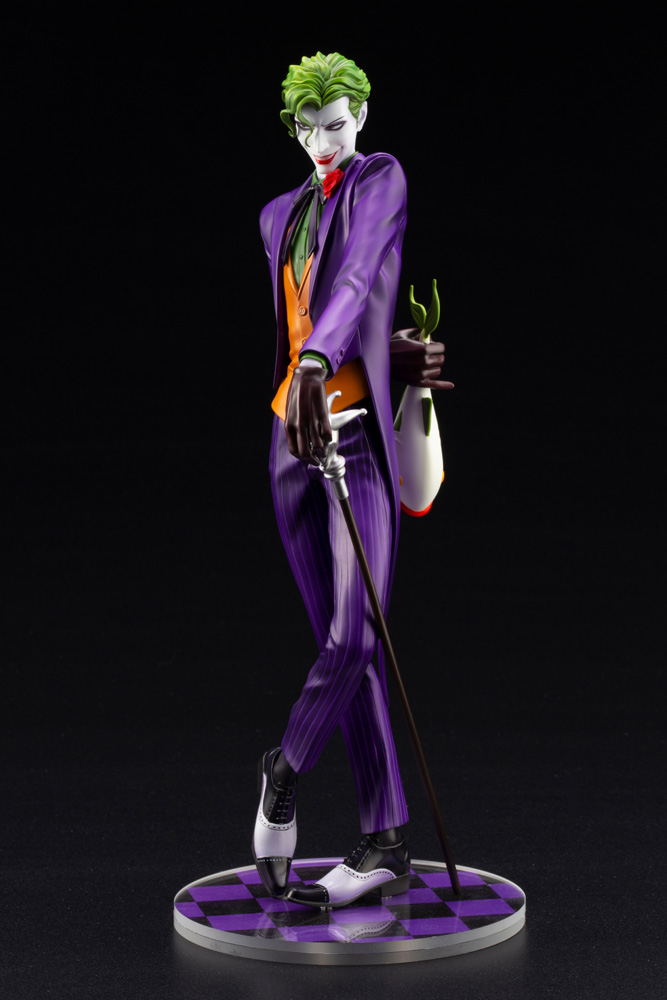 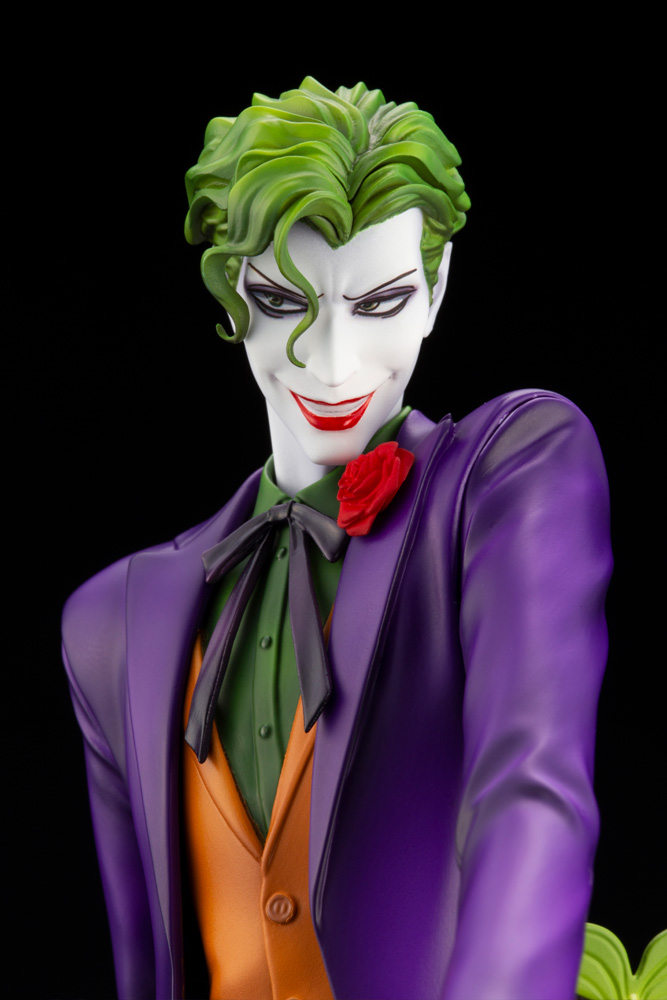 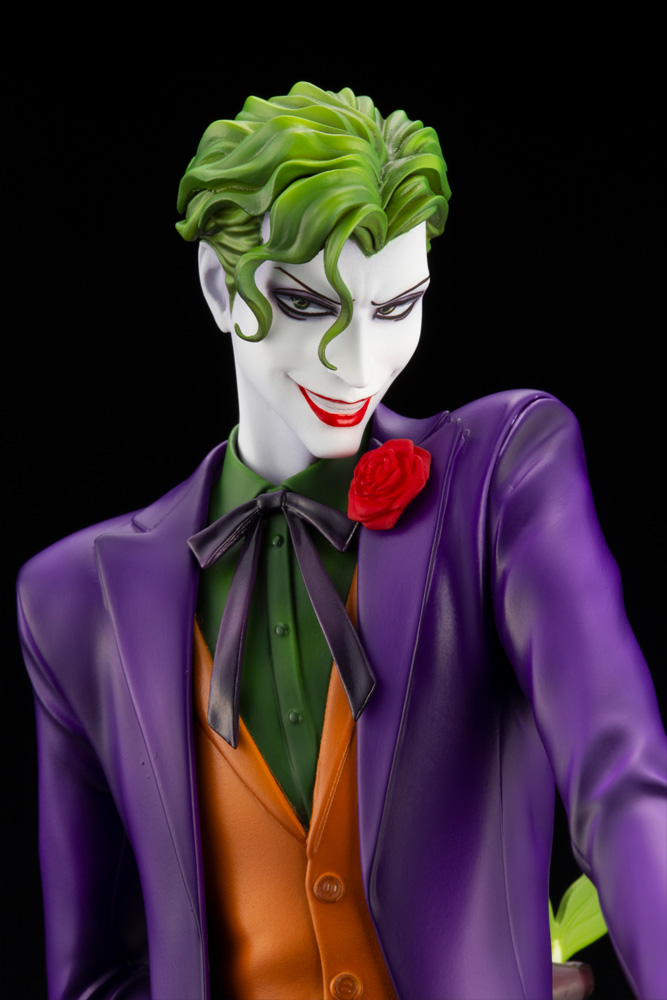 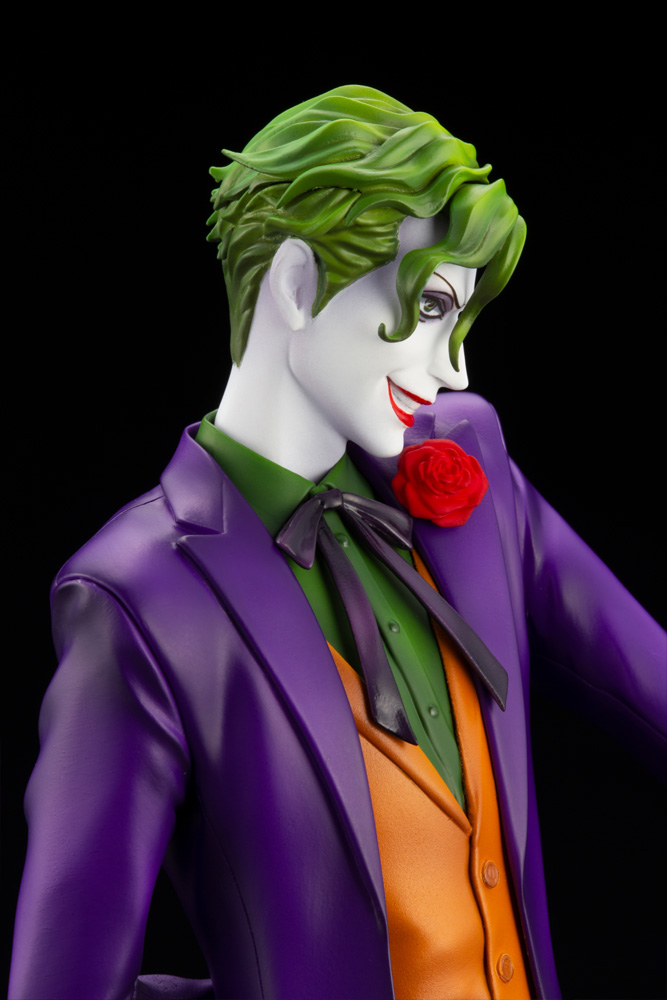 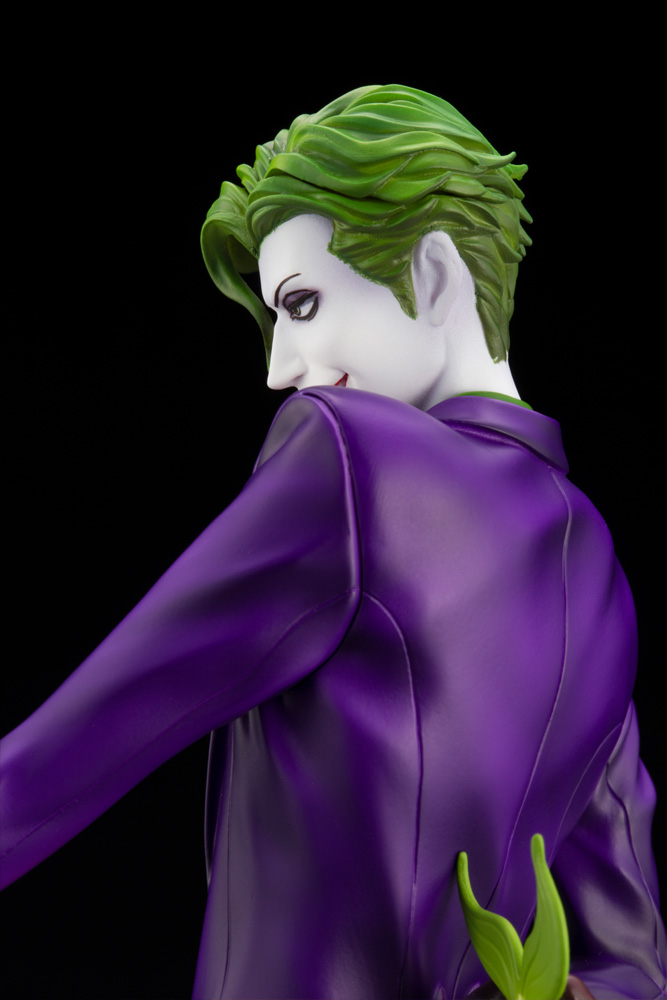 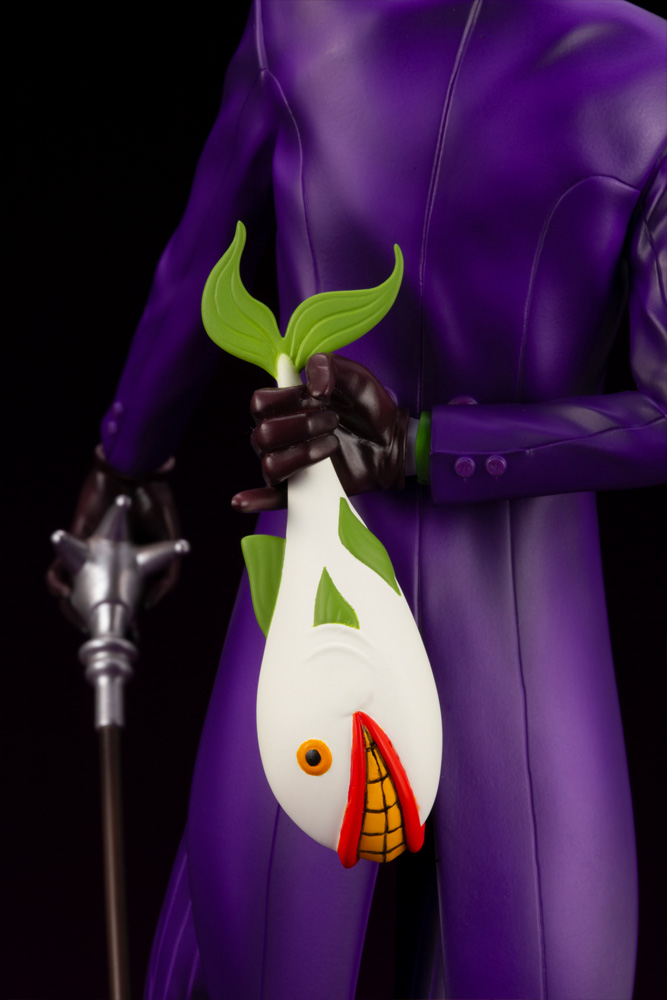 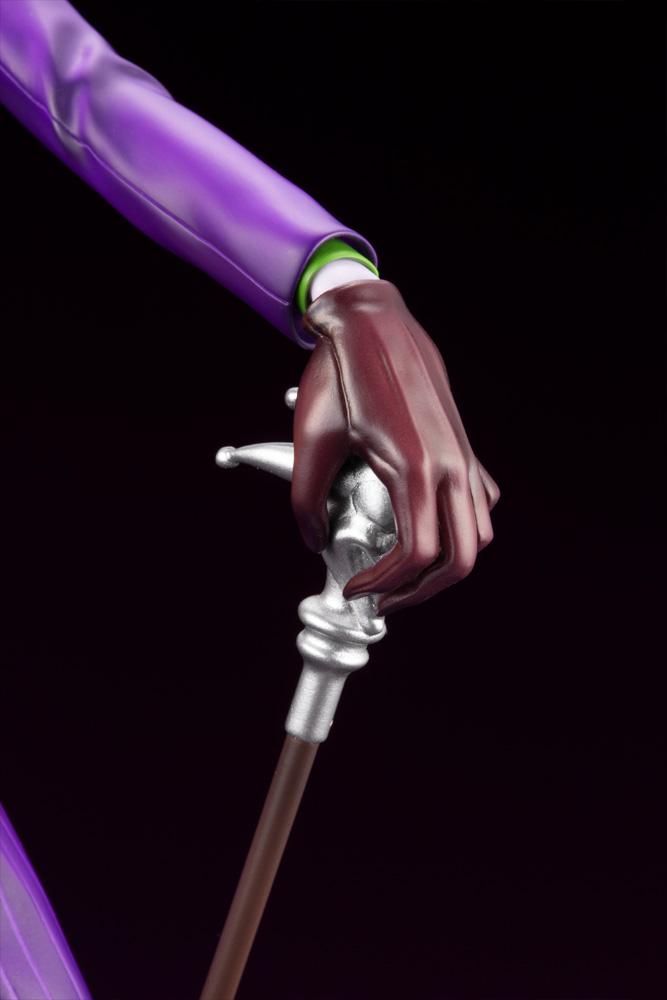 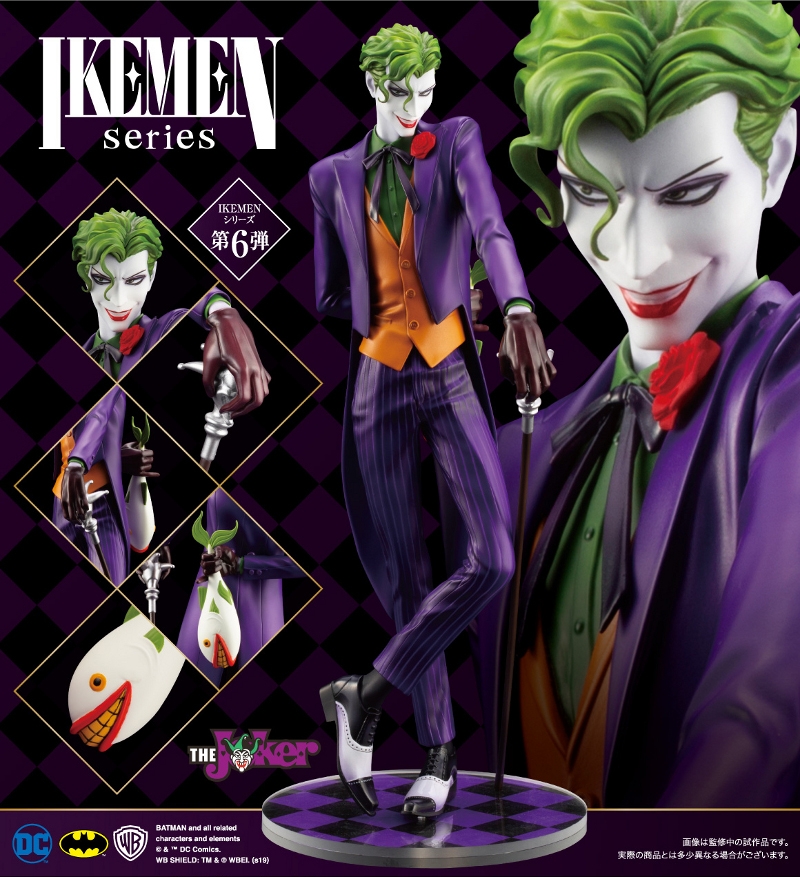 Kotobukiya has updated with photos and full details for their upcoming DC Comics – The Joker Ikemen Statue. The 1/7 scale statue stands just under 9.5″ tall, and includes a simple display stand. The Joker will include a cane with a Joker head in one hand, and a laughing fish in the other. The statue will be priced at $109.99, with a release set for February 2020.

DC Comics – The Joker Ikemen Statue
A KOTOBUKIYA Japanese import! Kotobukiya’s IKEMEN series continues to amaze fans all around the world! Similar to the popular Bishoujo series, this fantastic expansion is a lineup of popular characters re-designed by the famous Japanese illustrator Ricken in the Japanese Ikemen (“handsome men”) style. Joining the Ikemen lineup is the Dark Knight’s arch enemy: Joker! From the trademark purple suit and mischievous grin, to the long staff and “Laughing Fish” held in each hand, this statue perfectly showcases the measures Joker would take to get the final laugh. There’s something to see from every angle on this stylish statue! Enjoy the world of Batman by collecting and displaying alongside other Ikemen statues from Kotobukiya!